We often aspire to be a millionaire someday, don’t we? But this is surely not a miracle that could take place overnight. It takes years of hard work to reach the zenith. However, every candidate begins from that interview room, where he/she has to present their resumes to a recruiter. Therefore, the need of the hour is to prepare a noteworthy resume that can sway them off their feet! Why worry when you can rely on ourresume writing services for this?With the first step, it comes along all the hardwork that you need to invest, just exactly the way these people did. If you aren’t aware of the top10 highest-paid employees in 2019, then this blog would definitely satiate you! So, let’s have a look at them. Feel inspired!

Woah! Isn’t this figure to big to register in your mind? Well, this is what Dara is making every year! 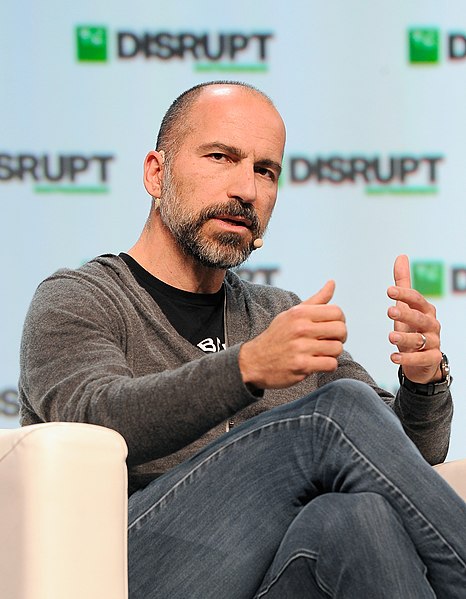 With this unmatchable amount, he is the highest-paid employee in the world today. Serving as the Chief Executive Officer in Expedia since 2005, he exhibits great leadership qualities. This is because, under his guidance, the company has left its footprints in more than 60+ countries all across the globe. His base salary is $10,00,000. the rest of the amount consists of a bonus of $27,50,000 and stock awards of $90,845,602. 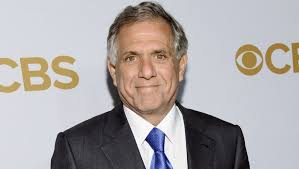 As he is the CEO, he continuously thinks about out-of-the-box ideas to enhance the ratings and viewership of his shows. Since 2015, his pay has seen an increase of 22% and mainly consists of $32 million cash as well as several bonuses in the form of $31.9 million.

He is the former president and CEO of Viacom and is the third highest-paid employee in the world. He worked there till 2015 and during that year, the package that he got was $54 million. 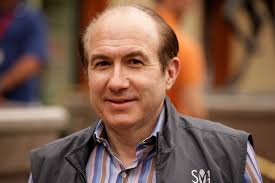 He got a compensation of $93 million in 2016 when he quit. It consisted of his base salary of $3.6 million and several other bonuses of $31 million. With his termination, the company came into limelight.

Dr. Leonard Schliefer is the owner and founder of the famous pharmaceuticals named Regeneron. As per Forbes, he is one of the leading Bio-Pharmaceutical executives in the world. Interestingly, since the time of its inception, the company has seen an alarming hike of 220% in the prices of the shares that the company holds. 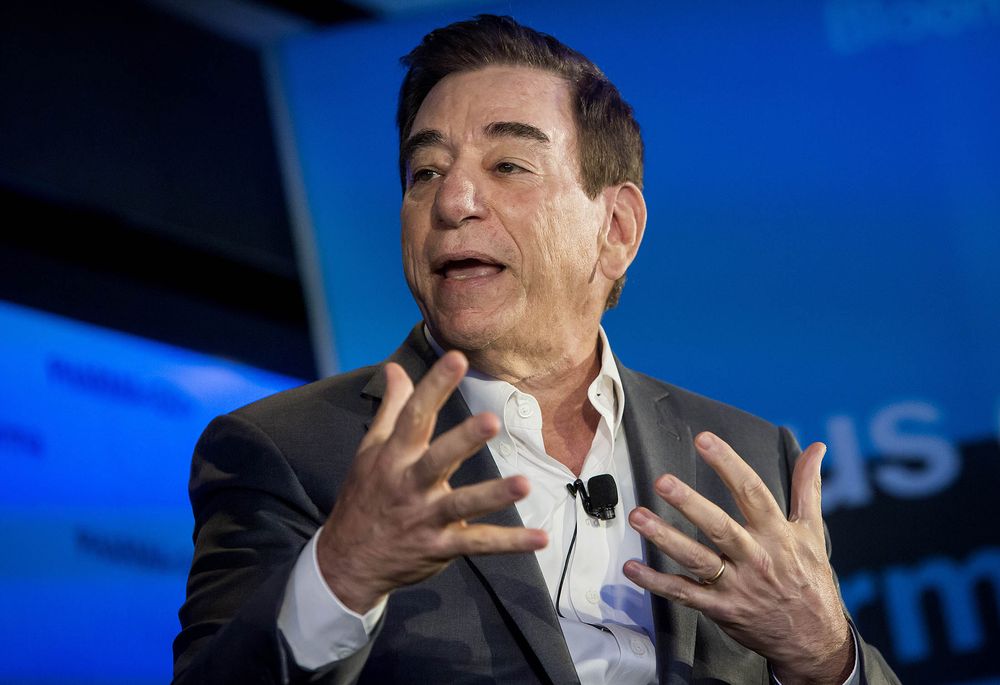 The company where he works has brought several new drugs for Asthma, Arthritis, and Cholesterol that have contributed immensely in giving a boost to the overall annual earnings. 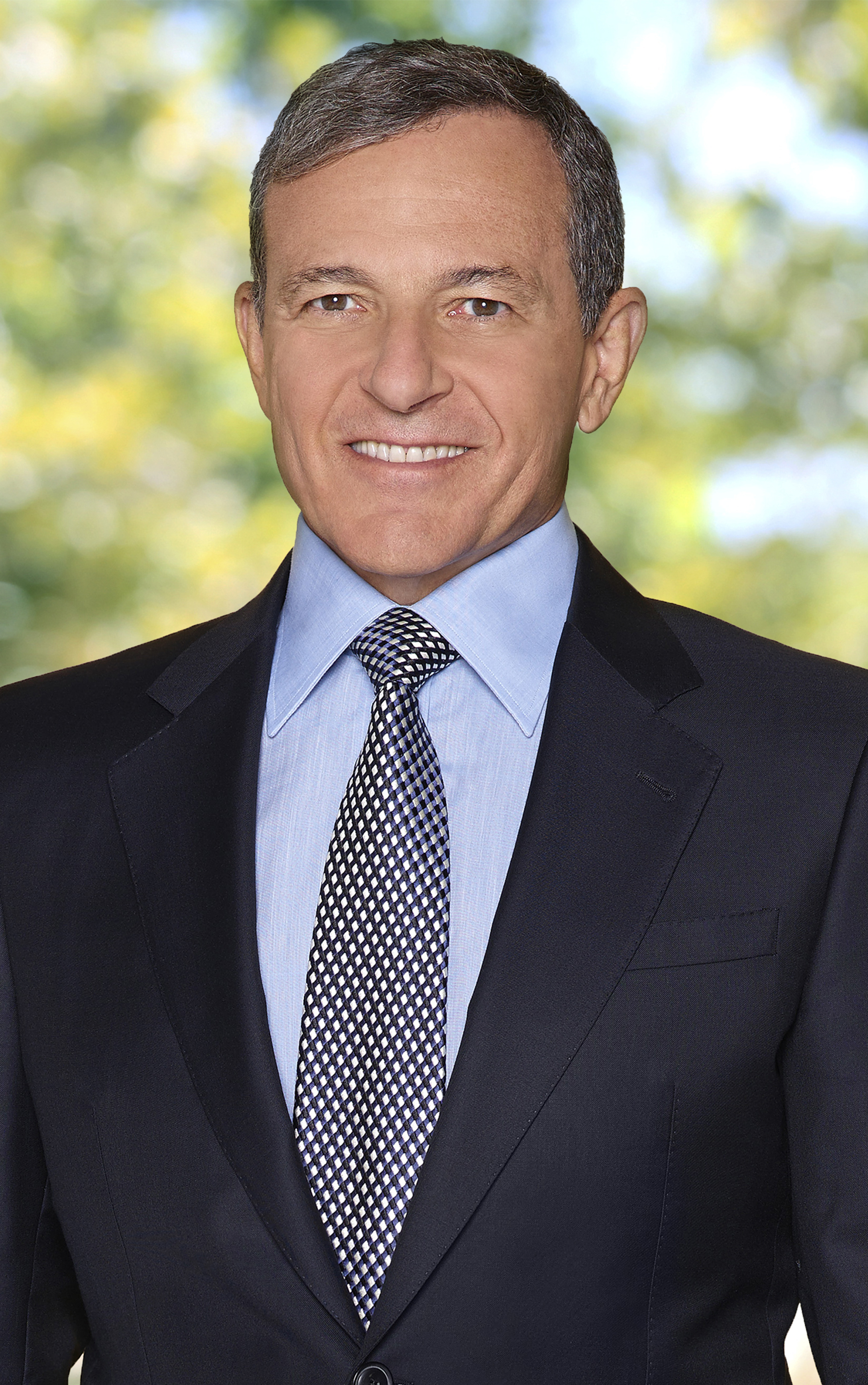 It is interesting to know that R A Iger works on three principles, which are Creating Creative Content, Making use of the latest technology to foster innovation and broadening the creative content across all the social media platforms. These principles have helped him become the 5th highest-paid employee in the world.

He is the Co-CEO and director of a very famous company named Oracle. Having joined this technological firm in 2010, he was initially the Co-vice president of the organisation. Based on his striking work performance and experience in HP, he was awarded the position of the Co-CEO that later changed into the position of the director. 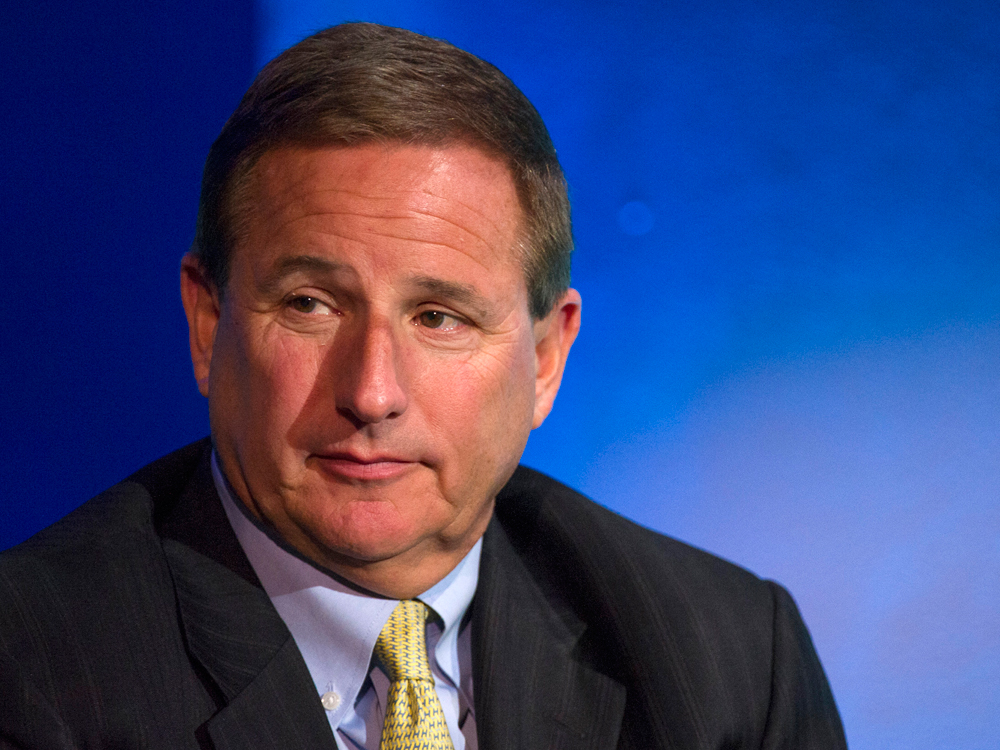 He hasn't gained the title of the 6th highest-paid employee in the world in a day or two. With his dedicated efforts and an experience of more than 30 years of industrial experience, he has gradually won this title. Since the time he has joined Oracle, he has taken the firm to new zeniths by showcasing effective management strategies and continuous innovation techniques. His base salary is $9,50,000 and several other compensations that sum it up to a total of $41 million annually.

Safra is not only the 7th highest-paid employee in the world but also the highest-paid female employee in the US. She is the Co-CEO of the most renowned company, Oracle for seventeen years now. In the year 1999, Safra took over the company as the Vice president and since then there has been no looking back. 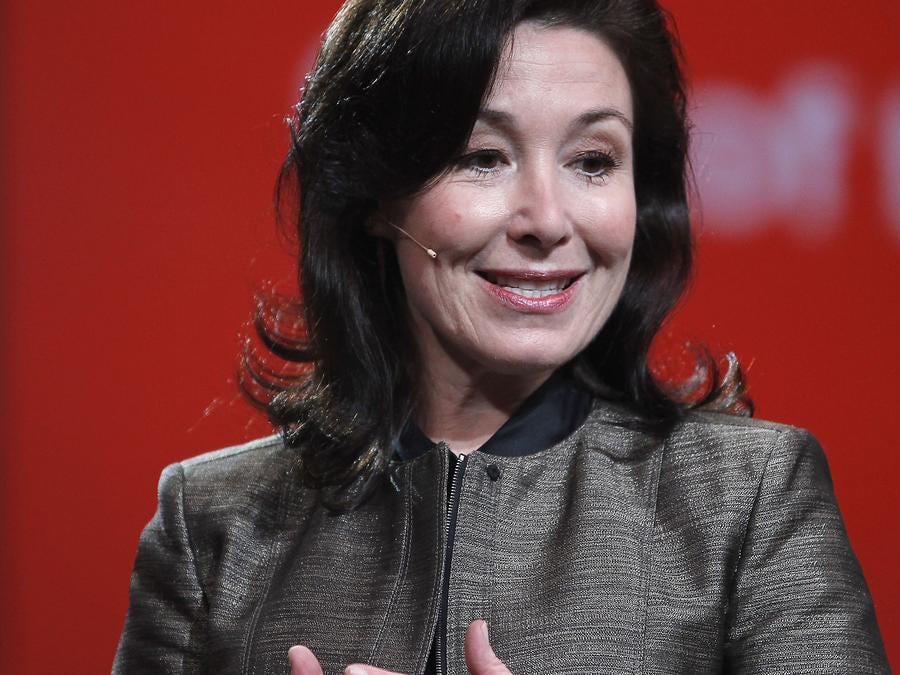 She single-handedly takes care of all the financial, legal as well as the manufacturing operations in the firm. When she became the Co-COO in the year 2015, her base salary was $1 Million and several other equities in the form of $10.5 million. She is known to possess an aggressive approach towards decision making that has been rewarding for the company.

Frank is the CEO of First Data Corporation. He is an intellectual visioner who transformed the figures of the firm with the use of the latest and innovative technologies. Earlier, he was seen working with Mortgage banking. When he entered the First Data Corporation, he converted 23000 working employees in the form of equity ownership.

Interestingly, the company utilised his skills which contributed towards a huge turnaround for the firm that has also been mentioned in the Wall Street Journal. In just 4 years, Frank has made a lot of strategic decisions that have executed well for the company.

There has been a fall in the earnings of Sandeep Mathrani this year, however, this has not affected his ranking as the 9th highest-paid employee in the world. Sandeep Mathrani is the director and CEO of General Growth Properties. 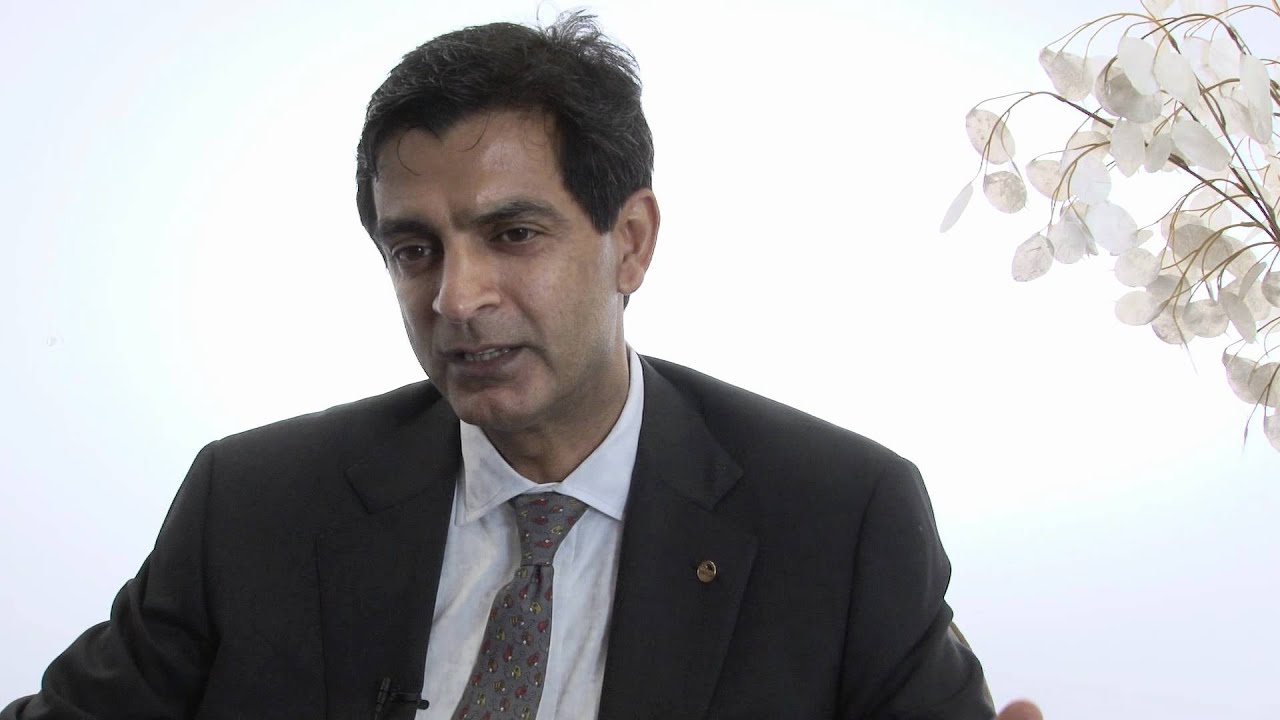 When he joined, the company was recovering from bankruptcy. With his dedicated efforts on real estate, the firm soon regained its position in the global market. Now, having an experience of more than 20 years in the real estate industry, he is known as the veteran in the industry.

Howard M Lorber is currently the president and CEO of the Vector group. Known as a smart investor, he is known to possess half ownership of Douglas Elliman. Since 2016, there has been an increase of 40%. 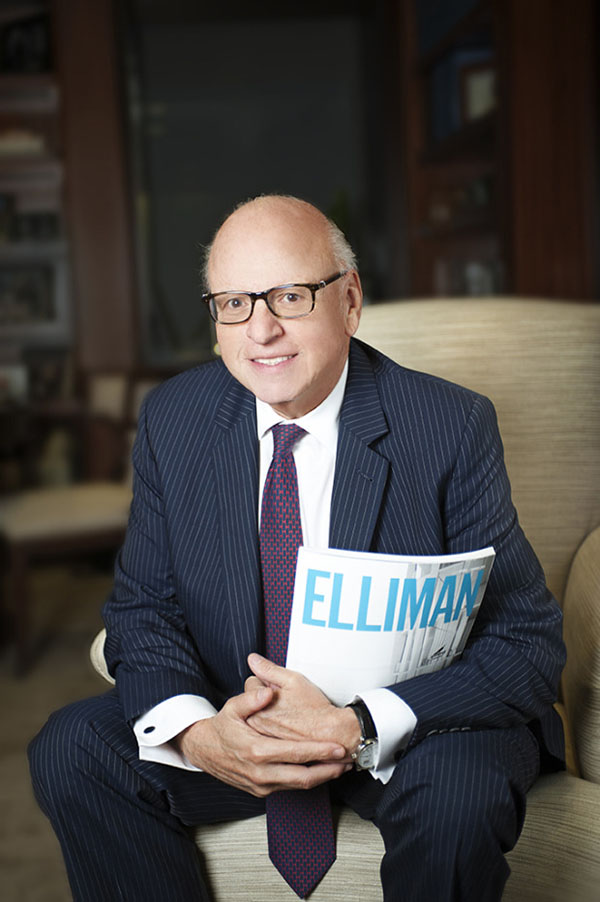 Initially, his earnings were $42 million and now it has reached $30 million. He also gets a lot of perks like car and driver, $90,000 of lodging and 2 club memberships, etc. In addition to this, he is also the chairman of the hot dog company and is the director at Morgen Hotels.

Get Started With a Robust CV Crafted by our CV Writing Experts!

Wouldn’t it be great if you could see yourself grabbing the best salary packages at your university? To achieve this, the first step is to be prepared with a professional resume.My Assignment Servicesis a firm that has a team of expert resume writers who have helped students accelerate in their career with the help of high-quality resumes. To know more about our resume writing services, do talk to our customer support executives right away!