When Adam Smith invented Capitalism or Trotsky chanted “Long Live the Revolution”, both gentlemen although noble in their intentions but in all their innocence or ignorance failed to factor in the greed: a basic human instinct. The cause of all poverty in the world is the human greed and it doesn’t seem to be mellowing down.

In absence of a ‘Laisezze – Faire’ or a true free market, the flow of the wealth remains unregulated. What UN attempts to achieve through this marquee day is a global conscience where the privileged develop a sense of empathy and to include the worst poverty affected individuals in the #EndPoverty Movement. This day is also a testimony to the efforts of Father Wresinski; the champion of the poor. Father Joseph was the first to demand eradication of poverty through his international movement ATD Fourth World. He declared 17th October as the International Day for Poverty Eradication for the first time in 1987.

Did you know that till as recent as 2015, almost 750 million people in the world were living with a daily income of less than 2 U$? Not only is this figure further deteriorating, United Nations 2017 data also suggests that more than half of the world population is deprived of any kind State driven social security programs.

2020 concludes the 27th year since the UN General Assembly resolved on 22nd December 1992 to practice 17th October as the International Day for Poverty Eradication. It was to honor the efforts of Father Joseph Wresinski who strived for the betterment of the poor and impoverished and founded ATD Fourth World; an international movement against Poverty.

As per Father Joseph, poverty is a direct violation of human rights. It is a deliberate attempt by the rich to force large chunks of human population to live without dignity and basic life needs, just so they can work for lesser wages to survive; a vicious circle indeed.

It was him who launched the International Day for Poverty Eradication in 1987 which was four years later formalized by the United Nations General resolution 47/196.

A Haitian woman preparing clay cakes, using clay, butter and salt. For Haiti, which is amongst the top 5 poorest countries in the world, these clay cakes have become an internationally recognized symbol of malnutrition and poverty which is prevalent in the country. Image – UNESCO (Logan Abassi)

It began with an almost a revolution in 1987 when hundreds and thousands of people gathered at Trocadéro Paris, the same place where the ‘Universal Declaration of Human Rights’ was signed in 1948.

Over a hundred thousand people rallied with slogans that Poverty violated human rights and it was this fateful day when it was established that poverty may be inherited but is a man-made woe and can be ended with inclusive efforts. The movement under the leadership of Father Joseph emphasized that just helping poor will not end poverty. To abolish it we need to create an economic ecosystem where every man and woman regardless of their ancestral background or social position, caste or creed must get an equal opportunity to succeed in life.

It was here that Father Joseph declared an international observance day for eradicating poverty.

The theme of the International Day for Poverty Eradication 2020

This year’s theme is an apt one, 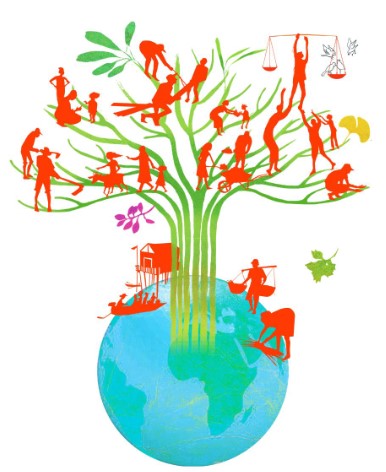 “Acting together to achieve social and environmental justice for all”

UN urges all its partners and public in general to spread the awareness in developing individual conscience to end poverty.

Be the voice of #EndPoverty Campaign.

By simply using this hash tag on social media you can help in spreading the awareness about the hardships faced by people living under poverty and get to know about multiple corrective initiatives from around the world.

Although the data collected by World Economic Forum in 2019 clearly reflects that most poor nations of the world practice capitalism as ways of their economies but Socialism too has failed historically. These nations are mostly clustered in Sub Saharan African regions and South Asia. It is noteworthy that the nature of popular polity in these regions is a conventional Socialistic Authoritarian Model.

Poverty in the world today is possibly a by-product of capitalism but even the socialism formula is not apt for economic growth. While the utopian ‘Laisezze Faire’ or a True Free Economy is yet to be conceived; a true market economy where corruption is non-existent may alleviate unprivileged population in terms of financial prosperity. In this context it is essential to mention the Nordic Model. 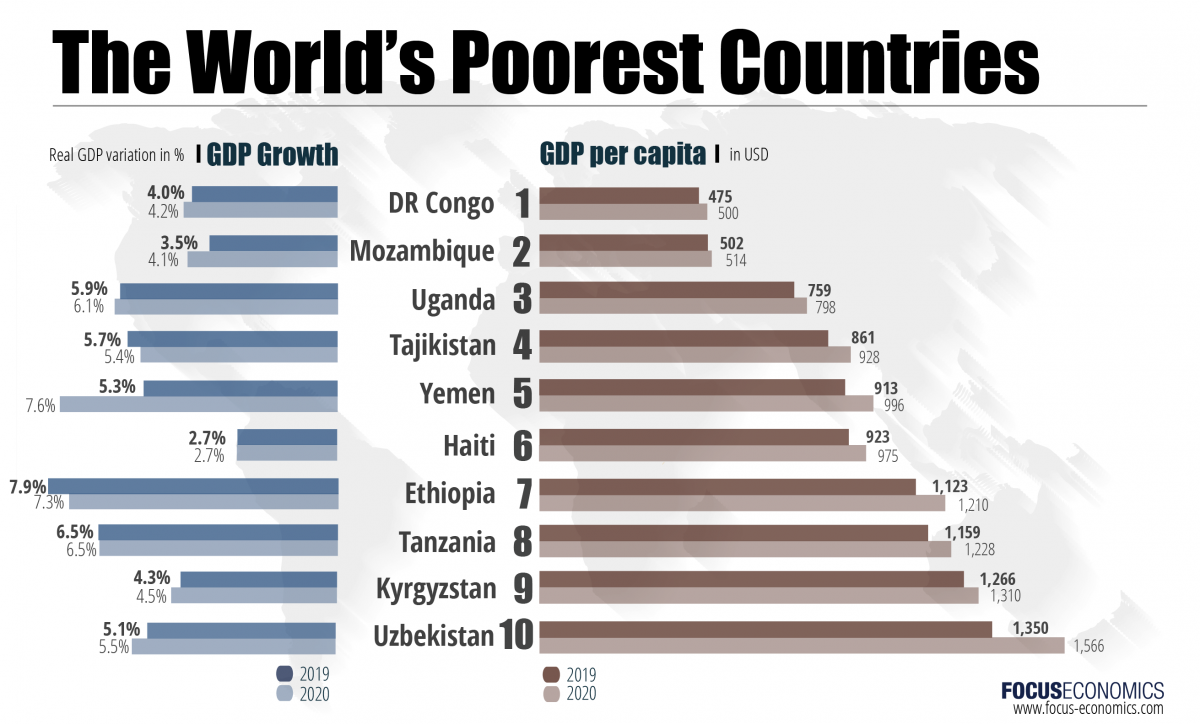 What is the Nordic Model of Prosperity

Nordic countries are ranked highest on the happiness index and the citizens enjoy prosperity in equality to a degree which is not seen anywhere else in the world. The Nordic Model although depends heavily on the absence of corruption and is contingent to honest and hardworking citizens but it is the State that is the curator of this utopia.

The Nordic Governments are almost corruption free and utilize the profits from the sovereign benefits are spent on public welfare and reinvested to ensure good time for the future generations. 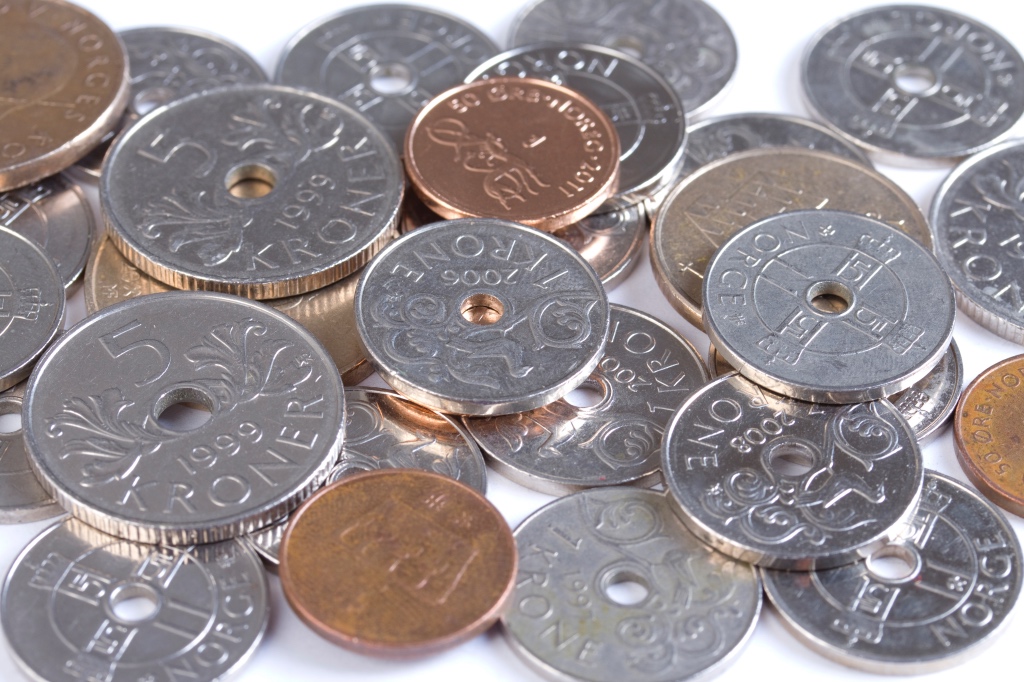 The Norwegian Pension Fund Global seeks to secure the well-being of future Norwegian generations. The Government established the fund in 1990 with money earned from the oil discovery in the country and by taxing the operation companies. The state also shares its own profits. The fund reinvests into profitable ventures. A recent valuation of fund was close to 8000 Billion Norwegian Kroner.

How can we #endpoverty?

While the State must be a prominent player in elevating the financial status of public, the corporate conscience is also needed. Above all, it is the individuals practicing fairness and inclusion of poorest in the main stream economy that may yield desired results. Although the argument that poverty is essential for Capitalism still holds true but an equal opportunity for work, though, may not remove income disparity but can surely unbury scores of people still living under the poverty line; failing to achieve dignified lives and access to social justice and medical health.

The International Day to eradicate Poverty 2020 is simply a reminder for everyone to play the part.

16th October is World Food day. The theme is “Grow, Nourish, and Sustain Together