Why would quantum computers make terrible leaders? Because one could never be sure of the values they hold! Well, the peeps that are too invested in studying quantum computing would have found the joke in the previous line as both funny and unfunny at the same time, just like they find a quantum computing bit holding a value of “0” and “1” at the same time. Confusing isn’t it? When it comes to anything quantum, the laws of classical physics start to fade away and the notions of conventional time constructs start to break just like one’s confidence when one tries to approach a quantum computing assignment. Thank god that now technology is so advanced that one could avail Quantum Computing Assignment help from seasoned experts at My Assignment Services online. 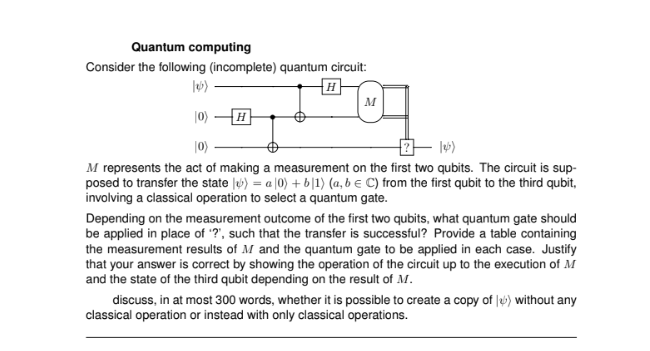 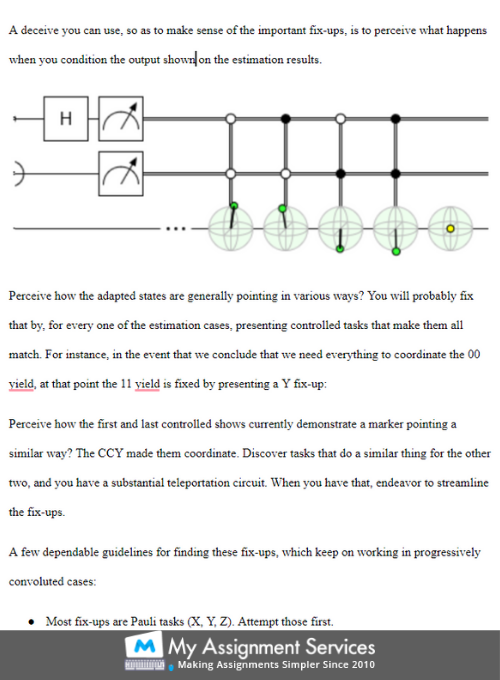 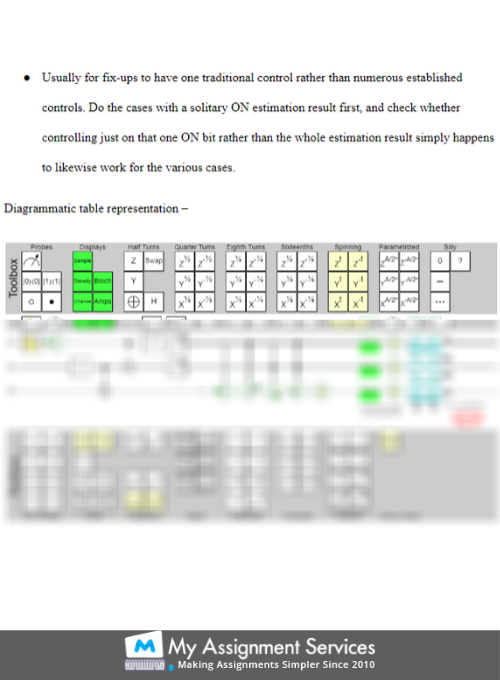 You can leave this article right about now if you are looking for a 60-second answer with all the buzzwords. But if you are truly looking to get a sense of understanding of what a quantum computer is, how it works and what quantumly entangled qubits are so crucial, you’d find this utterly resourceful!

The current notion has boiled down the masterpiece of quantum computing to just the byte capacity of a qubit. Let’s debunk this notion. Let’s say even if a quantum qubit could hold a billion times more information than a classical bit, Google’s 53-qubit chip would be just equivalent to 6.6 Gbytes of classical storage. The smartphone you are currently holding would be probably able to hold more than 64Gbytes.

Artificial Intelligence algorithms traditionally run on a GPU because of its architecture that can simulate multiple scenarios and calculate probabilities parallelly to help the algorithm learn from different scenarios and probabilities. Like a GPU a quantum computer is also super efficient at running parallel simulations and drastically cuts down the iterations of an algorithm to reach the desired result. To put it into perspective, the number of parallel operations that a modern GPU would perform in 10,000 Years, a quantum computer would simulate it in around 200 seconds.

Classical GPU and CPUs can scale their parallel computing power linearly while the data generated by an algorithm may increase exponentially! Quantum Computer leverages concepts like Quantum Entanglement and Superposition to fabricate multiple calculations parallelly, and as the data generated by an algorithm grows exponentially, the quantum states that qubits can maintain also grows exponentially because a qubit can be both Zero and One at the same time.

A classical machine stores and processes information with binary bits that can either hold a value zero or the value one. These values together work in combination to represent a character, integer, or other data types.

Binary bits, known as qubits can also hold values like Zero and One, but they can hold these values at the same time. This is due to the superimposition phenomenon. The two values co-exist on a single qubit because the values of the qubit are determined by its spin. Every quantum bit has a spin, either positive or negative. This spn can be denoted as 1 or 0 in binary. However, at any given time there is a probability that a quantum bit may have an up spin, which is represented by and there may be a possibility of it having a down spin; the probability of which can be denoted by.

This can be represented by the equation:

The diagram below tries to represent the superimposition of up spin and down spin. 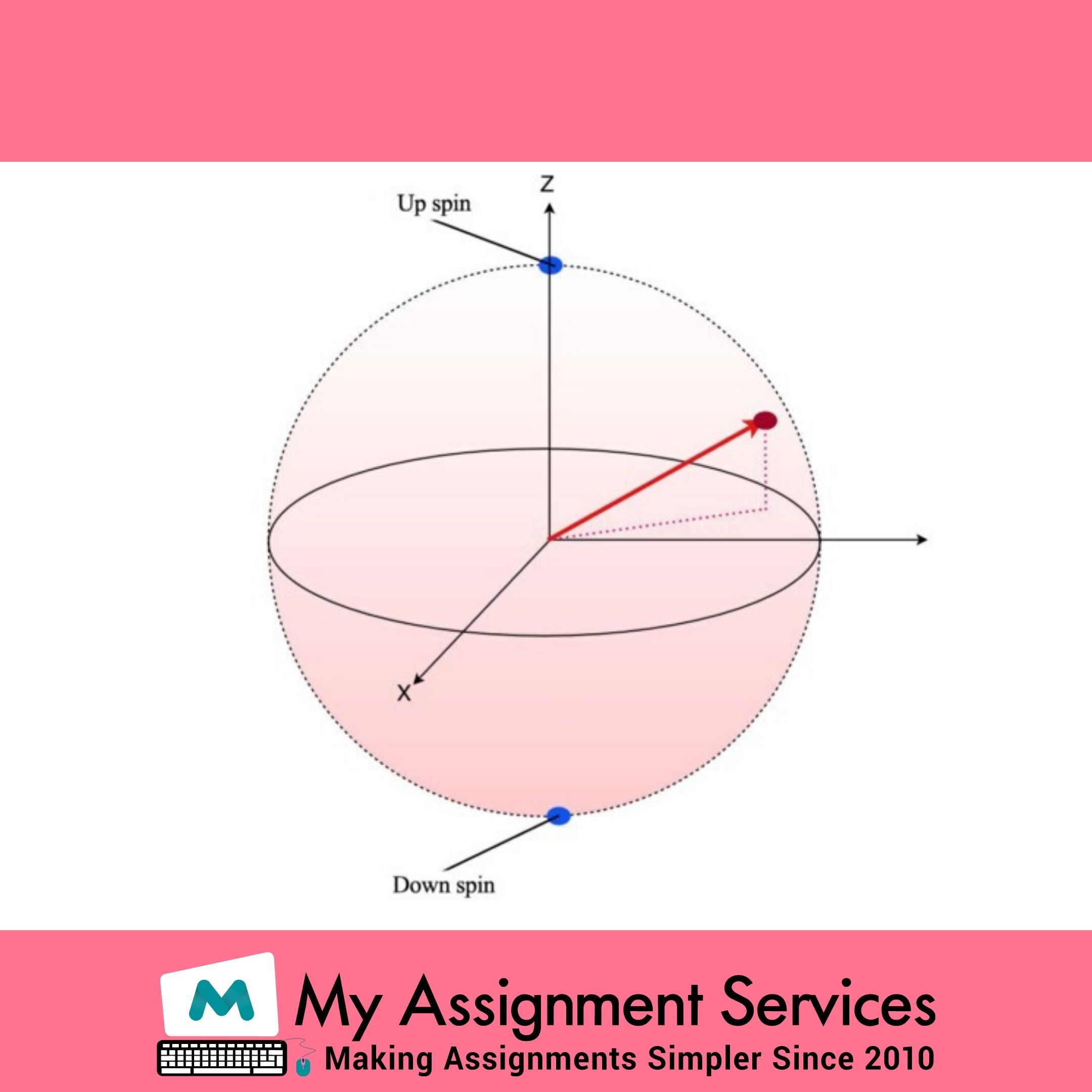 Glad You have followed till here. That’s all folks for this one, However, you could connect to our experts and get on a one-on-one call with our experts to understand the concepts in further detail. Our experts are Ph.D. professionals that are invested in cutting edge research around quantum computing. They can solve your doubts as well as help you write stellar, high-scoring mark sheets.

Our Ph.D. experts are well-versed with all the nooks and corners of writing academically sound thesis and assignments. They can follow different reference formats and help you score top-notch grades Our subject matter experts conduct exhaustive research and write unique solutions to your assignment questions

Well, you can relax. Because if you are not satisfied with the quality, we would get you your money back in a jiffy!

With our 24*7 services, you can be assured to get quality assignment help at any time of the day and day!

We only deliver you quality work. To ensure that we run our solutions through 21 rounds of quality check to ensure that it stands on every academic parameter of quality.

How to Write the MGT2HRM Policy Design Assignment Answer?