Aerobic Vs Anaerobic Respiration: Explained with an Assignment Sample 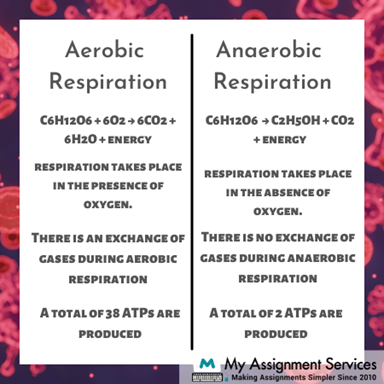 The process in which organisms use oxygen to breathe and for breaking down fats and glucose into the chemical form of energy is called aerobic respiration. They respire at a cellular level to generate power inside the cell through an exchange of gases. The molecule named adenosine triphosphate (ATP) is produced during respiration. ATP is often called the energy currency or fuel of the cells as it initiates chemical reactions in phosphate bonds to dispense the energy stored in them. It is an efficient form of breathing as a large amount of ATP is produced in a short period. This is due to the presence of oxygen. More electrons are exchanged in the reaction due to the use of oxygen.

But How Are the Two Forms of Respiration Different From Each Other? 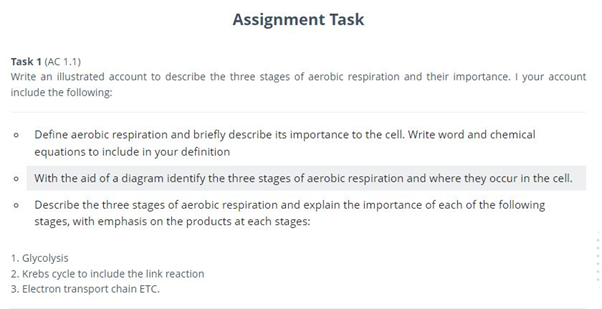 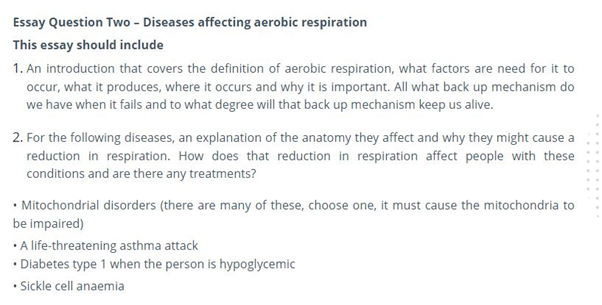 Following are a Few Examples of Aerobic and Anaerobic Respiration

Struggling to Finish Your Biology Assignment? Get Help from Our Experts

We hope that our discussion about the differences and examples of aerobic and anaerobic respiration in the blog was helpful for you. These forms of respiration are good examples of the oxygen equation for the breakdown of carbohydrates during cellular respiration. We further learned how the organisms breathe and break down their food even in a lack of or no oxygen. Writing biology assignment answers on this topic comes with its challenges, which you have to face and overcome to obtain desired grades in your course. Of course, online resources such as blogs, biology assignment samples, video tutorials, and articles are an excellent source of information for writing your assignments. But, you will still need to understand a range of complex concepts while doing so. Hire our academic assistance and we will guide you through our one-to-one guided sessions. Our biology experts are available 24*7 and will be available to assist you during any odd time of a day. To connect with us, simply fill in the form and upload your assessment file!