Assignment of The Week – Sociology

Man is a social animal and this is what forms the basis of sociology. It is constituted of the concepts that study social behaviour and the society as a whole. Under this discipline, human behaviour is observed from various viewpoints, of an individual, a group and a community. Students who are studying this discipline investigate social system, expectations, class, law, religion, sexuality, medicine, education, and deviance. Due to the expansive scope of the topics covered, sociology assignments can be very, very complex. Writing an assignment on sociology requires extensive research and there is a lot to investigate.

Students enjoy researching on various social thinkers, explore their theories and any contradictions or criticisms that have been presented. But, it often happens that they are unable to devote sufficient time to solving university assignments. This could be due to their busy schedules, part-time jobs, and a plethora of other reasons. But academic grades cannot be messed with and it is absolutely essential that students score well on each and every assignment. This is where our sociology assignment services rise to the occasion.

Sociology Assignment Help from Our Experts

Two days back, Jordan approached us with his sociology assignment. The assignment was a research essay to be written in not more than 2000 words, and the topic was to be chosen from a list of three. Jordan had picked his question. He had also decided on how he would approach the assignment. But, he got busy preparing for an internship interview and wasn’t able to devote sufficient time to write it.

At the last moment, he approached our experts as the essay deadline was about to close in 5 hours. Our experts were enthusiastic upon hearing that the essay was to be written on Emile Durkheim and his influence on modernity, particularly his work ‘Suicide’ and ‘Division of Labour’. They delivered the assignment in a record breaking 3 hours’ time, giving Jordan ample amount of time to verify and understand the essay.

Jordan had decided to answer the first question with focus on the theorist, Emile Durkheim.

Major research essay to be submitted through LMS via Turnitin. Choose one of the following essay topics. 2000 words – 50% of final marks.

Our experts provided the below solution to Jordan. He was amazed to see how polished the assignment was and appreciated our prompt service.

Emile Durkheim, being one of the first sociologists, made significant contributions to modernity in the sociological perspective. Most of Durkheim’s works focused on the societal dynamics, particularly the constitution of societies, their functionality and how people within the pertinent settings maintain order and stability. Durkheim also oriented his sociological work towards studying the disparities between collectivism and individualism; he made use of scientific techniques when studying social phenomena.

In his book “The Division of Labour in Society”, Durkheim explains the essence of the division of labour with regard to the productivity and solidarity or cohesion in societal settings. In this case, Durkheim considers the division of labour beyond economic perspectives; he relates it to the establishment of order and stability within the society (Durkheim, 2014, p. 8). The perspectives raised by Durkheim in his book are still applicable to sociological trends and events in modern-day societies.

Given the link between the division of labour and societal cohesion, Durkheim further described two types of social solidarity; organic and mechanical solidarity. According to him, mechanical solidarity establishes a connection between people and the society without the action of intermediaries. In this case, Durkheim was trying to prove that societies are collective units whose members ascribe to similar beliefs; the shared beliefs connect individuals to society.

Alternatively, organic solidarity establishes society as a collection of various functions defined by certain links or relationships. In this perspective, Durkheim was addressing the fact that individuals in a society play distinct roles and have different personalities; all of which contribute to the growth of the society as a whole. The nature of modern societies affirms Durkheim’s notion. People in a particular society are often different in many ways but still find a way to harmonize the different roles they play for the greater good (Durkheim, 2014, p.27). Therefore, Durkheim provided a viable explanation on why people with different personalities and capabilities often end up in the same society; his book delineates how such individuals can harness their differences to constitute a cohesive society.

The sentiments raised by Durkheim in “The Division of Labour” text provide a clear sociological distinction between modern and primitive societies. According to him, mechanical solidarity is a characteristic of a primitive society; people in such social setups are more likely to share morals and beliefs. Durkheim seems to suggest that modernity causes people living in particular societies to embrace the essence of them being unique or different and still live together. The onset of uniqueness and differences among people living in the same society is a reflection of the division of labour. Therefore, the division of labour is a practical form of organic solidarity. The more societies advance the more their solidarity becomes organic; modern societies predominantly exhibit organic solidarity owing to their advanced or modern nature.

Law is still an imperative factor in modern societies. Durkheim provided a comprehensive account of the essence of law in “The Division of Labour.” According to Durkheim as noted in his book, law is an imperative representation of organization, stability and cohesion in society. He asserts that law serves as a regulation to various societal components ensuring that they work together harmoniously. He introduces different types of law and links them to specific manifestations of social solidarity. For instance, repressive law is attributed to mechanical solidarity given that it focuses on punishing the wrongdoer as opposed to restitutive law which tries to restore normalcy following the disruption caused by the crime in question and is thus related to organic solidarity (Durkheim, 2014, p.9). Traditional legal systems were more repressive in nature; their main purpose was to incriminate and punish perpetrators. In contrast, restitutory law is more modern as it includes action by special agencies such as attorneys and courts; this is a reflection of law practices notable in modern legal systems.

In his book titled “Suicide”, Durkheim tries to evaluate suicide in the social perspective. His studies focused on researching suicide rates attributable to different nations; this was different from most studies that tend to focus on the behavioural characteristics of those who commit suicide. Durkheim’s objective was to unravel the social factors that are likely to influence the rate of suicide by comparing rates in different nations. In this case, his study considered traditions, values, practices and beliefs attributable to the nations under study; he wanted to ascertain whether there is a link between these variables and suicide rates. He also compared suicide rates between Protestants and Catholics. Durkheim’s research results showed less suicide cases among Catholics and that more men committed suicide compared to women.

To interpret the findings, Durkheim formulated four types of suicide. The first two types focused on individuals’ integration into society; these included egoistic and altruistic suicide. According to him, egoistic suicide resulted from an individual having a weak connection with society. Such an individual would feel like his or her death will not be a significant loss to the rest of society; this is common among drug users even in modern societies (Alkin, 2014, p.5). Such individuals isolate themselves from the rest of society and end up committing suicide when their problems become unbearable. Alternatively, altruistic suicided results from people being excessively connected to the society such that they do not have an elaborate personal life; they see suicide as the only way of regaining their personal life. Currently, this type of suicide is common among people who have devoted most of their time to serving or taking care of others and end up putting very little focus on their lives; nurses constitute a credible example of the same. Nursing is an intensive profession that requires extensive commitment in terms of time and effort. Therefore, most nurses spend most of their time serving others and allocate very little time to building their personal lives. The resultant disequilibrium between their personal and professional lives can prompt them to commit suicide.

Durkheim also considered suicide in terms of the extent of control or regulations people have in their lives. In this context, he came up with anomic and fatalistic suicide. Anomic suicide occurs when individuals have little control or a sense of direction in their lives (Abrutyn & Mueller, 2014, p.328). A credible example of this scenario in the modern time is the case of war veterans or ex-soldiers. Such individuals had control over their lives while in the military given the strict regulations that come with the job. However, upon leaving the military, they become exposed to societies with no stringent regulations; this causes them to lose direction thus prompting suicide. In this case, veteran soldiers cannot manage or adapt the fact that the realities of civilian life ae very different from the experience in the army; the tough transition between the two worlds causes them to lose control and some of them perceive suicide as a viable option.

Fatalistic suicide surfaces when individuals perceive the regulations or control in their lives as being excessive. Therefore, they feel that the only way to alleviate the excessive control is to end life (Mueller & Abrutyn, 2016, p.879). This ideology can be used to explain cases of prisoners committing suicide even in recent years. Prisoners, especially those serving long sentences are likely to commit suicide because they cannot stand being locked up for many years and losing their fundamental freedoms. In such cases, people see death as the only way to free themselves from particular restrictions. It is also possible that cases of drug addicts committing suicide are related to them wanting to be free from drug dependency given that they cannot control the addiction. Therefore, most of the individuals involved in fatalistic suicide often do so in an effort to rid themselves of things or factors that seem to be taking over their lives.

Durkheim, E., 2014. The division of labor in society. Simon and Schuster.

Durkheim, E., 2014. The rules of sociological method: and selected texts on sociology and its method. Simon and Schuster.

Alkin, R.C., 2014. Introduction To The Relationship Between Modernity and Sociology In Specific To Emile Durkheim and Max Weber’s Studies. European Scientific Journal, ESJ, 10(5).

A wide range of assignments can be designed for sociology topics. These could be essays, critical evaluations, report, dissertations, etc. My Assignment Services has a team of sociology experts who provide best-in-class solutions. We have a track record of providing the highest number of high distinction solutions to students. Look at the benefits of availing assignment help from us.

Avail our affordable services today and rid yourself of homework stress.

HI! I’m Amy working as an academic writer with My Assignment Services, I hold a relevant 5 years of experience in academic writing. I’m really attached to my work as it allows me to help students in clarifying their concepts and counsel for their assignments. I am an ambitious individual who is looking forward to broadening my career path as an academic writer. View all posts by amy

1 thought on “Assignment of The Week – Sociology” 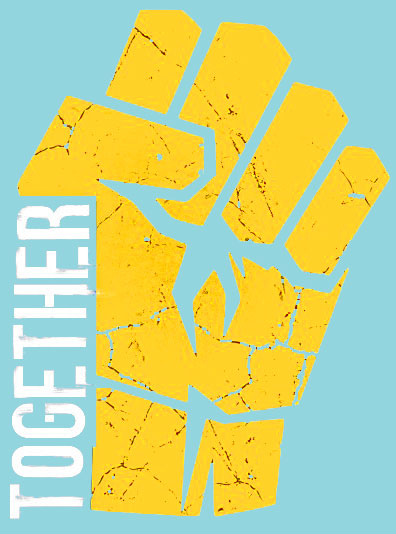