Assignment time is here, we hope you have a business law assignment sampleready. If not, we have one prepared for you. Business laws refer to the laws that govern the various businesses, and set down laws and by-laws for the company, or small business if so, to abide by. These guidelines, set by the Australian Business Legislation, basically demonstrate how an enterprise must behave in various instances and situations. They help promote fair trade and protect the consumers, environment, community, while outlining the rights of the owners and business when any conflicts arise.

What do Business Laws Comprise?

Corporate Act 2001 (Cth.) deals with the laws related to small businesses, partnerships, and formation of the company. These laws are applicable to all business enterprises, no matter how big or small. Most business law assignment are based on this act itself.

Contract laws are related to how to decide when a contract is legal and binding, and is enforceable by law. It takes into consideration whether a contract is valid, void, voidable, etc.

Labour laws are the laws which are related to the appointment, treatment, and discharge of employees working in the firm. These laws are applicable to every enterprise that hires employees and is basically for their welfare, to make sure they are not exploited. 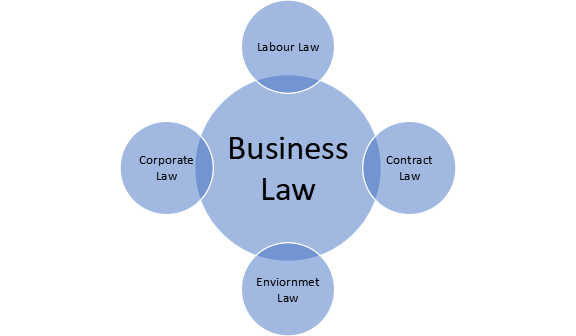 The business law assignment writing expertsat My Assignment Services are highly qualified professionals and can write assignment even if they comprise all the above mentioned components.

What is The Need for Business Laws Assignments?

Assignments are the best way of getting to know how much a student understands the subject. However, students are not subject experts and can get confused regarding what to include in their assignments. Writingbusiness law assignments requires thorough and in-depth understanding of the laws, regulations, by-laws, and guidelines etc. This tedious task often takes a lot of research and energy. Along with this, students also have part-time jobs which do not let allow them to perform the extensive research that writing these assignments requires. Therefore, students often sidestep this exercise and seek expert guidance from various available business law assignments help services.

There are generally three types of assignments that students are given by universities. These are:- 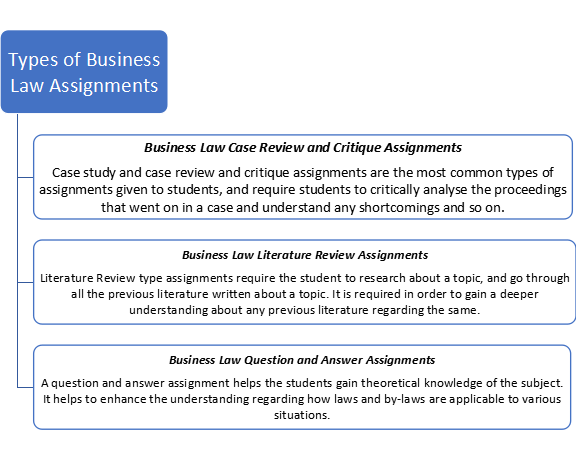 Are you still looking for someone to write your assignment for you? If so, you can end your search here. My Assignment Services provides the best business law assignment writing help to students across various universities in Australia. We claim this because of the following facts: Every assignment we submit is of the highest quality, guaranteed to help you ace that subject. What are you waiting for? Contact us now!