What Is Better for A Student: Windows or Mac OS X?

Do you believe in God’s existence? What is life? Is there anything like life after death? These are some of the questions that will always remain debatable for millennium. And then there is yet another question with great importance (and yes, has been all the tech war under it), “what is better, Mac OS X or Windows?

No matter how many times you rehearse the arguments, the resolution never clears the sky and the question doesn’t go away any day. After its new advertising campaign, Apple has already added fuel to the argument whereas Microsoft steps up the gear by applying liberal number of “Wow” to its newly out Windows OS.

If your question is only “what I should choose, Windows or Mac OS X?” and not “What is better in terms of computer security, Windows or Mac OS X?” or “Is Mac OS X or Windows better for gaming?”, you have got to figure out what is actually required. There are large number of students carrying Mac to campuses (like, 50% of the Fall 2016 freshman class) and this is still a debatable question as what is better to be bought, a PC or a Mac. It is always recommended to first know what your needs/wants are as per your work, personal use or professional work. It is important to be aware about the OS your computer is using, because it informs of the utilities it can provide to the kind of task you are performing.

So, before you go mislead with the OS you must be using, let us settle our question once and for all in the best and simple way possible. The outcomes will be determined on three aspects: OS’s Security, Performance and Usability.

Versed Windows believes that he has a competitive edge—the durability of his chain mail is higher than its XP Predecessor. Incorporation of large number of advanced security features keeps Windows highly secured from outside attacks. It has a proper locked-down OS but being highly visible often creates target haters (virus writers) for it. Though, windows well-documents any kind of malware intrusion but as soon as your PC is not connected to the internet, your PC has a wide door open for the hackers to find a way in.

Mac OS counts on the very few enemies to see him through. Although the threat of malicious software is increasing but since Mac is not as popular as windows, there are less number of malware written to target Macs. It ships with all its communication ports closed and thus assures you high security. All the native services like remote login, resource sharing on network, FTP access etc. are switched off by default so that the chances of hacker getting way in are least. So, for a digital hypochondriac Mac OS tops here. 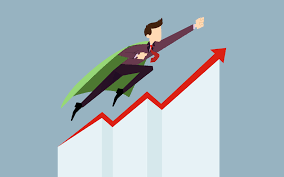 Who is stronger and faster? The audience stands gawking in wonder as who will perform better after Mac OS is up by 1 already.

PCs were privileged to get all the latest technology, including first Intel Core and Core2 Duo CPUs, have access to the high-speed wireless 802.11n, high-capacity Blu-ray and HD DVD drives.

When it comes to disciplines like image processing and video encoding and somebody who can render you the 3D necklace of posies super-quick, it is always Mac OS X. Apple have controlled the software and hardware bundles including model updates, therefore it operates very smoothly eliminating any kind of lagging or incompatibilities. It gives you expected and stable performance.

But the whole takes a twist when Windows best fits in for gaming. All the best graphic cards and games are first launched for windows than for Mac OS X. 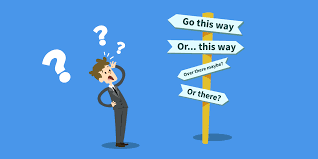 Now the question comes, “who fares the tools best, Windows or Mac OS?”

When Mac OS reckons his operating system to be the epitome of logical design, would somebody explain why on earth the menu bar for any particular application in Mac OS X not attached to the application itself? And when Windows claims that it is blessed with much logical design, “Why the system is stopped by clicking on start button”? needs to be answered.

Let us have a look who woos the user best.

Microsoft has been reminding us how good Flip 3D is, but then later discovers Alt-Tab to find the right application window faster. However, it is incapable of beating the efficiency of OS X’s Expose feature.

Count Mac OS X, and it has been taking years to resize the windows or any of its application by stretching the corners of the window. Why does Apple offer mysterious navigation, where “maximize” and “minimize” and “close window” buttons look identical until one hovers over them at the top-left? The delete key doesn’t let you simply delete the files and instead demands the user to press the apple plus backspace key together.

For beginners, using a Mac OS X is like eating in the dark.

Macintosh doesn’t allow customization, has limited programs and apps, doesn’t have a registry, and is expensive. But it highly attracts video and music producers, graphic designers, app developers, journalists etc. and is not overclock-able.

Benefits of AutoCAD for Mechanical Engineers