A borderline personality disorder is one of the different types of personality disorders. For a better understanding, it is characterised by a negative self-image, a sense of emptiness, and a significant inability to cope with being alone. This illness causes people to have highly reactive and powerful moods, as well as unstable relationships. They have a tendency to act rashly. They are also more prone to attempt or commit suicide than the general population. They may damage themselves (for example, slashing or burning) without meaning to commit suicide as a form of self-punishment or to deal with an empty sensation.

Individuals with this disorder may have psychotic-like symptoms when they are stressed. Rather than a clear split with reality, they suffer a distortion of their perceptions or ideas. They have a tendency to misread or exaggerate what other people think of them, especially in tight connections. For example, people may believe a friend or family member is enraged or angry with them when, in fact, the individual is merely somewhat annoyed or angry. The concept is complex, and may want you to seek science assignment help from medical experts! 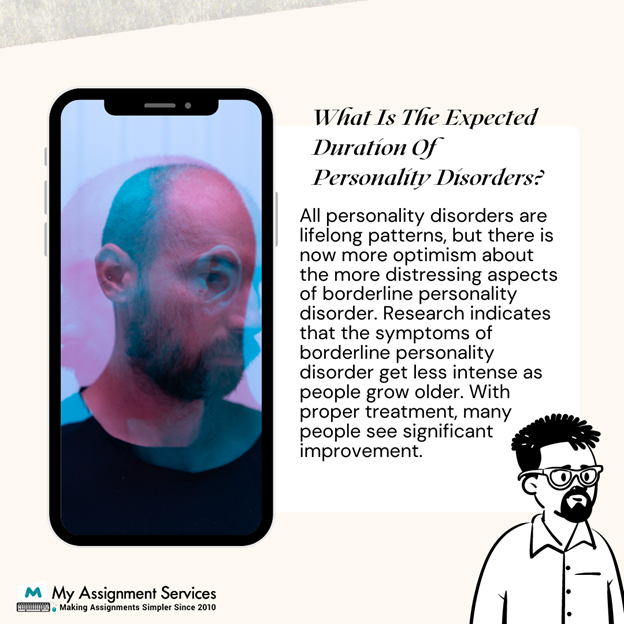 For a medical student, there are two most crucial things to know before solving any case study: symptoms and diagnosis. Nonetheless, prevention and treatment come at a later stage.

How Do You Know If Someone Has Borderline Personality?

Numerous people without this condition also have symptoms on this list since feeling vulnerable is a typical human experience. Only after a person has experienced many of these symptoms, in varying degrees of severity, and for an extended period of time is borderline personality disorder diagnosed.

The distinction between a personality style and a disorder is ambiguous. When personality tendencies hinder a person's functioning and cause severe discomfort, they are called a disorder. 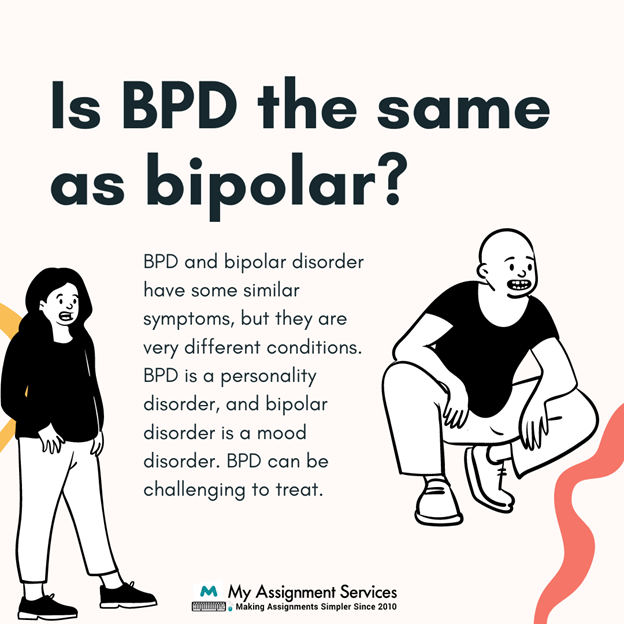 What Personality Type Are Borderlines?

We have already discussed this above. Please refer to that.

The individual with this disease develops a suspicion of people by early adulthood. He continues, "Along with recurring suspicions of others, the person sees secret meanings into innocuous words." "The individual can believe that others are fooling them." "A pattern of distrust and suspicion such that other people's motives are regarded as hostile.”

The disorder is characterised by a pattern of relationship difficulties accompanied by cognitive and perceptual errors as well as eccentric behaviours. The individual may be superstitious, have magical beliefs, or have bizarre and unconventional views. While social skills groups may benefit individuals with this disease, they often opt not to seek therapy. This condition causes people to be so superstitious that they become dysfunctional.

This disorder is defined by a pattern of behaviour characterised by a disdain for and violation of others' rights. These people frequently break social standards, which can lead to repeated arrests and illegal activities.

This disorder is all about a pattern of behaviour with heightened social inhibition is commonly accompanied by a fear of rejection by others. The individual may experience thoughts of inadequacy and be susceptible to negative feedback.

A person with this personality disorder has a pattern of conduct characterised by extreme neediness or clinginess and dread of separation.

This disorder denotes the absence of a pattern of grandiose behaviours accompanied by an excessive sense of self.

In this disorder, the person engages in a pattern of attention-seeking activities, which may include exaggerated dramatisation as well as inappropriate sexual or provocative behaviour.

In this disorder, there is a pattern of objectivity from social relationships and a restricted amount of emotional expression.

In this disorder, a person with an anankastic (obsessive-compulsive) personality disorder has a tendency of excessive orderliness and perfection, and he is frequently inflexible and rigid. Aso, people with this disease have a hard time discarding possessions, even if they have little emotional worth.

For additional information about these types of disorders and their treatments and diagnosis to solve case studies, get our science assignment help for personality disorders.

In terms of writing about borderline personality disorder, and other personality disorders, most of the professors are now more positive about the long-term consequences. With treatment, the vast majority of patients with the disorders see at least some improvement in their symptoms, which is a major outcome to write in case studies and reports. As a result, a better research paper can help patients with borderline personality disorder to eventually make significant progress, enjoy their relationships, and attain satisfying life goals, at least with continued treatment.

If you want a medical expert to assist you in solving your complex assignments, you can hire our medical experts! Here are some perks you will get:

Hurry up! Fill the form, and we’ll get back to you AS SOON AS POSSIBLE!