What Does Science Say about Carbon Emissions and Future Economic Growth?

Environmental degradation has become one of the global economy's leading challenges. The results of heavy pollution have become a significant issue that has prevailed for many decades. The contaminated water, air and depleting resources will affect all sectors of the economy, spreading widespread poverty, unemployment and starvation.

This is an issue way more significant for just the local democracies to deal with. The entire Earth faces the consequences, and adding covid to the mix may have escalated the issue further. Carbon emissions did lower over the last few years. Still, the emission from the manufacturing plants has reached a level that needs at least forty years to be fixed.

Carbon footprints are measured in CO2e. It is the standard unit for measuring the carbon footprints left by daily activities. CO2 is majorly responsible for global warming, so it is expressed in the form of greenhouse gases. - CNN

Carbon emission issues and climate change challenges have become more than a mere act of respecting the environment. Still, it is not a question of human survival or the general physical world. We live in a fast-paced environment, making it even more important to know such concepts. 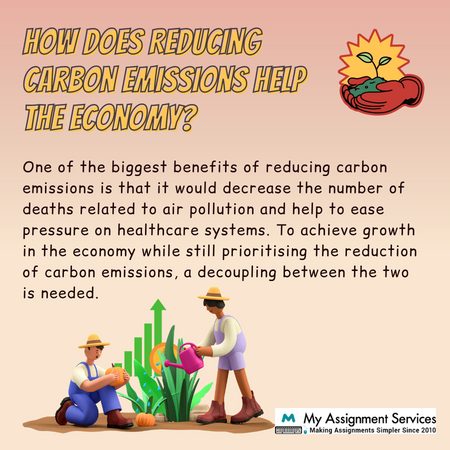 What Is the Relationship Between Carbon Emissions and Economic Growth?

Theoretically, the subject of economic growth and carbon emissions is majorly based on the factors that affect the environment and the effects these factors have on the economy. It is well explained that these three curves are based on environmental depletion and economic development:

First recognised in 1992, this curve defines the relationship between the sulphur dioxide concentration per capita unit of the GDP distributed among 31 countries and 47 cities. The theory for EKC is based on the transitional effect of agricultural and industrial production on the environment.

Clearly, urban production units contribute more to the increasing pollution levels due to a more technology-oriented process. The slope of the curve depends on more manual labour and less automated processes. But, economic growth means increased pay, so the people have to pay for a cleaner environment.

The WCED (World Commission on Environment and Development) addressed the Brundtland findings regarding the future of an environmental-oriented economy. The report curators proposed that the developing countries cause higher levels of pollution when compared to developed ones.

The curves are based on the environmental damage caused by the country and its effect on the economic growth of the respective country. This hypothesis states, If the countries have high consumption, it will lead to higher production. A higher production rate is the primary reason for more carbon emissions in developing countries.

As per IPCC (Nations Intergovernmental Panel on Climate Change), the global temperature will rise by 1.5oC the next two decades.

The effects caused by environmental damage are the common denominator of these three theories. The EKC and Brundtland hypothesis focuses on reducing poverty for economic growth. On the other hand, the thesis of the environmental daily argues that innovation might be the initiator for such crises, but it is also the solution. Let’s find out how in the next section.

As a management student, you will learn about such topics further in your curriculum. Regardless of how mundane you may find it, such issues are important in your management curriculum and making assignments for the exact costs a majority of your grades. Get management assignment help from field experts that can guide you through all the various steps of assignment making.

How Does Carbon Benefit the Economy?

Various gases cause the greenhouse effect in the atmosphere. The main contributor is carbon dioxide, which is primarily responsible for over eighty percent of the carbon emission in 2019 alone. Mainly power generations and transportation are responsible for such emission levels.

The action plan for lowering environmental damage is focused on reducing greenhouse gases. Several policies are centred on addressing climate change; a carbon tax policy is one among such. A carbon tax is to be paid by businesses and consumers for each ton of carbon or other greenhouse gases they emit.

Firms or vehicle owners must pay a standard price for the carbon they emit or switch to technology that reduces their carbon emissions. This relationship between carbon emissions and economic growth is a critical factor for holding all sectors of the economy accountable for their contribution to the greenhouse gas that leads to environmental depletion.

The effects of the carbon tax on the economy depend on the policymakers and the impacts such policies entail. But it is an effective way of lowering carbon emissions or particularly motivating the masses to switch to alternatives. The effects of this tax would renege depending on the industry. 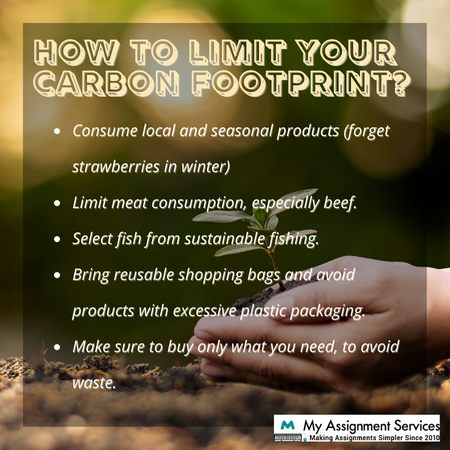 What are the Economic Benefits of Reducing Carbon Emissions?

Climate change is accurate, and it’s here. We witness the risks to public health due to increased pollution and scorching temperatures caused by excessive carbon emissions. According to WHO (World Health Organisation), extreme climates and corruption have led to over four million premature deaths due to climate change.

There are several benefits of divulging into the relationship between carbon emissions and economic growth:

As per a report released by Michigan University’s Centre for Sustainable Systems, over 170 million metric tons of CO2e are released by cattle, goats, and sheep every year.

The relationship between carbon emissions and economic growth depends on per capita CO2 emissions and GDP. The effect of an upsurge in per capita GDP must abide by the consequences of a boost in the CO2 emission levels. In conclusion, the best approach is similar to the Daly curve hypothesis - the readiness to decrease pollution levels in more affluent countries might not be enough to help the economy.

As a management student, you must submit assignment tasks, case studies, literature reviews, reports, essays, and academic coursework. Researching is a considerable challenge regarding university tasks; you may face trouble finding suitable educational material. But, with our free academic resources, you would never have to worry about finding the right resources and get pocket-friendly management assignment help. You can get started by filling out the enrolment form.