Charting the Evolution of Virology

In the past 25 years, virology has had major technological breakthroughs stemming from the introduction of nucleic acid amplification inspection, but today, the use of next-generation sequencing, the possibility of single virion genomics, and digital PCR, have shaped the advancements of technology and will further improve diagnosis and disease state monitoring, and reveal the wide spectra of the genetic potential of viruses. Digital PCD amplifies single molecules of DNA in highly partitioned endpoints in reactions and reads each of those reactions positively or negatively based on the target fluorophore’s absence or presence with the help of the principles of limiting dilution. 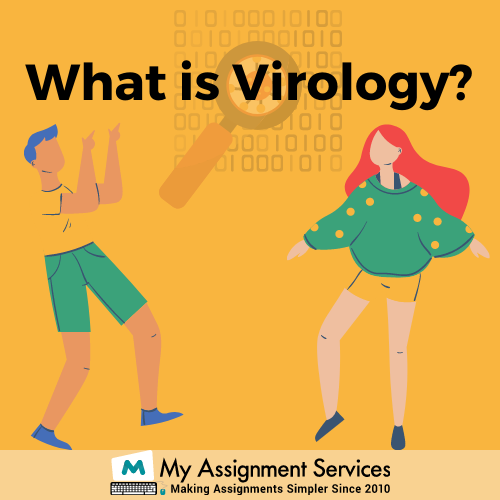 It is the study of viruses. The first virus ever discovered was identified by its ability to pass through filters that were too small for bacteria, in 1898. Since that time, scientists have been studying viruses to get in-depth knowledge of ways to prevent epidemics and pandemics, and research on viruses has revealed an abundance of information on how the living system works.

Viruses are the most abundant biological entity on Earth and infect all living elements, and yet they are not considered to be living creatures. Moreover, they share similar characteristics with living organisms, but are unable to reproduce independently and maintain metabolic activities. Also, they do not undergo cell division, like living creatures do, but assemble newly made components from scratch after entering into a cell and its machinery.

They appeared around the same time that life initiated on the globe, but their origin is a much-debated issue. According to the pre-cellular hypothesis, viruses existed before or alongside cells, and on the contrary, the escape hypothesis states that they were once components of living cells. Furthermore, there is another hypothesis known as the regressive hypothesis, it states that viruses were once living intracellular parasites that lost their reproduction abilities independently.

It emerged as a science at the end of the 19th century. It came as the perusal of minuscule agents responsible for plant and animal infectious diseases. The first plant virus amongst many was ‘tobacco mosaic viruses.

Furthermore, many more viruses were found at the start such as foot and mouth disease virus and yellow fever virus. After approximately 30 years, Rivers listed about three dozen diseases that were thought to be caused by viruses. At this time, mainly eukaryotic viruses were grouped, essentially based on visual symptoms of ailments and their modes of transmission.

The history of virology can surprise you. Get more than you bargained for from top professionals by availing of virology assignment help through guided sessions at ‘My Assignment Services’.

This classification as mentioned above predated any formal virus taxonomy but may still be regarded as its first phase. Subsequently, in the late 1930s, with the development of the electron microscope, viruses, and in particular bacteriophages were recognized as particles. Not long after this development, nucleic acid and proteins were firmly established as a small animal and plant viruses’ components.

Did you know about the different phases involved in the development of virology? Think how much more you can get from professionals in the field! Avail of top virology assignment help through guided sessions experts at ‘My Assignment Services’.

The perusal of cultured cells for the in vitro propagation of eukaryotic viruses aided in accelerating the speed of virus discovery and the requirement for the classification and name groups of viruses became even greater. The emphasis shifted on a classification based upon virion morphology, the biology, and genetics of viruses along with the physico-chemical characteristics of the components of viruses. This might be called the second phase of virus classification.

The later stages of development coincided with the ICTV foundation; spearheaded by leading virologists comprising L woff, Wildy, and Andrews, and supported by the broader virology community.

In the third phase, virus taxonomy was dominated by information related to the genome organisation and replication strategies of the life cycle of viruses. At this time, particles were recognised as just one stage of the complex life cycle of the virus. The volume of sequence information surged increasingly with the application of first-generation methods of nucleic acid sequencing. Moreover, sequence comparison and phylogenetic relationships were also introduced. It became significant in taxonomy, although they were still considered alongside other phenotypic characters.

Later, in the first two decades of the 21st century, the aforementioned scenario changed again, dramatically, with the introduction of affordable, high-throughput sequencing, sensitive technologies. This change has led to the discovery of a multitude of novel viruses, and the majority of which are only identified from their genomic information. The fourth and on-going phase of virus taxonomy may alone be known by the classification based on their genome sequencing.

Plant science is fundamental for our food security along with our fight against climate change. Pant based research is significant to generate new knowledge to advance research and innovations across all disciplines. It has been important for breakthroughs that have enabled advancements in technologies that we enjoy in our lives.

Know the significance of plant science from top experts by availing of virology assignment help through guided sessions at ‘My Assignment Services’ without any delay.

We are well aware of viruses that endangered the entire population in previous centuries such as smallpox, polio, and measles. Effective vaccination programs have either eliminated them or are on course to do so. Even today, we are facing a similar pandemic. The prevalent wrath of COVID-19 has taken millions of lives. We all are desperately waiting for effective vaccinations for our lives to get back on track.

Furthermore, there are Zika, Ebola, influenza, and HIV/AIDS along with corona that threaten public health. Viruses show remarkable genetic diversity and many of them don’t affect human health. But nobody knows it for sure, such is the nature of viruses, that ones that seem harmless may cause infections later. As they keep emerging we must keep on finding new solutions for our protection.

Viruses are economically and scientifically significant, as they are not only deadly agents that cause human ailments but they also cause devastating diseases amongst livestock, crops, and other plants. They affect almost all living organisms; they cause plant diseases as well. Virology-like cell biology, osmosis, and particle theory- is born out of perusal in plant science. 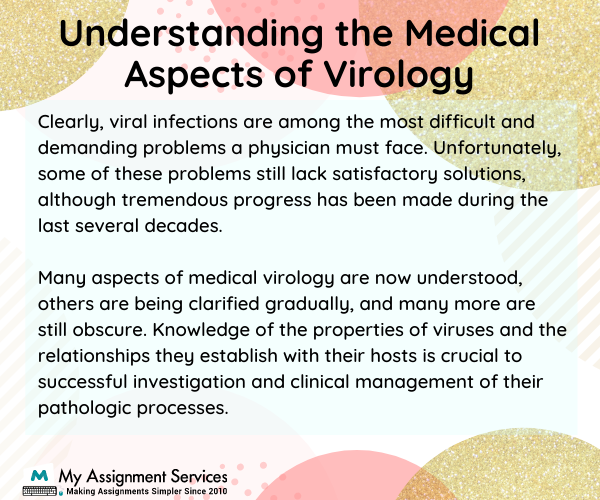 A prominent example to show the virus contributions in plant science is the influence of cauliflower mosaic virus in knowledge generation in the field. The fundamental knowledge of the aforementioned example has helped in generating translational benefits, which comprise better crops.

In the early 1980s, Arabidopsis thaliana was still in its infancy and plant genetic perusal were still a new thing. Scientists observed that the cauliflower mosaic virus inserts its double-stranded DNA into plant cells and then produces a huge amount of gene product. The process of cells making gene products is called gene expression. Later, plant scientists identified specific DNA sequences adjacent to the 35S gene in the cauliflower mosaic virus (CaMV). The virus was responsible for the high gene expression activity in plants. Therefore, the “CaMV 35S promoter” is the common cloning vector to inspect the new genes’ functioning in plant sciences. The 35S promoter has itself transformed modern pant sciences.

Advancements in science and technology benefit all research and innovative disciplines, and therefore, all the society. And indeed, plant science and virology are two research disciplines that will continue to further enhance the scientific temperament.

You can get many more interesting facts and information on the topic by availing of virology assignment help through guided sessions at ‘My Assignment Services’ for premium quality assignments with no plagiarism and errors on time.

Concepts of the Next Decade of Behavioural Science