All that you need to know about the Chinese New Year- Date Significance and Celebration!

An overview of the Chinese New Year

Of all the festivals in China, the New Year is known to be the most colorful, elaborate, important, in China’s calendar and lasts up to 15 days. Chinese congratulate each other to have passed the previous years and welcome to the new and leaving behind of the old. Two common expressions can be heard quite often during this time in China which are- Guonian for making it through the past year and Bainian for congratulating about the new year. Instead of presents, the children are given special red envelopes with money in them and the family members pay respect to their ancestors at this time. 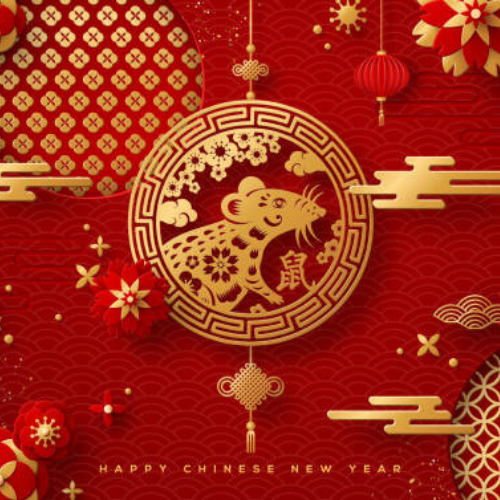 As per the ancient mythologies, in ancient times in China, there was a beast named Nian who at men could enter the homes of people and hurt them. People got to know that Nian was scared of the color red and also of heavy noises. To scare the beast away people decorated the places with red and had fireworks and explosions going on everywhere. These were the first New Year Celebrations and the similar ones continue to date. Hence, crackers, fireworks, and the color red play an important part in the celebrations of Chinese New Year.

Not one but many are the superstitions related to the Chinese New Year, be it about the date, significance, or celebrations. A thorough cleaning of houses takes place to let go of any bad luck or negativity. The dustpans and brooms are no used from the New Year’s Eve to avoid the sweeping away of any good luck. The doors and windows are kept open to let in the positivity and good luck. Since the Cantonese word for shoes translates to rough and that of trousers give the meaning as bitter, the buying of these two items are avoided during the time of New Year. Also, the Cantonese word of haircut sounds like prosperity, and people are scared that they might cut away prosperity if they go for a haircut. Hence, haircut is avoided to not let their New Year be a bad one. It is the custom of New Year to showcase the images of Zhong Kui who subdued a demon. There is a branch of growing plum appearing from the back of Zhong Kui. 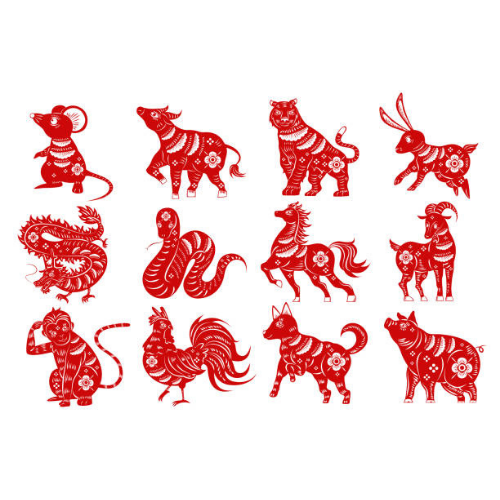 According to the Chinese Zodiac, every year is named after the twelve animals which are given in the traditional zodiac. Many legends have come up with the explanation f how this happened. Some say that the twelve animals were the visitors to Buddha when he asked for some visitors. To reward them, Buddha chose the animals and named the years after them. It is believed in China, that people acquire the special qualities of the animal that is associated with their birth year. According to the Chinese calendar, the days, months, and times of the day are also given the name of animals.

On the last day of the year, everyone remains busy in preparing delicacies for the next two days and with visits for grooming themselves. According to the traditions, the food for two days is prepared previously so that the utilization of any sharp objects like knives should be avoided to not let go of any good luck. The celebrations of New Year and New Year’s Eve are confined to them being a family affair. The family members gather for an evening meal on the eve of New Year. In case a family member is unable to join the celebrations, a seat is kept empty to mark his/her presence. At midnight, the young members bow and give their respects to the elders as a tradition. 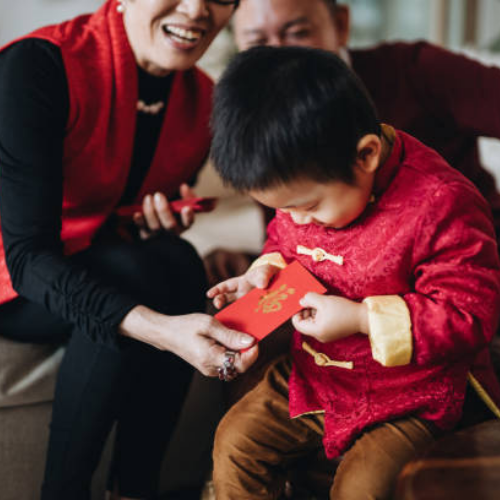 The red Lai-See envelopes are given to the children on the occasion of New Year, which the money to bring good luck is wrapped in the envelopes. It is considered bad to tell a lie, use inappropriate language, or raise a voice on the occasion of New Year. From the second day onwards, people start visiting their friends and relatives and exchange presents along with Lai-See envelopes for children.

The New Year Food in China 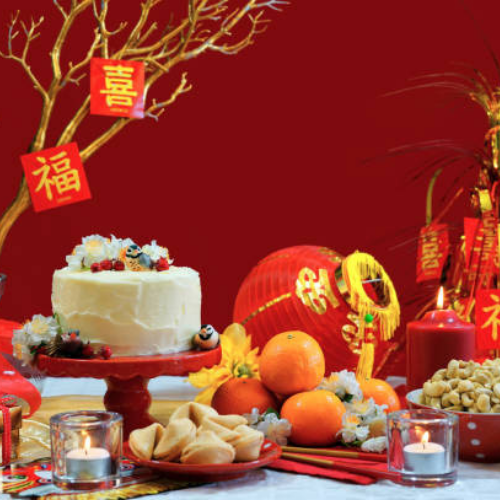 Feast is a significantly important part of the celebrations of Chinese New Year, where every food is symbolizes something important. The treats of culinary begin with a staple noodle dish which is eaten for five days and on the 15th day, the round dumplings are eaten as a feast. Happiness and longevity are what the noodles symbolizes, wealth is what dumplings signify, and prosperity is symbolized by fish. Other food items that are prepared are tangyuan, spring rolls, Nian Gao, and fruits which signify better income, wealth, and togetherness in the family.

It is all about the zeal and zest with which people all across the world celebrate the Chinese New Year. All the bad luck, negativity, and evilness sweeps away with the celebrations of New Year. With this New Year, people wish for prosperity, good luck, and health globally. Spending time with family is equally important in the celebration of New Year. Have a prospering one!