Java has come as a boon in the lives of students since it was invented in the year 1995. Initially, people used it for interactive television but now the applications of Java has transcended all other software. Justifying its motto, “Write once, run everyone”, Java has become one of the most studied programming languages in the world for it can execute anywhere.

This paves the way to a lot of mistakes that are made by students while writing JAVA assignments. Often it happens that students are not even aware of them. Are you one of those students? Don’t worry, our programming assignment help experts have culminated a list of 7 common mistakes that Java programmers make for you. Once you are through with these, you can put deliberate efforts in rectifying them from your work.

The salary of a Java programmer is approximately USD 83,975 in the US. Interestingly, Java developers are paid lucrative salaries, which is why Java has always been in demand. There are about 9 Lakh Java programmers in the world today, which is estimated to quadruple in the coming few years.

Understood why students are so much into learning this programming language? However, the language also contains several intricate concepts that need to be mastered to be able to call yourself a Java programmer. Thus, we will now enlist seven of them. 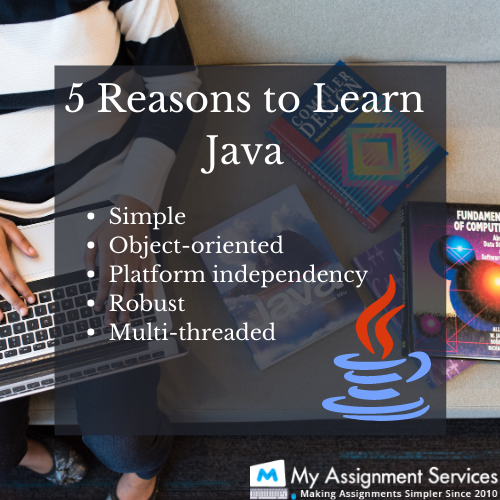 Do You Find These 7 Mistakes In Your Java Assignments?

Java is a fast and reliable programming language. Additionally, a user is able to work in a secure environment. The programming language is dependent on an object-oriented model. Consisting of a lot of intricacies, students get perplexed in writing these complicated assignments.

To mitigate these challenges, you first need to know what mistakes you make in your work. Over the years, our computer science assignment help experts have researched in this field and collected the 7 common mistakes that every Java programmer commits in their work. Hover over these mistakes and make sure that you don’t make them in your next Java assignment.

While students try to access an object and the reference associated with that object is null, a condition called the Null Pointer Exception occurs. This is one of those mistakes that is the most commonly made mistake by the Java programmers. Compilers are not able to detect this mistake.

Students make this mistake when they don’t initialise an object or haven’t monitored the function return value.

This is an error that is very easy to commit and often goes unnoticed. Often. Even after checking the program more than once, students are not able to spot this error. While there’s no solid plan to rectify these errors, you can take advise from our programming assignment help experts and get some tips on how to rectify capitalisation errors in Java programs.

Some of the points to keep in mind here are as follows:

Forgetting the closing the curly brackets {}

One of the 7 common mistakes that every Java programmer commits is neglecting to close the curly brackets. It has to be kept in mind that whenever you open a curly brace({) in your program, you cannot move on to the next command without closing it (})

Most of the time, students commit this mistake due to improper indentation of code. To rectify this, our programming assignment writers have a habit of opening and closing a curly brace immediately, so that they do not forget to do it later. Later, they write the code within these brackets. 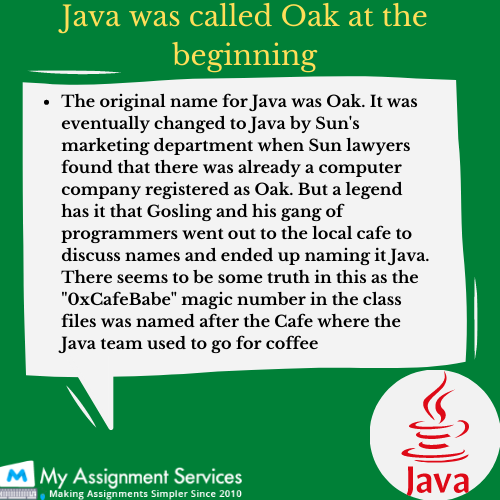 It has been observed that students overlook the significance of breaking in the switch case construct. As a result, the program code doesn’t execute properly. There is an in-built feature in Java which is known as ‘fall through’. With this, the program keeps on executing one case unless there is a break in it.

So, when students forget to break in the switch case construct, the execution keeps on moving to the next case until the break is put. The main reason why this mistake cannot be detected is that it won’t come under compile error. Thus, the program keeps on executing and you will only realise that you have committed this error when you won’t get the desired output of your program.

While comparing two objects in the program (=/==)

According to our programming assignment help experts, students get confused between the usage of = and ==. This is why a lot of students make an error while comparing two objects in their programs.

This is one such topic that we have covered for students most of the time when they have approached us with their queries. There is a huge difference between = and ==. While == is used for comparing two objects, if you wish to compare two strings, then this operator cannot be used. Instead, use = (equals) operator for this.

A lot of students have approached our computer science assignment writers to get clarity on the difference between static and non-static variables in Java. Naturally, getting perplexed with the two variables is one of the most common mistakes that every Java programmer makes.

When students try to access an instance variable from the static method, they commit this mistake. It is not possible for them to access member variables using the main method.

Being ignorant towards freeing the resources

Every time a new file or connection is opened, it becomes mandatory for the Java programmers to free it once they get the desired output.

In most of the cases, students overlook the importance of freeing the used resource and this creates a problem in the execution of the program.

Now how about checking out a Java assignment sample drafted by our writers? Here it is.

How To Write A Java Assignment? Here Is How Our Java Programming Assignment Help Experts Do It

Now that we have already told you about the 7 common mistakes that every Java programmer commits, it would get easier for you to understand the assignment that we will be discussing now. 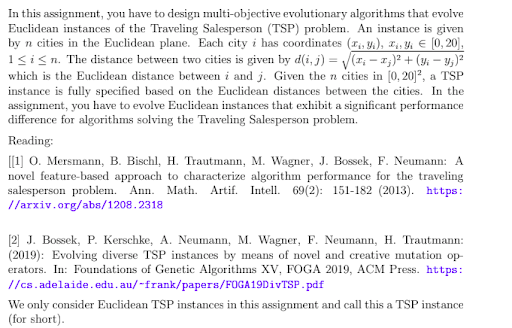 As you can see in the image above, the main objective of this Java assignment is to design a multi-objective evolutionary algorithm that evolves Euclidean instances of the TSP problem. Keeping in mind the errors that could be committed in it, our experts provided help with Java assignment and furnished students with a comprehensive solution for this problem.

In case you require us to help you with similar kind of assignments, then you can always get in touch with us 24*7. We will get back to you with instant solutions for your reference.

Got enough reasons to start with Java? Now that you know 7 common mistakes that every Java programmer commits, keep these in mind so that you don’t make them in your work. If you still have any questions, get in touch with us via the live one-on-one sessions.

Want To Submit An Accurate Java Assignment? Contact Us Right Away!

Java is a world in itself; being one of the most popular programming languages in the world, there are a lot of intricacies involved in this. To be able to develop flawless and accurate programs, it requires a logical and analytical mind. My Assignment Services is a one-stop platform for students that hosts over 2,500 prolific experts in the team. All the experts in the panel are thorough with the subject-matter, in their respective fields.

Talking about the programming assignment help experts, they are not only highly-qualified but also possess an industry experience of over ten years in this field. Thus, producing accurate reference assignment solutions for students is not a tedious task for them.

We have initiated a number of value-added services for you. To know more about them, you can contact us anytime, as per your convenience.

4 Hacks By Experts to Ace Your Economics Essay