Convenience sampling is the most basic type of non-probability sampling technique. It's a form of judgment sampling where participants are not chosen to be a part of the sample because they have already made themselves available for selection. Convenience samples can be found in any situation where people or things happen to be conveniently at hand, such as shopping malls and supermarkets, schools and churches, sporting events, and places of employment. In other words, convenience sampling is a type of non-probability sampling that involves selecting participants that are easy to reach without giving them much thought or care about who they might actually be or what they might be like.

A simple example would involve asking one person from each aisle in a supermarket to take a brief survey about the store's prices. Now to better understand, let's see the convenience sampling definition process advantages and disadvantages. 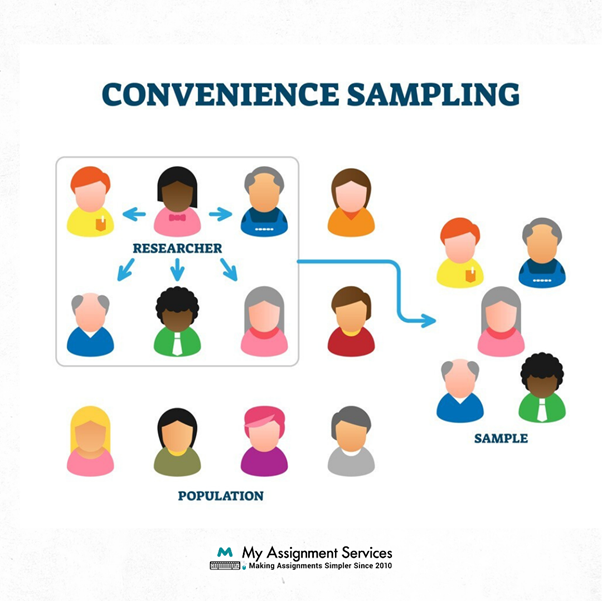 According to the text, convenience sampling is the process of choosing samples that are readily available or easy to access. Convenience samples are used in market research surveys all the time because they're convenient and inexpensive to use (and sometimes not very accurate). The easiest way to understand convenience sampling is through an example. For instance, if we wanted to conduct a study on college student attitudes toward music downloads, it would be fairly simple for me to take my survey up and down the rows at my local record store during its grand opening sale where people are lined up outside waiting for it to open so they can take advantage of discounts on all their favorite music.

What are the Benefits and Drawbacks of Convenience Sampling?

The main advantage of convenience sampling is that it's fast and easy, which makes it a very attractive option for researchers on a budget. Often, they can't afford to spend lots of time recruiting participants or paying them for their time and services. There are also some other obvious advantages: you don't need permission from any official bodies, such as an Institutional Review Board (IRB), because the people in your sample haven't been recruited by anyone else, so they're not considered part of a vulnerable population. Convenience samples can be collected anywhere - at home, outdoors, your place of employment - wherever you happen to find yourself when inspiration strikes. They're even easier to collect than quota samples because you don't need to worry about recruiting and scheduling participants

Convenience samples also have their fair share of drawbacks: they can be biased or unrepresentative because you're essentially taking a shortcut around the usual sampling process. When researchers want to learn as much as possible about a large group of people, such as those who live in a particular country or region, they use probability sampling techniques that involve randomly selecting respondents from that population so that everyone has the same chance of being included in the study. However, there's no guarantee your participants will fit into the category you're trying to understand for convenience samples. This lack of random selection opens up opportunities for researcher bias and other errors. It might even lead you to think you know more about a group than you actually do. 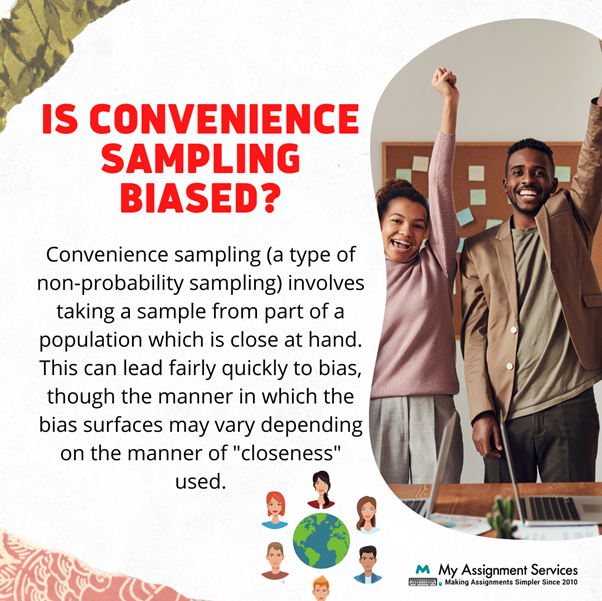 Why Would Someone Want To Use it?

Convenience sampling is best suited for studies that involve developing new ideas or testing theory, such as attitude surveys and case studies. It's also used when researchers don't have the time or resources to implement probability sampling techniques because these research projects tend to be smaller in scope. For example, let's say we needed to conduct a short study on college students' attitudes toward downloading music from the Internet (hello, market researcher!). Using convenience sampling would be very fast and cheap - all we’d need is some basic survey questions and enough participants to make sure no one had too much influence over the results. But while this sampling technique is quick and convenient, it's probably not the best way to accurately represent a group of people because we’d be unable to select my participants randomly.

What Can Skew the Results?

Convenience samples are often skewed toward groups of people who are willing and able to take time out of their busy schedules to participate in research studies. Suppose you want your findings to apply only to college students, for example, but your convenience sample includes more working adults than this age group (which isn't unlikely given that most college kids aren't employed). In that case, your study results might not be very helpful. Other potential disadvantages include:

These types of pitfalls can lead you into thinking that you understand something better than is actually the case - like how easy it is for college students (who really love their music downloads!) to represent all adults over 30 when it comes to buying music.

Get Further Assistance from the #1 Humanities Assignment Helpers in the USA!

Convenience sampling is best suited for studies that involve developing new ideas or testing theory, such as attitude surveys and case studies. It's also used when researchers don't have the time or resources necessary to implement probability sampling techniques, because these types of research projects tend to be limited in scope and involve only a few people, limiting the potential for sampling error.

We help students from all over the USA to improve their grades with our homework and exams assistance. We provide the best humanities homework help USA for every university or college student. Our team of experts is on call to answer any question you have about your coursework, no matter how difficult or simple it may be. Don’t wait for another semester to pass before you get started! You won't regret giving yourself an edge by investing in one-on-one tutoring sessions that will ensure success this upcoming academic year. We help students to understand what they're learning and provide a comprehensive understanding of the material and rubrics. With our affordable rates, you don't have to worry about going into debt or missing out on your education because we can offer the same quality as traditional tutors for an affordable price.

Why Do You Need to Learn the Cornell Note Taking Method?