Well-known as Yellow Wiggle, Emma Watkins suffers from a painful chronic condition of Endometriosis, leading to the cancellation of her national tour for her show. Children’s entertainer of Australia came across the diagnosis with a great shock.

Emma began performing with The Wiggles in 2010, first as Fairy Larissa, then as Wags the Dog, Dorothy the Dinosaur and as a Wiggly Dancer. In May 2012, the professional dancer was announced as the first female Wiggle, replacing founding member Greg Page as the Yellow Wiggle. It was in 2015, that she got engaged with her Purple Wiggle, Lachlan Gillespie. She had been suffering from this crippling disease since last two years.

As she says, “I think even as a girl you are just used to dealing with what you have to deal with, and I think as it started to progress to get a little bit worse I thought I should get it checked out”, it is being observed that more there is a huge population of women that are suffering from this painful experience of endometriosis. In Australia, one out of every 10 women is affected by this condition, thus constituting around 176 million women worldwide who carry the similar magnitude of pain in their body. 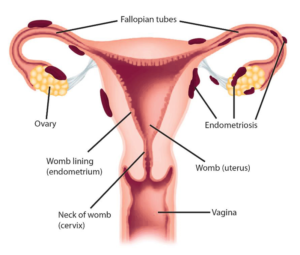 Endometriosis is where the cells similar to the lining of the womb grows at an unusual site like in the pelvic cavity. These tissues start to grow outside the uterus causes heavy pain at regular intervals and if critical, can also affect the fertility of the female body. This problem used to happen to the older women previously, but now it can be seen in the girls less than 15 years of age. Endometriosis has got common in teen or young women.

How Is the Chronic Pain Different from Normal Period Pain?

When it is a chronic pain, you know it needs a proper investigation and an immediate action on the problem. There is a mild discomfort that the teen girls suffer from in the first 1-2 days of their menstruation, which is common and reasonable.

But when the pain gives a sign at the pelvic region of the body, there are maximum chances of endometriosis. Some of the initial symptoms of the condition include pain around menstruation, fatigue, and even during the sexual activity. Other symptoms that can be noticed due to endometriosis are:

“It can also cause irregular periods and unnecessary bleeding”, tells Watkins.

As Watkins’ gynaecologist, Dr. Louise Hull adds, “Endometriosis responds to reproductive hormones like the lining of the womb. When women get their period, the endometriosis tissue can breakdown and irritate the pelvic environment causing pain.  The pelvic muscles can then respond by contracting and having muscle spasms (which causes pain). After a while the brain gets sensitised to the pain (central sensitisation) and headaches and fatigue can occur.”

Australia’s Yellow Wiggle Emma Watkins who is married to her fellow Purple Wiggle Lachy Gillespie, speaks to the The Daily Telegraph, that she has been undergoing very strong period cramps from the last couple of years and they seem to stop nowhere. The severity of the chronic condition is underpinned when Watkins says, “I think I thought it was a normal period but it really wasn’t. I got headaches during the show and I thought, OK, this is probably a little bit too much now.”

As per the report, Yellow Wiggle will be replaced by another friend of Watkins, and she aims to aware a number of people about the condition. With this, she adds, “Endometriosis affects one out of every 10 women in Australia. If I can spread awareness about checking up on your symptoms and if you do have pain, go and see somebody, because I know it has been the best thing for me.” 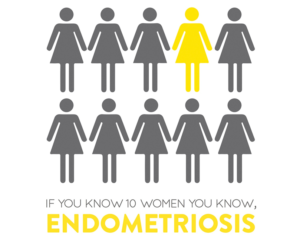 The 28-year-old entertainer is forced to drop out of the upcoming tour and get herself admitted for the surgery. She will be in the hospital when she was supposed to perform on the Gold Coast.

For the Awareness Here!

Endometriosis has a strong tendency to run in families, especially young women with relatives with endometriosis (mothers, sisters and aunts) have a higher chance of having endometriosis. If you have been suffering from the same condition, or any of your acquaintances do, you can help them manage endometriosis pain by:

We really hope this works for you.

Assignment of the Week – Reflective Essay

A Complete Guide to Business Intelligence: Tools, Analytics & Much More