11th November is Remembrance Day. ‘Lest we forget’; The Vintage Valour.

As destiny would have it, the first Great War in modern history ended at 11 AM on the 11th day of 11th month back in 1918 and thence the Remembrance Day or the Armistice Day is observed each year on 11th November to mark the end of the First World War more than a century ago in 1918.

The day is marked worldwide with a sombre observation of 2-minute silence at 11 AM to honour the lost lives of commonwealth soldiers and by sporting Poppy flower mementoes. The significance of the poppy flower was immortalized by the Flanders Field World War Poems by John McCrae; a Canadian Surgeon.

After the blood bath, the barren battlefields which still reeked of gun powder, sweat and mindless violence were organically covered in sheaths of lush red poppies almost signifying the rebirth of the innocent and adolescent valour; a collective youth calibre from over 50 countries all but wasted while fighting for a lost cause. Historians argue that the total war casualties at Flanders Field (now in Belgium) were upwards of 1 million, however, the official figure was announced to be 6 Lac deaths by the Commonwealth Government. 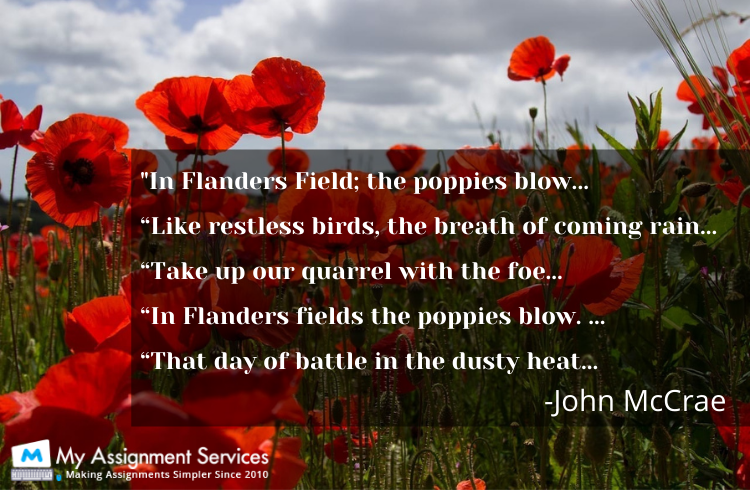 The History of Remembrance Day

King George V started the tradition in 1919 and since all Commonwealth Nations observe this much important historical event and a prominent National Day in UK, Canada, French Republic, New Zealand and Australia.

The first Remembrance Day was observed on the lawns of Buckingham Palace in 1919 after the dinner on 10th November hosted by King George V to honour the then French President and thus in commonwealth countries, marking the Remembrance Day on 11th November each year became a tradition.

Although the First World War or the Great War officially ended on 28th June 1919 after the formal declaration of Treaty of Versailles, all offence between the German Side and the Anglo-French side also known as Entente stopped at 11 AM on 11th November in 1918. The English Monarchy celebrated the anniversary of the cease-fire and to honour the armed forces, King Goerge V hosted a gala banquet for the French president at the Royal Buckingham Palace, and thus the annual tradition of observing The Remembrance Day was born.

In 2016, FIFA objected to National teams of Scotland and England incorporating the poppy symbol in their kit design deeming it political. However, it had to back down and allow it. The then UK PM Theresa called the FIFA’s decision as “Utterly Outrageous” 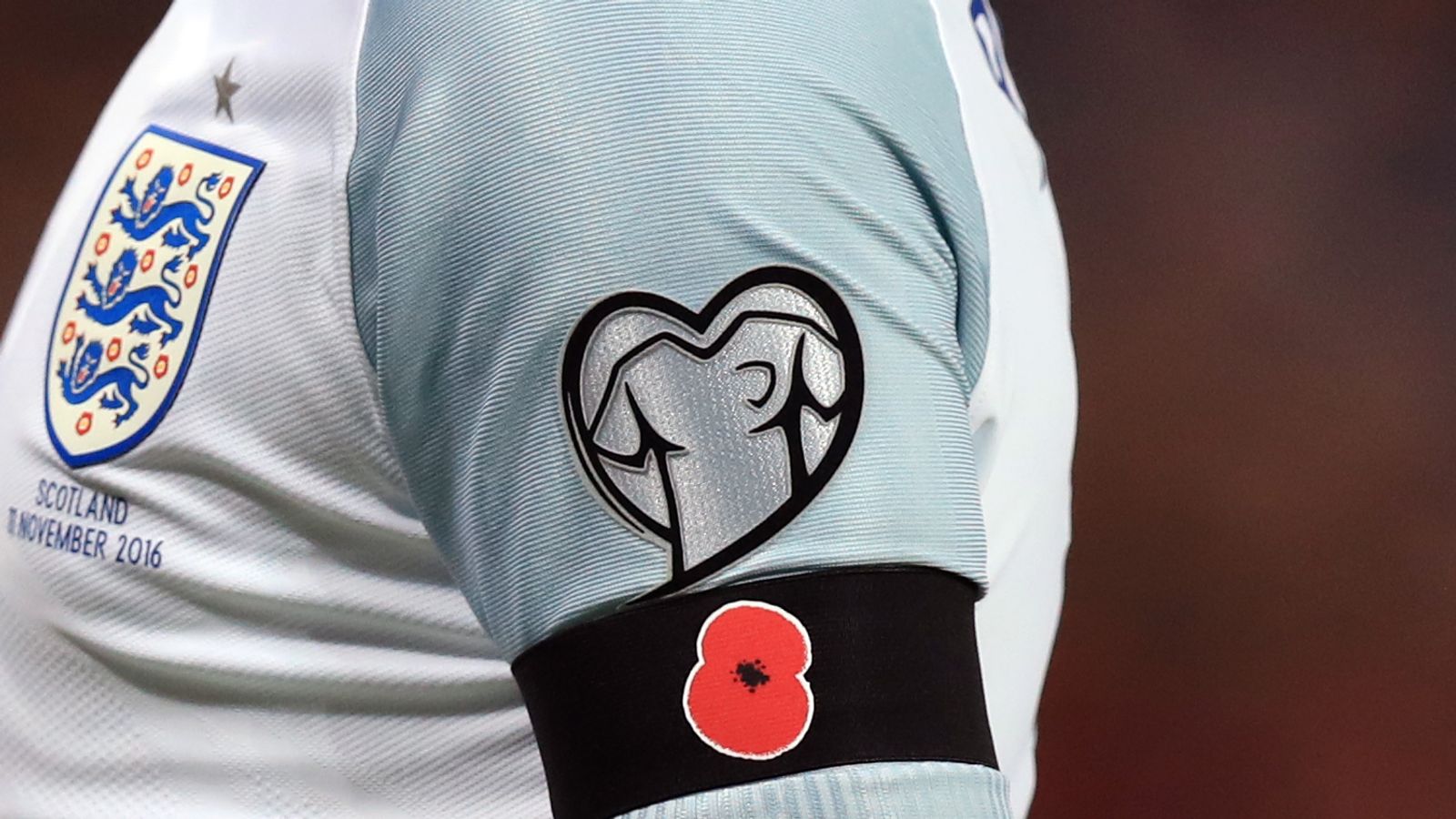 The UK and rest of the Commonwealth observe Remembrance Sunday 2020 amid the Pandemic.

The last Sunday before the 11th November is known as Remembrance Sunday. This year, the COVID-19 pandemic forced the ceremonies to be scaled down and while the British Royal family attended the annual tradition which was organized by strictly following the social distancing norms; only a close to 30 war-veterans were present for a short parade.

Queen Elizabeth was missing from the actual ceremony at the Cenotaph in Central London and she observed the ceremony from the balcony of the Foreign and Commonwealth office while her son and politicians including Boris Johnson paid their tributes to the war veterans and martyrs. 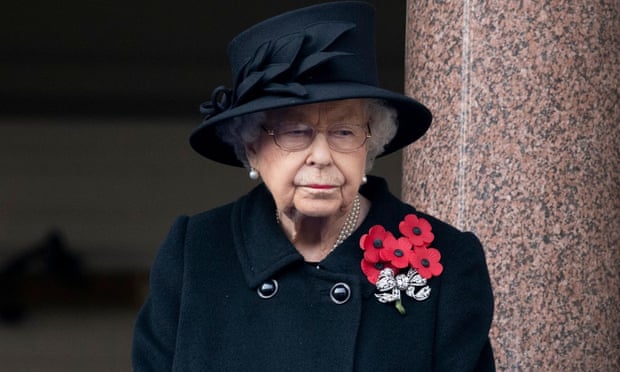 This was a stark contrast to otherwise elaborate ceremonies that take place in Central London each year on Remembrance Sunday. In the words of the veterans present at the ceremony, keeping the tradition alive during the pandemic was most important. Notably, it was the first time in the history of Britain that the public, in general, was not allowed to attend the Remembrance Sunday Ceremony owing to pandemic related restrictions (source-www.guardian.com).

The Significance of the Poppy Flower

Remembrance Day is also popularly known as the Poppy Day and for a good reason. The battlefields where the gory played out in its abundance were abandoned once the war was over. As nature would have it, these fields, most notably the Flanders Field area were covered in Poppy Flowers as nothing else would grow there.

Red poppies today symbolize a tribute to war veterans in general but remain most closely associated with the sacrifices made during the first world war by the commonwealth armed forces. 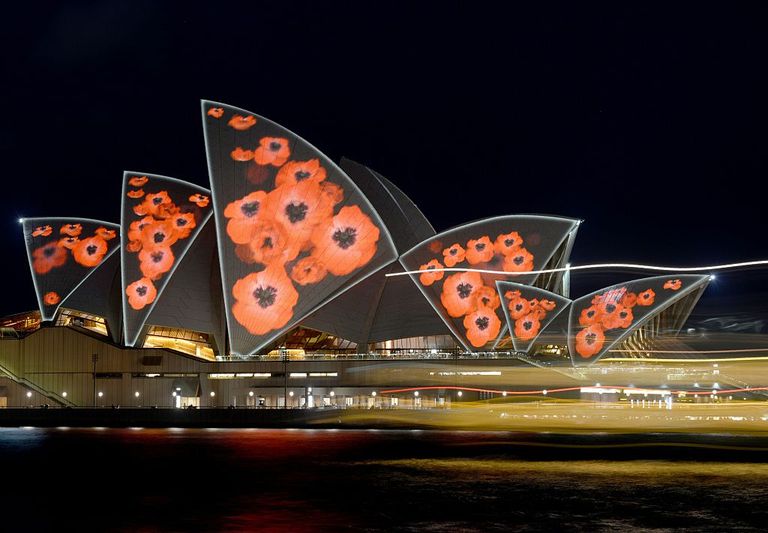 When should you start wearing the poppy flower?

The tradition mandates it to start wearing the poppy flower 11 days before the Armistice or the Remembrance Day as the truce in the Great War was achieved on the 11th day at 11 AM and in the 11th Month of the year. Millions around the world sport poppy flowers to honour the veterans during the Remembrance month. 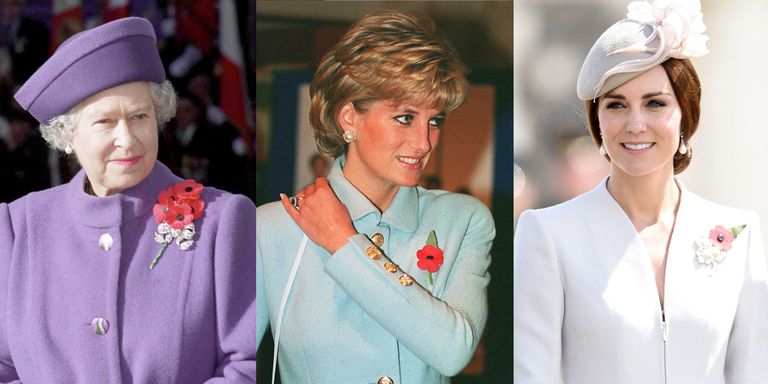 Wearing the poppy flower is a proud tradition with the British Royal Family. It is practised to honour the martyrs of the Commonwealth army and to emphasis on the solidarity between the monarchy and the British Armed Forces. Image - Shutterstock

How to observe the Remembrance Day amid a lockdown

This is an unprecedented year. The centre of power for the commonwealth nations; Great Britain, is under a mandatory four-week lockdown during the Remembrance Day and other commonwealth sovereigns too are experiencing partial or restricted lockdown norms. Although most of the Remembrance Parades are cancelled and gathering are strictly disallowed, it becomes primarily important to keep the tradition alive.

Sporting Digital poppies on social media accounts is a very popular way of how people in the UK, Canada, France and Australia are extending their support apart from organizing virtual remembrance meets.

Many a lives; precious ones at that, were lost owing to human conflict of the Great War. One of our inhouse History Assignment Help Experts however, argues that the prevalence of Veteran Honouring Events may have a political motive to justify the business of war. He further infers that states may exploit this public emotion to further their expansionist agenda. But let’s keep that argument for a different day and another blog.

Portable LightLab 3 Cannabis Analyzer turns the star of the show at the University of Kentucky Hemp Proficiency Program!

Number of International Students to be reduced to half for Australia by mid-2021?