When thermal radiation from a planet's surface is collected by greenhouse gases in the atmosphere and then re-radiated in all directions, the greenhouse effect occurs. Although some of this re-radiation is reflected back into the surface and lower atmosphere, the mean temperature rises above that which would otherwise be the case.

Climate scientist James Hansen explains: If you put heat into the system, it will come back out at you as long as there's enough carbon dioxide to make it through the ceiling, i.e., along with radiation coming back down to heat up the system." ("Storms of My Grandchildren," page 304).

GH gas molecules radiate energy everywhere. Part of this range is directed towards the surface. It may be absorbed or reflected back into the atmosphere when it strikes the surface. If the heat is absorbed, then more heat will be radiated back than was received by the Sun, to begin with. That extra heat will make its way to ground level, where greenhouse gases absorb it and raise average temperatures, creating a positive feedback loop that heats up our planet over time. 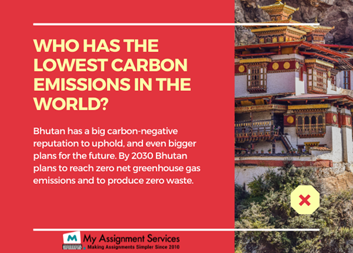 The greenhouse effect is one of many natural processes by which our planet regulates its temperature. Other examples are clouds acting as a blanket at night or other bodies of water emitting energy during their nighttime cycle. With these natural pillars in place, Earth can maintain habitable temperatures over long periods despite fluctuations in incoming sunlight from our Sun. However, human-caused emissions can create an imbalance that leads to global warming when these processes are disrupted.

What are the Advantages of the Greenhouse Effect?

The Greenhouse Effect Also Has Negative Impacts on the Environment

1) Once climate change enters an unstable cycle, there's no turning back. Scientists think it took less than 100 years for ice core records to show that CO2 concentrations crossed 350 ppm in the year 2000; if we burned all remaining fossil fuel reserves, this number would cross 600 ppm in 2200 (Mora et al. 2013). Vanishing ice sheets could lead to a 7 meter (23 feet) sea-level rise, submerging coastal cities and displacing billions of people.

2) The ocean's ability to absorb excess CO2 is being overwhelmed, leading to rapid acidification. This makes it hard for marine life forms—like corals that create vital habitats and employ millions of people—to form and could lead to mass extinctions by the end of the century.

3) The more CO2 we put into the atmosphere, the less heat gets reflected back into space, leading to a runaway greenhouse effect. Earth had only experienced runaway greenhouse conditions once in its history, about 450 years ago, when 94% of all marine animals went extinct.

5) Warmer temperatures can also lead to more wildfires, which pump even more heat-trapping greenhouse gases into the atmosphere.

6) Climate change will disproportionately impact the world's poorest and most vulnerable populations, who often lack the resources to adapt. 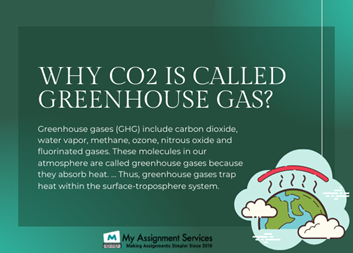 7) The melting of glaciers and ice caps can contribute to sea-level rise that threatens coastal communities and infrastructure.

9) Acidification of oceans will kill coral reefs, which will leave many people without jobs.

10) Climate change is real, it's happening now, and it's driven by humans, according to overwhelming scientific consensus.

Measures Taken by the World Government to Control the Greenhouse Effect

The scientist's assignment mentors help the USA say that the Kyoto Protocol is a treaty that sets binding missions for developing and developed countries to reduce greenhouse gas emissions. The US, the world's largest emitter of GHG gases, did not ratify the protocol. In 2009, 192 countries met in Copenhagen and agreed to a non-binding accord that set the goal of keeping global warming and climate change under the 2C°. In 2015, representatives from 195 countries gathered in Paris and adopted the landmark Paris Agreement, which commits all countries to take action on climate change. The agreement calls for nations to pursue efforts to keep global warming below 1.5 degrees Celsius. To date, only Nicaragua and Syria have failed to sign the agreement.

The Paris Agreement was a historic achievement, but it is not enough to solve the problem. The agreement does not include any enforcement mechanism, and the political commitments it calls for are not legally binding.

International efforts to address climate change have so far been limited by a lack of national or multilateral agreements on how, when, and where to cut emissions. Energy companies continue to rely heavily on fossil fuels such as petroleum and coal, which emit greenhouse gases that cause climate change. Roughly 80% of the global energy supply comes from these sources.

According to the Intergovernmental Panel on Climate Change (IPCC), the United Nations' primary authority on climate science, the planet has already warmed by 1 degree Celsius since pre-industrial times, and we are now seeing the effects of this warming. While natural variability is responsible for the relative lull in surface warming observed since 1998, this does not refute longer-term trends. The IPCC reports that it is "extremely likely" (>95% probability) that human actions are the reason for Earth's average temperature. There are multiple approaches to curbing greenhouse gas emissions, including reducing energy waste and switching to renewable energy sources like wind and solar power.

The world's governments must come together to agree on a plan to reduce emissions and address climate change. We've seen the devastating cause of climate change, and it's only going to get worse if we don't take action.

The GH effect is a climatic change process that aids in the preservation of Earth's balance. Heat-trapping gases cause the GHG effect in the atmosphere. The greenhouse effect is responsible for keeping the Earth warm enough for life to thrive. Earth's average temperature would be significantly colder without the GH effect than it is now. The greenhouse effect maintains a balance between incoming solar energy and the energy our planet emits back into space.

With our Science assignment help USA via 1:1 online sessions, you can obtain the leading experts' assistance for writing your assignments on greenhouse gases and its relevant concepts. Get unlimited free access to 1+ million resources and premium learning materials delivered right to your inbox. Start your live sessions today by filling out the form!

A Comprehensive Overview of the Transactional Model of Communication