In the past decade alone we have progressed too far and too quickly in terms of technological advancements. The advent in technology brought masses together and communication hasn’t been the same ever since. Internet, the god of all things, the parallel universe within our own universe, has changed the way people communicate, behave, philosophise and conduct themselves. Earlier, any form of communication was one dimensional, that is, if you aren’t doing the communication one-on-one, you aren’t effectively communicating anything. However, since the time internet and mobile internet penetration has been growing rapidly, the face of communication has changed beyond recognition, and all in a positive way. Everyone knows everything that is either happening or being propagated and therefore, internet is being utilised not just a tool to communicate but also as a tool to convince, which makes a huge difference in the fast-changing scenarios of the modern world.

Although we have progressed magnificently in the field of technology, we still are unable to comprehend its true value and we still have a long way to go for optimum utilisation of the Internet and its component. Here, in this blog post, I am going to give my brief opinion on how internet drives consumer culture, and the threats and risks associated with e-technologies. 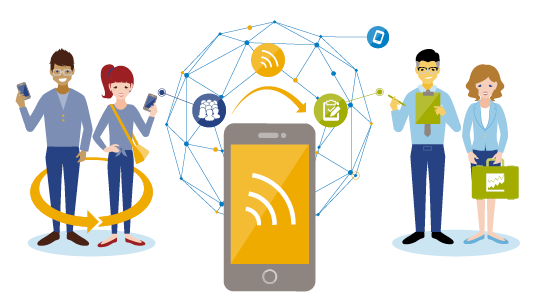 With the advent of internet communicating with masses has been easier than before. People have utilised this communication for trade and this has helped connect the world even better. Businesses no longer have to depend on geographical location to reap profits. The target audience has changed from local to global and convenience in shopping and selling has never been this hassle-free. E-technologies have created a trend that catches on like wild fire and is not doused easily. Companies are driving consumer behaviour by predicting their expenditure and exploiting them by constantly suggesting what they seek. It seems like a fairy tale where people are hypnotised but they have no idea about it. Think about it, our search behaviour is used as a cue to convince us into buying something even when we know we might not require it. It’s similar to selling a comb to a bald guy by giving him hopes that baldness is temporarily. It’s insane, but it’s happening everywhere.

We have already talked about how the internet influences consumer behaviour, let’s talk about the risks associated with e-technologies. When we talk about e-technology, the first point that comes to my mind is privacy. What you do on the internet is your behaviour and recording your behaviour to predicting what you are going to do next is exploitation. Although, you are aware that your data is being recorded to present you products and services according to your preference, a lot of time your important user data is shared on the internet with companies without having any window of security. Your digital identity is compromised and it is going to remain the same for a long time to come. Because, it is very hard to erase something once it is on the internet. E-technology providers have been promising encryption and security for using their services, they keep updating these security feature. However, these security parameters are relevant only till a particular point of time. Providers of e-technology have been updating their security features so that user data is not compromised. In fact, a third of their resource is spent on ensuring security to their consumers.

Security is required everywhere, it is not necessary that security is paramount only with internet based technologies, products and services. However, with internet, control over anything is something that is non-achievable and yet you have to strive for it continuously.

Read This Blog to Get the Best Pick-Up Lines