How is America celebrating the 4th of July 2020 in the Pandemic? Update on Iconic Macy’s Celebration and more…

“America is prepped to the ‘T’ to celebrate her Independence Day (4th of July, 2020) and the impact of COVID Pandemic has visibly failed to dampen the spirit of American Liberty. Across the country, festivities will be galore including the iconic Macy’s American Independence Day Firework Celebrations (now in its 44th year) which will happen at New York and is all set to match its grand legacy. 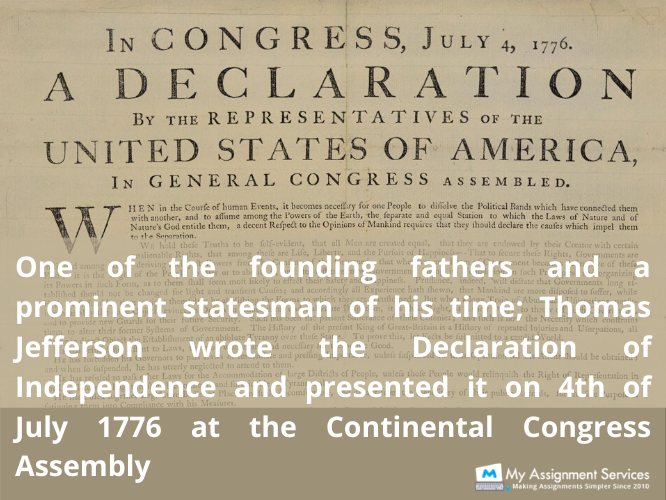 Macy’s 4th July Fireworks will happen but with a few atonements. There will be a series of surprise toned down displays across the state of New York to prevent large social gatherings due to the pandemic related protocols”. Find out the timings, details of live performances, and where you can live stream the biggest 4th of July event from the comfort of your home.


Get to know lesser-known facts about the most important day in America’s history and how each American Family will be celebrating the National Pride Day while practising lockdown and social distancing.

4th of July 1776 was a fateful day and unarguably the most important in the history of America. It was on this day when after seven years of the nation-wide American Revolution; The Continental Congress declared thirteen American states to be free of the colonial shackles and no longer succumbed under the English Monarch Rule then headed by King George III. 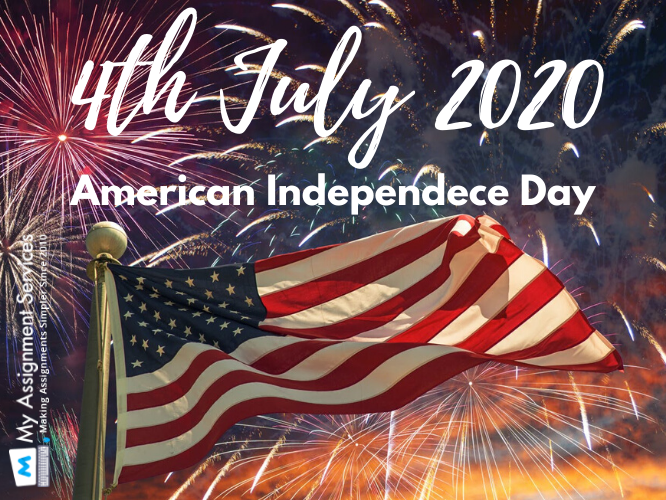 It was factually on the 2nd of July when the Continental Congress voted to free the thirteen colonial states from the British Regime. However, the freedom was officially declared on the 4th of July after all thirteen states accepted the Declaration of Independence curated by the founding father Thomas Jefferson. | Image Credit – History.com 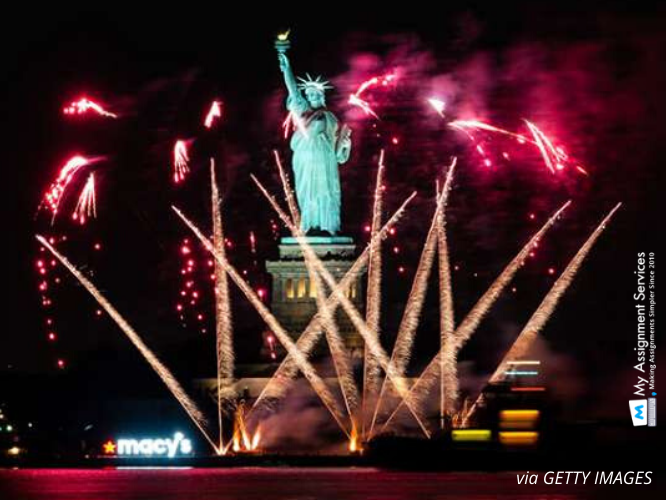 While the US Government has been strongly advising social distancing, Macy’s famed 4th July Fireworks will happen although in a phased-out manner. To discourage large public gathering, Macy’swill be hosting smaller displays across all five districts but the timings will not be announced in advance, the Annual Independence Day celebration will kick off from 30th June and concluded with the finale on the 4th July with a nation-wide live telecast on NBC (8 PM Eastern Time)

There will be surprise firework displays across New York starting from 29th June which will conclude on 4th of July with a stellar firework show from the top of the Empire State Building.

The 2 hour-long events will be telecasted live on NBC at 8 PM EST on July 4th to mark the American Independence Day followed by an encore episode at 10 PM EST.

Macy’s will be spending an upward of 6 million USD on the event making it the biggest American Independence Day celebration in the country.

Which celebs are performing at the Macy’s 4th of July annual event?

Famous singers, John Legend, Brad Paisley, and Tim McGraw are going to be there and so will be the popular music band Black Eyed Peas. Keeping up with the national spirit of America, live music performances will be a mix of pop anthems.

‘Hollywood Scoring’, a prominent music production company will also present their performance to honour the frontline workers fighting the COVID Pandemic in America.

An American Spine surgeon from Minnesota; Dr. Elvis will also perform his new hit “Music is Medicine” to raise money for The ‘Center of Disaster Philanthropy’s COVID-19 Response Fund’.

Where can I watch the live streaming of the Independence Celebrations

You can watch the event live on your computer or smartphone by logging into NBC LIVE and don’t sweat if you don’t have cable. The event will be live-streamed by multiple apps such as YouTube TV, Sling TV, and  Hulu.

The History of American Independence Day. Some lesser-known historical facts about 4th of July

Did you know that the resolution to free the thirteen states was in effect voted on 2nd on July but was officially declared on the fourth? Representatives from all thirteen states accepted the historical Declaration of Independence; penned by one of the founding fathers: Thomas Jefferson himself.

The American freedom fight didn’t end here and it continued in some parts till 1783 when the whole of America, as we know it today broke free from the shackles of the British Empire.

July 4th or Independence Day was declared a Federal Holiday in 1870 and a National Holiday on as recent as 1941 in America when the Federal Government announced it to be a paid leave for all federal employees; the other organization thereafter followed the suit.

The festivities attributed to the victory have been a constant part of American culture since the 18th century mostly involving dispersed public festivities with bonfires, barbeques, and dancing. In 1778, George Washington issued a double quota of Rum for his soldiers to mark the day, and in 1781, Massachusetts became the first American State to announce the 4th of July as a state holiday.

When the American Independence Revolution was at its peak in 1775, even then few colonists wanted complete independence and those who did were publicly mocked.

The only American President to be born on the 4th of July was Calvin Coolidge although two of the founding fathers; Adams and Thomas Jefferson died on this day in the year 1826 which was ironically the half centenary of the introduction of the Declaration of Independence.

Initially, during the 17th and 18th century, 4th July celebrations included local events with bonfires and barbecues happening throughout the country. Interestingly enough, a popular way to celebrate this day was to conduct a mock funeral of King George III; the English Monarch of that time.

What is the authentic American Way to celebrate the 4th of July?

Since the bloodshed and war with the Britons in the 18th Century, the political significance of the day may have diminished but to date, it remains a prominent day in America to celebrate patriotism and to revel with friends and family through outdoor picnics, bonfires, and even baseball games. Both British and USA are now at peace with each other and strong allies, but the historical significance of Independence Day, the contribution of the founding fathers; still inspires every American and can revoke the very libertine spirit for which the Americans fought to create the Land of the Free.

How to Create a Professional Poster for Nursing Assignment?