How Maths is Used in 3D Computer Graphics?

Gosta Mittag Lefﬂer had said that “The mathematician’s best work is art, a high perfect art, as daring as the most secret dreams of imagination, clear & limpid. Mathematical genius and artistic genius touch one another.”

One of the difficulties with mathematics is its enormous scope & depth. The topics can be studied in a superficial or in-depth manner. Because no one is expected to know everything, mathematicians choose to specialize in one or two areas & gain specialized expertise. If it’s any consolation, Einstein enlisted the support of friends & colleagues to teach branches of mathematics to aid him in the development of his theories, which are currently being explained via 3D computer graphics.

Today, since computers perform so many calculations, algebra and geometry are well-represented in the 3D graphics sector. These are widely employed in movies, cartoons, games, and other media in the twenty-first century. If mathematical approaches previously only allowed for the display of rudimentary models with primitive movements, breakthroughs in mathematics today allow for the creation of considerably more human-like characters with realistic facial expressions and the use of numerous visual special effects. 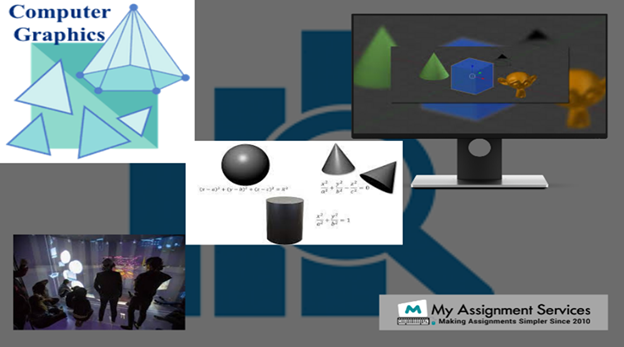 Trigonometry as well as Algebra

Calculus is an essential component of advanced computer graphics. I strongly advise obtaining a basic understanding of calculus if you wish to conduct graphics research. This is true not only because it is a set of tools that are often employed in the discipline, but also because many researchers use calculus to describe their issues and solutions. In addition, calculus is required in several significant mathematical fields. This is the one area of mathematics, aside from basic algebra, that can open the most doors for you in terms of your future mathematical expertise in computer graphics. You can avail our Maths assignment help for any issues in comprehending the subject. 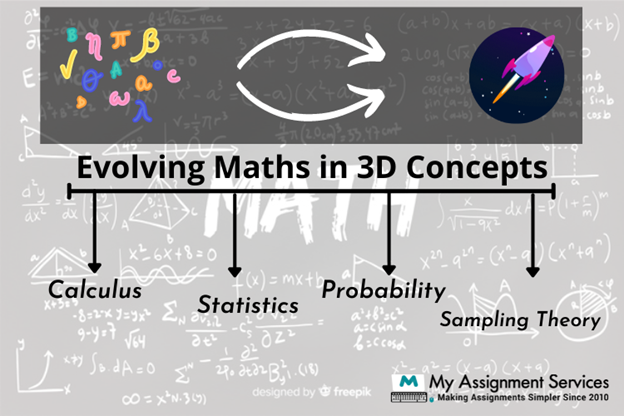 We frequently represent some object in computer graphics, such as an image or a surface, as a collection of numbers stored in a normal two-dimensional array. We are constructing a “sampled” representation of the object whenever we do this. If we want to use and manage the quality of such representations, we must have a thorough understanding of sampling theory. The jagged edges that can appear on the outline of an item when rendered on a computer screen are a prominent problem in graphics sampling which can be done easily and understood easily. In the disciplines of picture & audio processing, these concepts are equally crucial.

Probability and/or statistics are used in a variety of computer graphics applications. Statistical tools are undoubtedly required when researchers conduct studies with human subjects to analyse the data. Virtual Reality and Human-Computer Interaction are two graphics-related fields that frequently use human participants (HCI). Furthermore, many computer simulations of the real world include varied probability for the occurrence of a specific action. Two examples are the likelihood that a tree limb would branch during growth or that a synthetic animal will choose to walk in a specific direction. Finally, several methods for estimating the solutions to complicated problems rely on random integers. Monte Carlo methods, a set of techniques commonly used to estimate how light propagates in an environment, are a good example of this. These are just a few examples of how statistics and probability are applied in computer graphics.

Almost every time we represent and handle numbers on the computer, we utilise approximate values rather than exact values, and as a result, errors are always a possibility. Furthermore, there are frequently multiple approaches to solving a numerical issue, with some solutions being faster, more precise, or requiring less memory than others. "Numerical techniques" and "scientific computing" are two terms used to describe the study of these challenges. This is a fairly large topic, and several of the other fields of mathematics that I'll discuss can be regarded as sub-areas of it.

Computational geometry is the study of computer-assisted representation & manipulation of geometry. Testing whether two objects collide, deciding how to divide up a polygon into triangles, and finding the closest point in a group to a given place are all common challenges. Algorithms, data structures, and mathematics are all used in this field. Graphics researchers who work on creating shapes rely heavily on this field.

Here’s another set of essential actions: turning and moving the thing. The matrices, which you are familiar with from linear algebra, begin to work in this scenario. The operations of addition and subtraction, multiplication, and transposition with matrices frequently cause problems with homework or final exams. 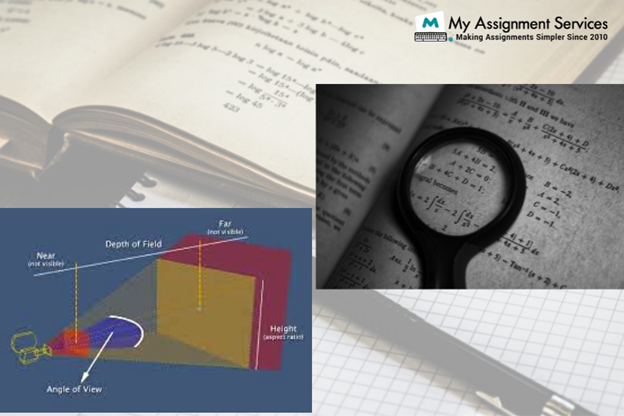 In this blog, I’ve attempted to teach you some of the key mathematical concepts used in computer graphics. I thought this would be difficult from the outset for two reasons: one, I didn’t know where to begin inside the computer graphics, and the other, math is a broad subject that necessitates specialization in specific mathematical theories. I assumed that the majority of the readers were already interested in computer animation, games, or virtual reality and that they were familiar with mathematics.

On the one hand, I could have disappointed readers by not fully detailing a subject, and on the other hand, I could have lost readers by pursuing a subject beyond the scope of the blog. Hopefully, I was able to maintain the proper balance. I hope that geometric algebra will entice you to learn more about it. It’s not every day that something wholly new emerges to test our understanding of geometric difficulties. I also hope calculus served as a gentle introduction to this massive subject of mathematics. For many readers, the information presented here will be adequate to create a program and address a variety of issues. For others, books will serve as a valuable stepping stone to more complex mathematical texts that use 3D computer images as a reference.

Eyes Set On That Top Grade? Pre-book Assignment Today To Make It Happen

How to Write a Technical Report?