Student’s Guidebook: How to Calculate the Relative Mass of Electrons?

An atom is the basic building block of any matter form; most of you must've come across this sentence multiple times throughout high school. Love or hate chemistry, you can't deny that it is one of the most interesting and intricate fields of study. The existence of the various tangible and intangible states of matter makes you wonder about its constituents and how it all came to exist.

Did you know that over a hundred forms of the atom exist, out of which ninety-two occur naturally in the environment and the rest are man-made in laboratories?

Like physics deals with the vastness of the universe and the bigger and mightier entities that exist in the universe, chemistry is pursuing beauty in detail. Chemists study all the elements, particles, properties, and methodology in combining them. All the states of matter that we can see are made up of even tinier particles, and they are called atoms.

Pursuing a field of study is an ongoing process, and generations of scientists have added their findings to the field of chemistry. The English chemist John Dalton discovered the atom in the 1800s. It became one of the most groundbreaking discoveries until 1897; Sir Joseph John Thomson discovered the electron. These discoveries are a huge part of the still ongoing studies in chemistry and physics. After years of research and theorising, scientists successfully defined the constituents of an atom. Hence, here we are years later, trying to learn about the 'relative mass of electrons'; let's learn it together, shall we? 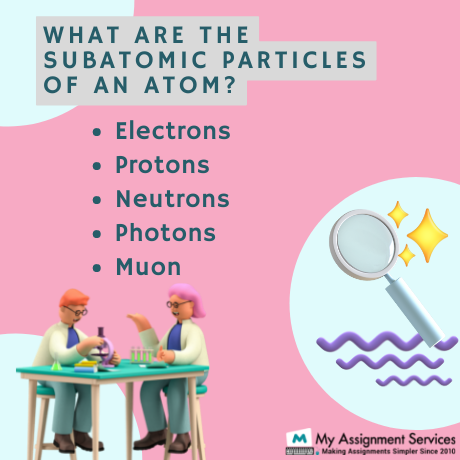 Where Are Electrons in an Atom?

Everything we can see, touch, or feel is made up of atoms. The entire universe comprises millions and millions of atoms combining to form matter, and even we humans are made of matter. Thus, we can say that an atom is the basic unit of the universe.

Everything is made up of different forms of matter; matter is made from combinations of atoms. But, energy is a universally constant entity, and it cannot be created nor destroyed. It only changes forms; this is called the energy conservation principle.

For example, fluorine is one of the most reactive elements and carries a '-1' charge. It ignites when in contact with oxygen, copper, or other elements. Yet it is one of the main ingredients used in toothpaste. You see, the proper exchange of electrons in a controlled environment can make it very useful and is exactly the role of an electron in an atom, combining various atoms through a change of electrons.

What Are the Relative Mass and Absolute Mass of Electrons?

The absolute mass of an atom is considered '1', which is the mass of a hydrogen atom. But, the absolute atomic mass of an electron is very difficult to measure, so we use the relative atomic mass. Since measuring such a minute entity isn't possible, scientists have curated methods to calculate it.

The atoms are believed to have formed 13.7 billion years ago due to the big bang; it took over 380,000 years for the universe to cool down to slow the electrons and form the nuclei of the first atom.

The unit for measuring the mass of an electron, proton, neutron, and other similar entities is electron volts, written using the symbol 'eV'. Electron volts is used specifically for measuring energy, but scientists also use them to measure the mass of an electron. According to Einstein's ever-popular equation that basically defines everything in the universe, e = mc2, mass and energy is directly proportional. Hence, the same measuring unit is used for defining both quantities.

Do these concepts intrigue you? Want to learn more? Get science assignment help from various subject matter experts at My Assignment Services; enrol today to get one-on-one live guided sessions. 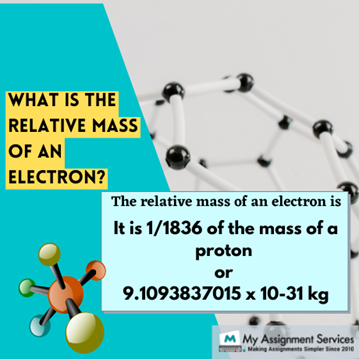 How to Calculate The Relative Mass Of An Electron? 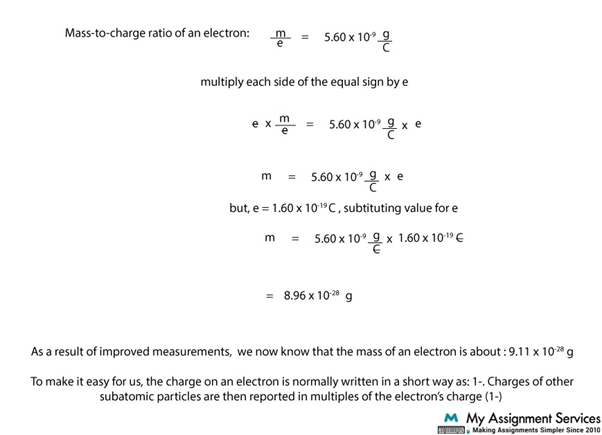 An electron is a subatomic particle considered to be the smallest elementary unit of an atom that cannot be further divided into smaller particles.

Here is how you calculate the relative mass of the electron. An electronic is a very minute and almost negligible part of an atom and yet is responsible for creating various molecules and hence matter. Electrons revolve around the atom's nucleus and maintain the atom's stability. Also, there are different numbers of electrons in each ring around the nucleus, and it contains a varying number of electrons (1,2,4,8,8,12…) scattered around.

The reactivity of an element and the production of various useful substances result from the exchange of electrons within different materials. Therefore, we can say that the atom is the basic unit of matter and the electron is the basic unit of every chemical reaction going on in the universe.

Glad you made it to the end, read more of our live blogs to enhance your understanding of various diverse concepts. Get science assignment help from our experts at affordable prices. Fill out the enrollment form on the website today.

Your Ultimate Guide To The Circle Theorem