Impact of the “war on terror” on International Peace and Security

With the collapse and burial of the USSR and consequently, of the bipolar international politics, began the unchallenged reign of the USA over a newly found unipolar world. The phase of international politics we are talking about held abounding significance, as it was not just the defeat of one of the two superpowers, but the manifestation of a political evolution. In other words, there were countless other changes as well that were coinciding within the phasis. Numerous African and south Asian countries were emerging as independent nations after overthrowing the oppressive European regimes. Many of these nations took to the world-stage and vindicated themselves with the rights of having a say in international affairs. Others formed various alliance organizations to be better heard. The times were also pre-eminent from the perspective of peace since the decades long cold war dominated by uncontrolled nuclear arms race had lastly come to an end. Or at least, it appeared so. Establishment of the United Nations, World Bank, International Monetary Fund, World Health Organization, Amnesty International, were all the repercussions of the journey the world had embarked on, i.e. the journey of promoting world peace, economic and political stability, and cooperation. All such developments laid the very foundation of a world we inhabit today.

As world politics underwent an evolution, the challenges occupying the surrounding space in relation to trade, technology, human welfare, environment, security, etc., also changed. However, among all other challenges, the issue of security and the quest for peace turned out to be the hardest task of all. It is because a new kind of threat was born, namely, Terrorism. Although the entire 19th century was plagued by aggression between nations, which also escalated into full-fledged wars twice, the threat to security today was feared to be more unpredictable than it was half a century ago. 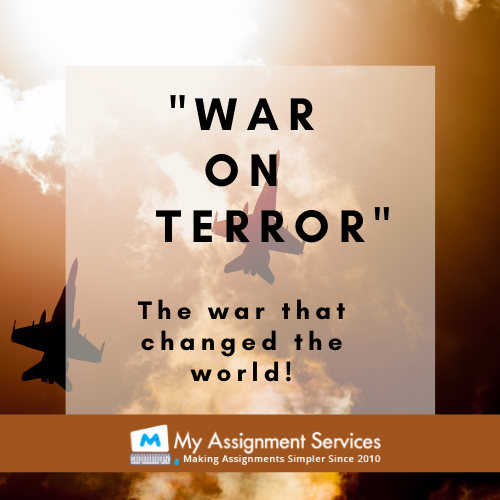 The war on terror: where did it all begin?

To visit the history of “War on terror”, we could start with the definition of Terrorism itself, but unfortunately, there are none. The fact that countries could not even agree to a certain definition of the problem, is probably why it is a matter of great concern. It only adds to the same unpredictability that political analysts and defence experts around the globe refer to. However, we’d move ahead by removing some ambiguity ourselves, by citing and agreeing to the definition Google Dictionary has dared to publish -

the unlawful use of violence and intimidation, especially against civilians, in the pursuit of political aims.

There you go. A quintessential/popular example of such an act would be the planned hijacking and crashing of several commercial aircrafts into the World Trade Centre, and the Pentagon defence building in the United States. It resulted in loss of 3000 innocent lives including women and children. The world mourned and remembered the painful incident as the attacks of 9/11.

In response to this horrendous act, the United States under the leadership of George W. Bush, unleashed a series of military and political operations on the suspected countries. This included Afghanistan, Iraq, and the nearby geographical units. The US army obliterated Al-qaeda and Taliban targets in these countries and named the initiative of zero tolerance against terrorism as the War on Terror. An uncountable number of secret arrests were also made in contribution to the initiative. Though none of these events were new to the rest of the world. Also, this might sound odd to some, but human rights violations in these strikes also went unacknowledged. And it was obvious since there was no involvement of the judiciary, no checking of the facts, no arguments, no pleas, but only instant justice. Moreover, this was the casualty that the United States was ready to take. At least they avenged the deaths of innocent lives, didn't they? 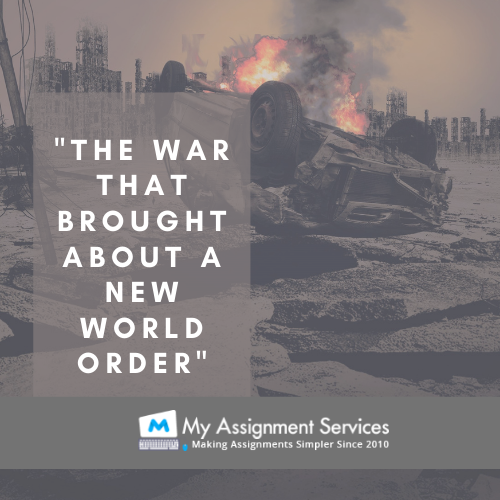 What difference did the “war on terror” make for the rest of the world?

There are innumerable instances of ‘non-american’ (Africa, Middle-East, South Asia, etc.) countries badly suffering from the threat of Terrorism. However, unlike the United States, they neither had the will nor the capacity to retaliate. If we only look at the ‘big’ terror incidents in the world after the September 11 attacks in the US, we can get an idea or the depth of contribution the “War on terror” has made. In 2007, in Iraq, about 800 people were killed in Yazidi Communities attacks. In the next year, another 800+ lives were lost in the Republic of Congo. In the same year, India’s Mumbai incident shook the world. The Camp Speicher attack in Nigeria in 2014 almost doubled the casualty to 1400 people. Equally worse was the Peshawar school attack in Pakistan that specifically claimed hundreds of innocent school-going children’s lives. Ever since then, more than a hundred more terror incidents have been witnessed by these countries.

Whether it is the United Nations Peacekeeping initiatives, or their ‘counter-terrorism strategy’ none of it came handy in bringing peace and justice to these nations. In fact, the instances of foreign aggression also doubled for these countries to tackle along. The United States singlehandedly emptied the oil fields of Iraq, Iran and Afghanistan. The long-standing Vietnam war is also not a less famous example of the United States’ “genuine” concern for peace.

The dichotomy of war and peace

In the pursuit of ensuring peace, and counter terrorism, we have all adopted a rather less accurate idea of their correlation. Starting from the times of nuclear race that had ensued as a response to the cold war between US and USSR, the world then could foresee the shadow it was casting on its future. This was why a multitude of non-nuclear acquisition treaties were amassed, which to some extent curbed the folly. However, today, when the same kind of behavior is seen among the statesmen of progressive countries, with special interest in acquiring more and more weapons, it is being called the strategy of deterrence or “nuclear deterrence”. Currently, there are about 9 countries (on papers) that have acquired Nuclear weapons for “peaceful purposes”. Neither NAEA, nor Nuclear Suppliers Group could control the distribution of nuclear weapons to these countries, even when few of them were known to have been the worst victims of terrorism.

Additionally, a flawed and one of the most outrageous perceptions is also being embraced by the general populace, that weapons can bring peace, or the “War on Terror” is not oxymoronic. There is not even the need to go into the intricacies of the war-monger governments, having the option to no longer make direct involvements. Or, the fact that wars have gone discreet. Just try answering these two questions - How can there be war on terror, when war itself is terror? How is it supposed to bring world peace by blowing it up in half?

In an article published in 2013 and later revised in 2019, by Hannah Ritchie et al., namely, ‘Terrorism’, it was revealed that the total death from terrorism every year is at 0.05 percent. In 2017 alone, there were 26,000 deaths related to terrorism. The report also outlined the fact that public’s concern of being a victim of terrorism is very high.

Aggressive political situations in international politics is what the ‘norm’ has become. With US, Russia, North Korea, and China doing their dance of fire every other day in the News, we can surely assume how much progress we, or the “War on Terror” have made in ensuring peace and securing lives. There is some relief inside the United States, and this is the part where we could see an affirmative response of peace and security. However, outside, only a certain level of progress has been clocked.

Covid-19 and the students’ quest for education in 2020