International students in Australia are feeling more unwelcome and less welcome than a decade ago. The main reason for the decline is a lack of responsiveness from Australian visa officials during their application process, according to a new survey conducted by Roy Morgan Research, where 1,100 international students were surveyed. The top five reasons for the trust deficit between Australian and international students are Unhelpful visa officers (49%), difficulty with English language test requirements (34%), long waiting times for answers about applications (32%), too many procedures to follow when applying (30%) and unprofessional visa interviews (22%).

The most important factors for international students when choosing a university are an education system recognised internationally (50%), a university campus located close to the city centre (46%), a friendly and welcoming campus environment (45%) and a good reputation among overseas universities. International students contribute A$21 billion annually to Australia's economy, according to Universities Australia - the industry association representing Australia's 39 universities. In addition, International students choose from three different visa types in order to study in Australia: Visitor visa - valid from 3 months up to 9 months; 462 Work and Holiday Visa – valid 12 months and sponsored Work Visa – valid for up to 4 years plus one year on 2 working holiday visas. Of those surveyed who had applied for a visa, only 3% said this process had been simple, with 32% saying it was very difficult. (Source: Australian Visa Bureau). 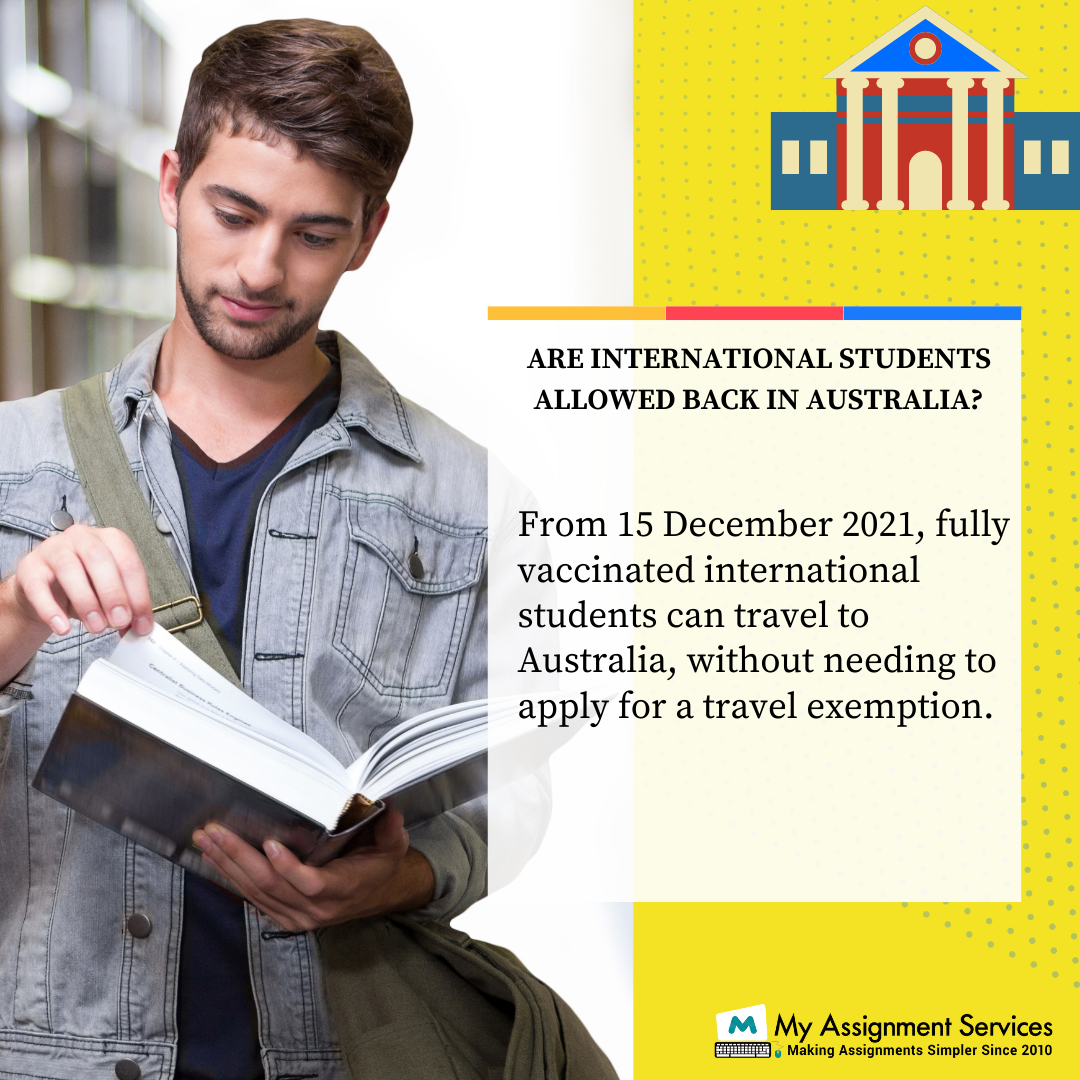 What is the Importance of International Students in an Economy?

International students are an important source of revenue for the higher education systems in Australia and around the world. They bring much-needed diversity to campuses and provide access to different perspectives on global issues, which over time lead to cultural change, better understanding and a greater appreciation of cultural diversity. More than anything else, they contribute greatly to Australia's international reputation as being an innovative leader in education. However, clearly, many international students are feeling uncertain about whether the local community has well received them. We need to do more work on how people from different cultures can be supported. It is worth noting that Japan has experienced similar problems with their students not feeling welcomed or appreciated.

Like all other members of the wider community, international students must feel that they are able to participate in educational activities without facing discrimination or unfair treatment. For example, citizenship should be regarded as not simply a legal status but also an obligation to act in ways that benefit others and society more broadly.

As the education landscape becomes increasingly globalised with open borders for students and academics- there is also growing competition between universities around the world to attract international students who contribute $150 billion dollars annually to their economy. However, there are low levels of trust towards Australia, particularly during visa application processes, which have contributed to declining international student numbers seeking higher education in Australia over the past decade. There has been long term under-investment by both federal and state governments in this area, particularly in the areas of policy, international student strategy and leadership. It is time for a whole-of-government approach to ensure Australia's higher education sector remains competitive with other nations that are reaping the benefits of an internationalised workforce.

International students need more than just support for their visa applications. They need universities that provide every opportunity to them so they may thrive during their study years and work opportunities after graduation so they can contribute back to our great country. Education institutions must do more to support students by looking at how the application process works and understanding what students value about studying in Australia. This would be greatly aided if we had better information about where our international students are coming from, what courses they are enrolling in and what institutions they are attending.

Why Do International Students Choose to Study in Australia?

Every year, many international students choose to study in Australia. However, This Blog concerns a small group of Rohingya refugees from the Rakhine state in Myanmar who have been living in Malaysia since 2013. In 2015 some were accepted by Australian institutions to further their education here while others travelled on other visas, including one student coming on a 457 skilled worker visa. In 2016 these numbers increased with 8 or 9 students arriving to begin their studies at Murdoch University, followed by two at Curtin University and 4-5 Monash University, both of which occurred during the second semester of 2016. Other universities have also accepted Rohingya refugees but, due to visa complexities, did not join them until 2017. These include Swinburne and Newington.

One of the most significant problems for Rohingya refugees studying in Australia has been the discovery that their credit history is not recognised. This means students are required to begin from an academic foundation level rather than enrolling in a relevant higher degree course. As one international student described, this issue makes them feel 'just like a bush animal who had never gone out of his jungle and suddenly sent into the city'. They also face other hurdles such as financial limitations and language barriers which, combined with feeling excluded or discriminated against by local students, can lead to some students dropping out.

Murdoch University's experience with Rohingya refugee students has been particularly insightful but shows us that more work needs to be done on how we welcome these new members of our community. The university's experience in assisting refugees is over ten years old and began with the assistance of an Afghan refugee family who lived on campus for six months when they first arrived. Murdoch has employed a five-year plan which involves training staff to help students overcome these problems, engaging local support services, adding another English Language Centre to meet demand, creating scholarships for low socio-economic status students and developing culturally relevant support groups.

Murdoch University International Research Engagement coordinator Dr Tim Stephens says international students need more than just financial aid "if they are going to be attracted by Australian institutions. They also want financial freedom so they can travel around Australia during their studies, especially if their families come from isolated areas without access to transport or technology. The university is looking into establishing scholarships to allow this." Dr Stephens also suggested that universities could do more to help international students get access through an Australian mentor or academic who could assist with any problems they are facing.

Cultural awareness has been a major issue for universities wanting to support refugees in their studies. Murdoch University's experience suggests that having staff wear religious dress or encouraging students to provide welcome gifts might not be the best way for us to welcome these new members of our community. As one refugee said, 'You can't just change your religion by putting on a scarf'. Other approaches have included asking refugees to tell their stories, which helps other students understand them better and develop empathy rather than alienate them through negative stereotypes. Towards the end of 2017, two Rohingya refugee students, Mr Nurul Islam and Mr Mounir Alam, both studying at Murdoch University, travelled to Malaysia, where they spoke about their experiences as Rohingya refugees living in Australia. Former Australian Senator Sue Boyce hosted them during the trip, who told them their stories would act as ambassadors for other Rohingya refugees.

Differences and Similarities Between Mitosis and Meiosis