A literature review analyses the most relevant literature in respective fields of study. Doing so gives a student a better picture of all extant research work undertaken in their subject. It is not just limited to the assignment but also forms an important component of thesis or dissertation. The selection of literature is the preliminary step and is also considered a difficult one. It’s analysis as well as formats also manage to give university students hard time with their literature review. Therefore, it is recommended that students seek expert help for their literature review only from professionals. My Assignment Services is one the trusted professional service provider in this field.

A literature review is not just limited one format, rather, has different styles of analysis which alters depending on the purpose of respective assignments. Understanding each of these and subsequently writing it can be a daunting task for a student. However, professional from trusted assignment providers have an edge over student due to their in-depth knowledge of not just the subject but also in writing styles.

What Are the Challenging Areas of Literature Review?

As already seen above that structure and format tends to complicate the issue for a student. Hence, it is imperative on our part as a trusted company to comprehensively try and guide you through this difficult phase of literature review writing.

Structure:  Like any academic document a literature review also follows a definite structure, adhering to which is fundamental for your literature to get evaluated. It consists of:

The introduction and conclusion are self-explanatory; however, the body basically deals with the analysis. The analysis can be done in many ways such as chronological, thematic, historical etc.

Sources: A Literature includes a wide range of sources:

All of these can be included but depending on the problem statement of your introduction.

Referencing: While sourcing the above, one important question comes to your mind – how to include it in your assignment body. The answer lies in the style of referencing like MLA, Harvard, APA etc. Every literature has an author, therefore, in-text citations mentioning author and date/page no. becomes important. This helps in the reviewing your academic document.

The aim of this task is to demonstrate your ability to find useful resources regarding current research in an area of professional interest to you, as well as your ability to convey information in a written form about those resources and structure a short report, including Harvard referencing.

The learning outcomes covered by this task include:

For this task you will need to investigate current research trends in an area of interest to you. This could be a broad or narrow area; the area will need to be defined. Try to identify themes or ideas that you come across, for example, are there particular topics that are popular, or is there a key problem that has many different possible solutions? Your report needs to be structured so that someone not familiar with your area of interest can follow it.

A detailed rubric will be made available in week 2 on Blackboard.

The emergence of a relatively new phenomenon called as cloud computing has represented a fundamental shift in ways in which IT(information technology) are scaled, maintained , deployed , developed as well as paid for. Additionally, as the spread of computer services have become increasingly pervasive in organizations, the increased complexity in management of disparate IT architecture along with distribution of software has made the process of computing expensive (Cody et al., 2008). Cloud computing delivers a promise of dramatic reduction of upfront costs in computing and delivery of services (which was considered infeasible before). This eventually helps companies in employment of cutting edge IT technology and services. The other area which proves equally pertinent and relevant is maintenance of service costs, which have proven to be a loss of scarce resources available to business organizations.

Recent literature has suggested that cloud computing is a representation of two existing trends in information technology. The first one is the area of IT efficiency where utilization modern computers are done through the scaling of software and hardware based resources (Agarwal & Lucas, 2005). The other area is business agility, where IT is used as a form of competitive tool through the processes of rapid deployment, use of parallel processing, the usage of business analytics which are computer intensive in nature and other forms of mobile applications which tend to apply real time response to consumer needs (Armbrust et al., 2009). IT efficiency concept embraces ideas which form a part of the green computing concept, since there is dual requirement. The first requirement is location in geographical area which has cheap electricity access, while the power of computing can be accessed over long distances(Cody et al., 2008). However, with the implication of business agility, computing is not only about application of cheap computing. But, it also applies to usage of computational tools which have the ability of rapid scaling as well as deployment (Vouk , 2008). There is also a reduction of upfront investments, which forms a major feature of current IT enterprise set –ups (Buyya et al., 2008).

Research has suggested that most of the espoused ideas are not new in nature as they are similar to the ones espoused by Western Union, which dreamt of becoming a “nationwide level utility”, but was not accepted at that time(Harding & Oswald , 1965). But, the growth of clod computing has been spurred by the onset of an era, where access is possible irrespective of the device and its location.

Cloud computing leads to the lowering of entry level costs for the computer based companies and facilitate the access to analytics in business, which were only available to only very large corporations(Agarwal & Lucas, 2005). The exercises for computation have the involvement of large computing amounts for short periods. Cloud computing also catalyses dynamic resource provisioning. It opens the door to a large number of developing nations, which had remained untouched by the IT revolution (Buyya et al., 2008).

Cloud computing eases the time required form access to a number of hardware resources, with no investments required upfront. This reduces the market entry time for many companies in a dramatic manner. The treatment of IT as an operational expense, rather than capital expense also reduces the costs involved in computing. Many of the start-ups are now being started with investments of a much lower quantum compared to what was seen earlier in the market. The cloud assumes the role of an adaptive kind of infrastructure, which allows multiple users to use in different formats. The users tend to be separate from each other, with the flexibility playing a large part in its success (Armbrust et al., 2009). The flexibility allows loads in computing to be balanced with more number of users joining system. Cloud computing has made the infrastructure setting very standardized, ensuring that addition of computing capacity has become analogous to addition of grids in the system (Kim ,2009) . Also the beauty of the arrangement comes from the fact that system becomes more balanced with addition of users from stochastic view point (Cody et al., 2008). There is also an expansion of economies of scale. The technology virtualization lead to hiding of physical characteristics which form a part of computing platform, but the system is rather abstract in nature representing an emulated platform. The computing platform exhibits behaviour like an independent system, but the configuration can happen based on demand. It can be maintained and replicated in a much easier manner. The related concept can be termed as multitenancy, where there is an instance of software application serving clients (Agarwal & Lucas, 2005). This leads to better utilization of system based resources (seen from memory and processing point of view). These requirements would be different, if the instances of software need duplication of all clients. From the perspective of end user, the computer industry suggests different models for cloud computing (Buyya et al., 2008). These can all be referred to as different layers present in the cloud computing architecture. One of the most common terms used in cloud computing is called as SaaS(Software as a Service). This can be defined as system when application is run in the cloud (Armbrust et al., 2009). There is an elimination of need for installing and running applications on computers of the client (Kim ,2009) . Some of the examples of Saas are enterprise applications like Salesforce or Google Apps. There are also personal applications like GMail, Facebook, or Twitter. PaaS(Platform as a Service) leads to facilitation of deployment along with development. But it is without the additional cost involved in both the acquisition and management of underlying hardware as well as software (Tucker, 2009). 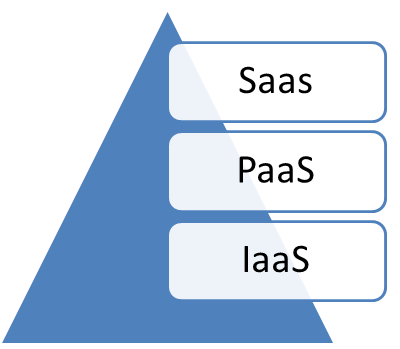 Some of the relevant examples of PaaS are Salesforce's Force.com, Google App Engine and Amazon's Relational Database Services. The third model as a part of the cloud computing process is called as IaaS (Infrastructure as a Service). As a part of this, both storage and computing capabilities are offered. Some of the examples are Amazon's S3 storage service and Rackspace Cloud Servers. Like other computing models in horizon, the technological landscape has been evolving at a very fast pace. There is no possibility for conjecture in terms of changes in technology. But the economic factors shaping the trends are highly logical and inexorable in constitution. But, IT computing also tends to face threats from incumbents entrenched in the industry, whose business is based on more traditional models. This can be due to either the underlying inertia or prospects of job loss (Kim ,2009) .

We at My Assignment Services have some of the highly qualified professional literature review writers.  Most of these assignment experts have served as ex-professors in reputed universities. They are well adept in all the academic guidelines, thereby, adhering to all requirement mentioned in the question. They are also familiar with all formats of literature review and are quick to select the most relevant literature for review it.

Not just our writers, but, our quality experts equally contribute to enhancing your assignments value. Their stringent proofreading and editing skills make it happen with ease.

Therefore, call us or email us to avail our affordable assignment writing services today. We are available 24/7 at your service.

Tips to Help You Score High Distinction in your Assignments