While you were in secondary school, you might remember getting the question of the longest day of the year in your tests. You might not remember it by its technical term - June Solstice, but this is what that really was. This year, that is 2018, June Solstice will be observed on June 21. So let us move step by step and explore the technicalities of this concept.

What is June Solstice? 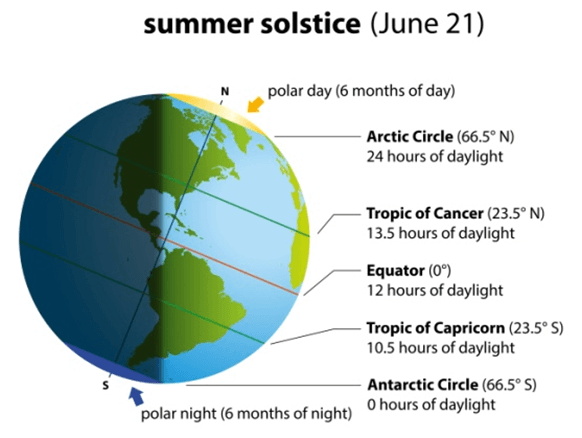 Summer Solstice or June Solstice is the moment for you to celebrate the summer in the Northern hemisphere. This marks the longest day of the year when the Earth is tilted maximum towards the sun with the angle of 23.4 degrees. It is also known as the Northern solstice because the sun is directly overhead Tropic of Cancer when this occurs. The Northern hemisphere experiences the longest day while the southern witnesses the shortest day as the south pole is farthest from the sun. 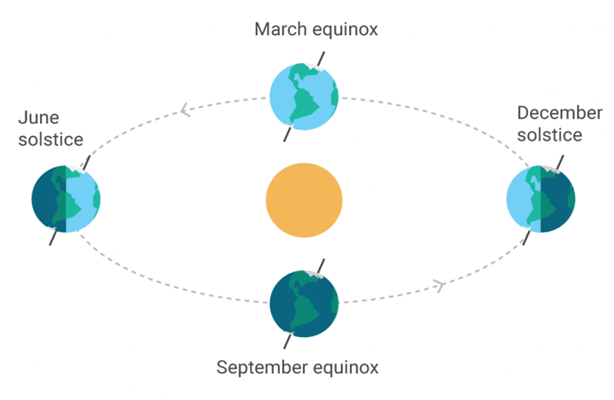 Solstice is an English word coming from the Latin term ‘Solstitium’ which means sun-stopping. It is a widely accepted astronomical event caused by the Earth’s tilt. It is believed that during the solstice, the sun rises to the north of east instead of the east, and sets in the north of west, which signifies that it is visible in the sky for a longer period of time than usual; in fact, the longest period of time. At the solstice, all locations north of the equator have a day for more than 12 hours, whereas all locations south of the equator have days shorter than 12 hours. 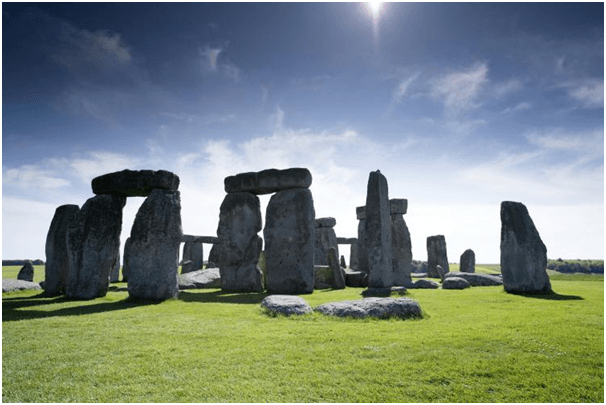 Solstice has always been the deciding factor in a lot of religious holidays and midsummer celebrations over the centuries. But there were times when there were no clocks, no calendars and nothing to measure time. How did people observe the solstice then? Not only the solstice, people knew about the path of the sun, duration of the day, time and location of sunrise and sunset as well. Monuments such as Stonehedge in England, Jantar Mantar in India were built to keep a check on sun’s yearly progress. It is believed that there is a relation between the Stonehedge and the sun as those who built Stonehedge had precise knowledge of Solstice, and they built the monument such that on the day of the solstice, the sun rose exactly above the Heel stone. However, the monument has had a lot of critics on this theory and the debate keeps on going on.

The first day of summer, is it? 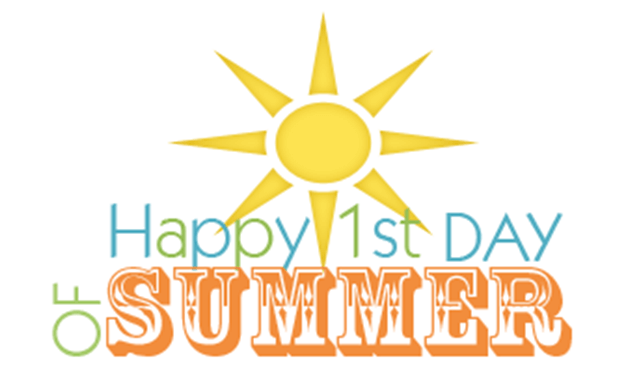 It has been widely recognised and kept as a tradition going that summer solstice is the first day of summer. Even though people start putting on summer clothes way back or schools start their summer vacations in the month of May only, yet it is believed to be the first day of summer. The tradition started with the construction of the Stonehedge when a group of people brought together stones and aligned it with the angles of the sun. Around the same time in Egypt, two pyramids and a Sphinx came into picture which was being used to prove the same result. Because of this, we know today, that knowledge and astronomy weren’t limited knowledge way back then. Different beliefs, cultures, and education systems have different knowledge to define the starting or the end of a season, but traditionally this is just a belief.

Signs of solstice in Nature

Nature has ways of welcoming seasons and weathers. If you are an observer, solstice can be easily observed with the early dawns, late sunsets, the height of the sun at noon, length of the arc across the sky and the noontime shadow (which is the shortest on solstice). In the northern hemisphere, it will be widely observed all throughout whereas the exact opposite would be prevalent in the southern half with late dawns and early sunsets.

But doesn’t it get hotter after the solstice? 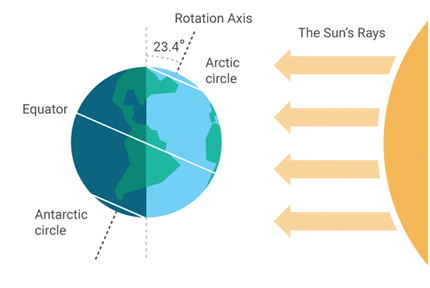 A common question which arises is that even though June has the longest day, why does it get hotter after the solstice? This is because of ‘lag of the seasons’. Initially, the earth takes time to cease the winter by melting the ice and the glaciers, so summer is there but it isn’t that hot. After the solstice, the ice has melted and oceans are warm again, henceforth we witness the hottest half of summers. The same phenomenon can be explained by the fact that late afternoons are comparatively hotter than the noon time.

When is solstice in your area?

This year, the solstice is on June 21, 2018 at 10:07 UTC. However, the dates can vary in between 20 June- 22 June depending on the time zone one follows. The solstice in Australia will be at 8:07 PM on June 21 as determined in Eastern Australian Time(AEST) that is UTC +10. To convert into a different time zone, simply convert UTC in your respective time zone by adding or subtracting some number of hours. For example, for AWST, add 8 hours to UTC and for ACST, add 9 hours and 30 minutes to UTC. Australian UTC range from UTC +8 to UTC +10 as the country is divided into 5 time zones respectively. After the solstice, the days start getting shorter as the Earth starts rotating to the other half until the Winter solstice wherein we welcome winters! Let's rejoice the end of autumn with My Assignment Services! Happy June Solstice!