What You Know About Modern Age Of English Literature

You probably know that the modern age of English literature refers to the time period from the early 19th century to the present. This period is marked by a number of important changes, including the development of new literary genres and movements and the rise of professional publishing and literary criticism. One of the most important developments in English literature in the modern age has been the emergence and growth of English-language literature outside Great Britain.

One of the most important writers from this period is James Joyce, who was born in 1882 and wrote some of the most influential novels and stories in English. Other important writers from this period include T.S. Eliot, Ernest Hemingway, Virginia Woolf, and Jorge Luis Borges. These writers helped to shape the course of English-language literature in the modern age and continue to be influential today. In addition, many important literary movements and genres emerged during this period, including realism, naturalism, modernism, postmodernism, and magical realism. 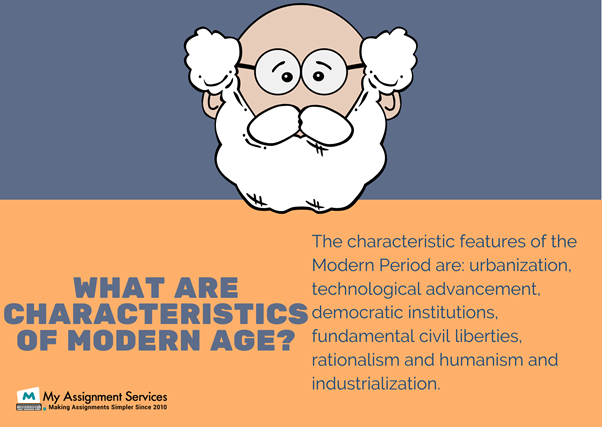 What Are The Characteristics Of Literature?

Many changes happened during modern literature, including new genres and movements like that that emerged, which included many different writers. These writers wrote some very influential pieces and shaped what English-language literature was like during this time period and still is today. Many different literary movements and genres happened during the modern age, such as realism, naturalism, modernism, postmodernism, and magical realism.

Realism can be defined as a literary movement in which writers attempt to represent reality objectively and without embellishment. This movement emerged in the mid-19th century in response to the Romantic movement, which emphasized emotion and idealization over realism. Realist writers sought to depict the everyday life of people realistically and accurately. Some of the most famous realist writers include Charles Dickens, Gustave Flaubert, and Ivan Turgenev.

Naturalism can be defined as a literary movement in which writers focus on human beings and their relationship to the natural world. In response to the escapism of Romantic literature, these writers tried to depict individuals in the context of the impersonal forces of nature. They believed that people's actions are determined by heredity and instinct rather than free will, leading individuals to behave in ways that were not always obviously good or evil. Some famous naturalist authors include Emile Zola, Theodore Dreiser, and Stephen Crane.

Modernism can be defined as a literary movement that emerged in Europe at the end of World War I around 1918-1923. At this time period, many authors broke from traditional forms and styles with an aim to express the chaotic, fast-paced, and constantly changing world around them. They believed that traditional forms were no longer adequate to capture the complexity of modern life. Modernist writers often used techniques like fragmentation, stream of consciousness, and surrealism to express this chaos. Some famous modernist authors include James Joyce, T.S. Eliot, Virginia Woolf, and Franz Kafka.

Postmodernism can be defined as a literary movement that emerged in the 1960s in response to the perceived limitations of modernism. These writers sought to undermine traditional values and assumptions about literature and reality. They believed that there was no such thing as an objective reality, instead of arguing that all reality is relative and by individuals. Postmodernist writers often use techniques like metafiction, pastiche, and irony to express this relativism. Some famous postmodernist authors include Thomas Pynchon, Don DeLillo, and Bret Easton Ellis.

Magical realism can be defined as a genre of literature in which magical or supernatural elements are treated as an everyday occurrence. This genre emerged in Latin America in the 1940s and 50s in response to the political and social turmoil of the time. Magical realist writers often use fantastic elements to explore complex social and political issues. Some famous magical realist authors include Gabriel Garcia Marquez, Isabel Allende, and Salman Rushdie.

So what do all these different literary movements have in common? They all represented a departure from traditional values and instead created new styles, techniques, and genres to help express the rapidly changing world around them. This period of time is known as the modern age, which was a distinct departure from previous periods of literature that focused more on traditional values, ideals, and writing styles. During this time period in history, many advancements in science also had an impact on literature, including things like electricity helping with inventions, better transportation methods being discovered, etc.

The Literary History of the Modern Age English

The literary history of modern literature is one that is constantly changing, evolving, and adapting to the ever-changing world around it. It is a period of time that has seen the rise of many different writing styles, techniques, and genres that have helped to redefine what literature is and can be. It is a time period that is constantly expanding and pushing boundaries in order to explore the complex and fascinating world around us. So far, there has been no shortage of amazing authors, stories, and literary movements during this time period – and I suspect that this trend will only continue in the years to come.

Transition from the Victorian period to the Modern Period

As the Victorian period drew to a close, people's thoughts turned to the future. They wanted to find new ways to improve their lives and make things easier for themselves. This led to a change in the way people thought about art and design. During the Victorian period, art was seen as a way to reflect on the past. But in the Modern Period, people started to see art as a way to express their own ideas and feelings. They wanted art to be more than just a reflection of reality. They wanted it to be something that could change the world. This change in thinking can be seen in the way that artists started to use new materials and techniques. They started things like neon lights and plastic, which they could use to create exciting and surprising modern art. 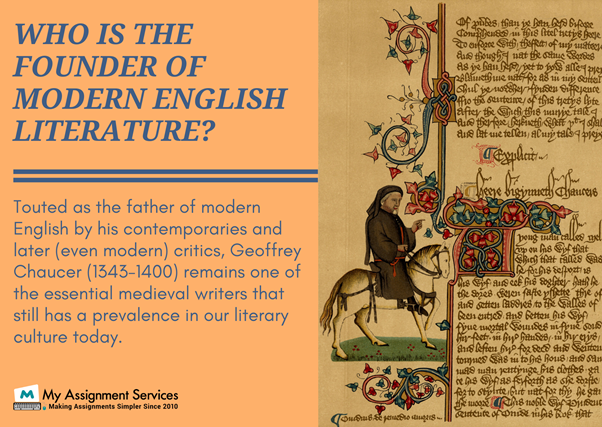 One of the first things that people did was break away from the black and white drawings that artists had been using for so long. They wanted to find new ways to express their feelings in different colours. This can be seen in famous paintings like Vincent van Gogh's "Sunflowers" (1889). By using bright, vibrant colours, he showed how he felt about sunflowers in a way that no one had ever done before.

The Surrealists were another group of artists who broke with tradition during this period. They used fantastic materials like dream-like images to try to make people think about life differently. For example, Salvador Dali painted his work "The Persistence of Memory" (1931) to try to make people remember that every moment in life is fleeting.

Our mentors who provide academic writing help in Canada say that during this period, abstract art became popular as well. The artists who created these works wanted their paintings and sculptures to show emotion rather than reality. They thought abstract art would be a way for them to express themselves and connect with other people on an emotional level. Wassily Kandinsky's "Composition VII" (1913) is one famous example of abstract art. Kandinsky was trying to create something that showed the thoughts and feelings he was having inside his head at any given time. He didn't want his piece to look like anything real or familiar; he wanted it to be completely unique and original.

The Modern Period was a time when artists started to experiment with new ideas and techniques. They wanted to create art that would express their own feelings and connect with other people on an emotional level. This period marked the beginning of a new way of thinking about art, and it has continued to evolve to this day.

The artistic characteristics of modern literature are best represented by its genre diversity and its constant evolution in response to the rapidly changing world around it. This period of time has seen the rise of many different writing styles, techniques, and genres – each of which has helped to redefine what literature is and can be. Additionally, the modern age has been marked by a move away from traditional values and ideals instead of celebrating exploration, creativity, and individuality. This shift can be seen in the works of authors like Dostoevsky, Kafka, and Joyce, all of whom pushed the boundaries of traditional Writing.

Get to My Assignment Services for A+ Grades

So what have we learned about the English literature of the modern age? We have learned that it is a time period of constant change and evolution, with new writing styles, techniques, and genres constantly emerging. We have also seen that this period has been marked by an increased focus on realism and social and political issues exploration. Finally, we have explored some of the most notable authors and literary movements of this time period. I hope this has given you a better understanding of the modern age of English literature and its significance in the history of writing.

With the guidance of our top-rated educators and an excellent team of executives, we can take on any complexity that comes our way. We offer a wide range of academic guidance services for students. If you are seeking academic writing help in Canada, our 1:1 live and research-based sessions are for you! All this at an affordable price--talk about a win-win situation! Now onward, you don't have to face any bad grades or a failed paper; just ask our mentors to help you. If you want more information on how we can assist with any complexity in your assignments, fill the form!

How to Write The Best 300 Words Essay

What are Control Variables and Their Importance: Explained With Examples