National Aviation Day (USA) | 19th August 2021. How is America Celebrating and What’s NASA up to?

When is the National Aviation Day observed in the USA?

The day is observed every year on 19th August to highlight the development and innovations carried out in the Aeronautical Industry. 19th August is the birthday of Orville Wright, one of the Wright-Brothers; thus the holiday celebrates and reflects the significance of his contributions to the development of Aviation industry in America and elsewhere. The National Aviation Day or NAD is different from the American Aviation Day or The Wright Brothers Day celebrated in December each year. 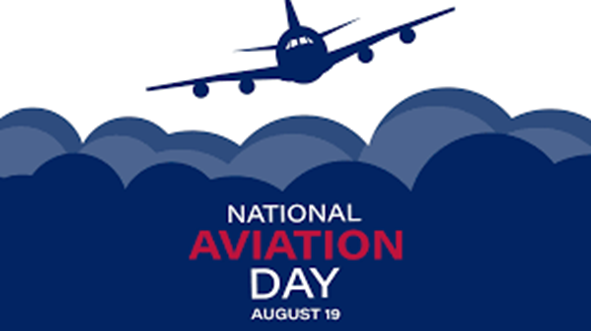 This observance event is prominent in United States of America and is used to observe, retrospect and to highlight future developments in the aviation sector. In 1939, then American President, Franklin Delano Roosevelt (FDR) issued an official announcement from the white house to mark 19th August, birthday of Mr Orville Wright, as National Aviation Day. Mr Wright was alive at that time and was viewed as a source of inspiration by the American society in general, especially by the academic researchers and inventors. Since then, the marquee event is celebrated across America with multiple events that promote Aviation. The Federal buildings and institutions are mandated to fly the American Flag on this day to observe the event in honour of Orville Wright.

America, being at the forefront of Aviation technology development; many major events are held on 19th August. 2021. This is the second year of the pandemic and has been a nightmare for the commercial airlines industry, therefore multiple awareness drives are being organised to display safety of the passenger flights amongst flyers.

Aviation Industry has always played a major role in any nation’s development. Right from the seventies when flying to travel was meant to be for a privileged few till today when travelling by air is the most preferred method and often considered to be the safest too.

The Aviation Show at the Dare County Regional Airport

Americas love their planes and the associated legacy. A major display event to celebrate National Aviation Day will be held at the Dare Country Regional Airport on 19th August. The celebrations will be marked with an elaborate display of flying machines and a delectable food spread for the visitors.

The highlight of the event will be a ride on the famous war-birds from World War 2. NASA Langley Research Centre and the organization of Wright Brothers USA will also be present there to showcase their famous legacy flight machines and latest innovation in the aviation industry.

The National Aeronautics and Space Agency of America (NASA) is synonymous with the future ready developments in planetary and space aviation. For NASA, National Aviation Day holds utmost importance and each year the national agency celebrates the holiday with spectacular displays of their technological prowess and of the advancements they have made in the development of Aviation sector.

In 2021 NASA is all out to promote their X Planes which as per them is the epitome of research and development in commercial airline industry. NASA X Plane is designed to be ecological, faster than sound and allows air travel industry to significantly minimise the harm done to planet through fuel emissions. 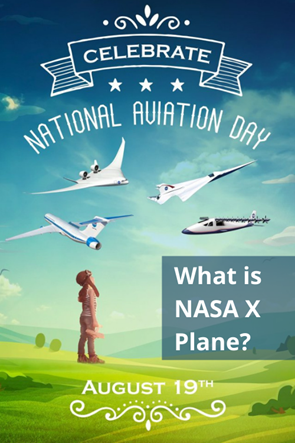 What is a NASA X Plane?

The X denomination indicates that this is an experimental development. NASA in a first for itself has sanctioned development of manned, supersonic yet super quiet, X Planes that can be deployed for commercial travel. After the preliminary research and prototypes developed at NASA, the agency has now awarded a multi-million dollar contract to Lockheed Martin Aeronautics Company to build the first eco-friendly, supersonic passenger flight machine by the end of 2021.

This is a game changer for aviation industry. Not only will it reduce the travel time by manifold, the technology promises to do minimum harm to the environment in terms of fuel emissions whilst setting new standards in passenger safety. NASA is one of the most prominent ambassadors of the National Aviation Day and is marking the day in 2021 to talk about and promote the newest fleet of NASA X Planes.

We At My Assignment Services Are Equally Excited

Aeronautics as an academic discipline is one of our expertise and we have helped numerous scholars at the aviation research and development institutions with our Aeronautics Engineering Assignment Help services.

NASAS’s latest prototype X59 will look like much like a contemporary aircraft but is miles ahead in innovation on the back of years of Sonic Boom Research used to develop it. The machine will fly on General Electric F414 engine, used in F/A-18E/F fighters. The plane is designed to house single pilot in the cockpit with top speed of MACH1.5 or 990 mph and will be capable to reach an altitude of 55,000 feet.

NASA will be unapologetically promoting the futuristic successor of aircrafts through multiple events across the country for public awareness and preparedness purposes.

In pursuance of the goal to entice students with the development in aviation industry and to maintain good relationships with the industry, the office of STEM (OSTEM) is organising virtual and physical events to promote STEM subjects amongst middle and high school students as these subjects are related to aviation.

Get ready to take a virtual tour of NASA Glenn Facility and to indulge in tête-à-tête with key NASA scientists and engineers, who will give you a guided tour of the famous research facility in America.

The research teams at My Assignment Services are well known for the academic capabilities of Hospitality and Aviation Assignment Help experts and we will be celebrating the National Aviation Day 2021 with gusto and wings spread out.

How are you going to celebrate the National Aviation Day? Share your ideas, photos on our social channels and get featured on our student-friendly platforms.

What are Conversations in Academic Writing?

Accelerate Your Academic Journey with These Effective Process Essay Topics for A Grades!