How dangerous and harmful do you think a nuclear explosion can be? Does it affect only the humans, or animals as well? This blog will give you a clear perception of all your questions. To simply start with, a nuclear explosion is extremely harmful and will destroy anything that comes in its radius. But, it does not end here, its effects go far beyond that and severely impacts the physical and mental health of people. You might be knowing that it produces and emits an endless level of radiation which can trigger uncontrollable reactions in their body. The most reported cases are those problems related to genetic damages, abnormalities, blood disorders, cataract, skin disorders, and more. Moreover, such exposure to radiation is equally dangerous for pregnant women, as it could increase the probability of deformity in their fetus’.

Britishers Testing Nuclear bombs in Australia in the 1950s 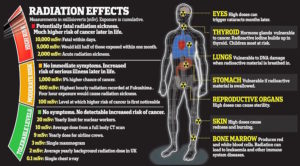 A total of nine nuclear tests were conducted in Australia between 1952 and 1957. The then Prime Minister, Robert Menzies, agreed to the Britishers’ request and hosted all these nuclear test explosions. This decision was made immediately and without much consultation or setting up meetings with the Cabinet. He announced and defended by saying, “These series of atomic weapon testing will be conducted in controlled and safe conditions. It will be ensured to every resident in Australia that there is absolutely no danger from the radioactivity and also there will be no harmful effects on the health of humans and animals in the commonwealth.” Two explosions were held at Emu Fields and the remaining seven were conducted at Maralinga. Do you believe what he said was going to be true? Was that a wise and safe decision?

Well, the aftermath of this scenario was absolutely devastating and horrifying as the entire Australian continent got affected and contaminated by those explosions. The Prime Minister was definitely not expecting the kind of damage that was done. And, the sad part was that aboriginal people were exposed to its highest radiations. They were neither excavated nor informed about the risks of staying near the explosion. You will be shocked by the number of people who got severely affected – it was estimated to be more than 16000! 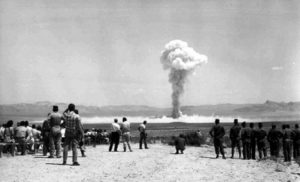 To conclude, the same adverse effects have occurred in the past as well, such as those in Hiroshima and Nagasaki. Just imagine how painful it feels to experience the immediate reaction and the long-term effects, during his entire life. What about the children, do you think they are vulnerable to such health effects? Certainly not, and sadly, children who are aged below 10 years succumbed to death from intense radiation. Of all the diseases that were caused due to nuclear explosions, its victims showed the highest level of susceptibility to cancer. And not only human beings, thousands of animals died instantly and another million were left critically injured.

My Assignment Services is one of the most reliable and affordable academic service providers in Australia. We have a team of experts who write assignments, case studies, essays, dissertations, and more academic documents, for any subject. Every student gets a 100% unique and plagiarism-free work and we make sure that it gets delivered to you right on time. Also, with our Public Health assignment help, you can easily score the top grades and improve your overall academic performance.