The era of colonialism is officially over, but its impact can still be seen in the world today. It's hard to look at the map of the world or take a brief glance at history and not see how colonialism changed it all. And despite its monumental impact on every area of life, both big and small, few people actually know what colonialism is or why it still matters.

This is where postcolonialism comes in: the idea that even though colonialism ended, parts of our world are deeply impacted by what happened during those years. Postcolonialism has created today's "global culture" that is shaped directly by colonialism but still struggles with some of its effects. This blog will give you everything you need to fully understand this idea, including important figures who have contributed. Now let's see postcolonialism and the rise of postcolonial literature. 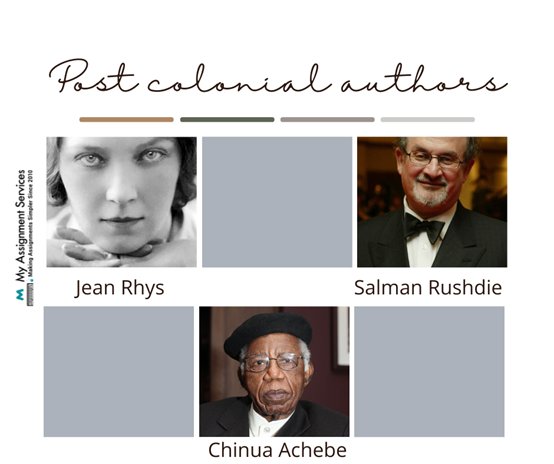 What Is Postcolonialism Literature?

Postcolonialism literature is often confused with postmodernism, but the two are not the same idea at all. Modernism was the European intellectual movement that came out of the Enlightenment, which stressed reason and logic over more spiritual ideas. Postmodernism is a rejection of modern thought - it emphasises individual expression, disbelief in absolute truth, and an overall lack of structure or organising principle for knowledge. Although many people think of these ideas as similar to one another, they are actually very different. Postcolonialism is also very different.

Postcolonialism is the study of how the world has been shaped by colonisation, which was basically any movement of European culture into another society that happened after 1492. This field of study aims to understand colonialism more fully - what it consisted of, how it happened, and its effects on contemporary cultures around the globe. It's important to remember that colonisation isn't something that only white Europeans participated in. Many areas in Asia and the Middle East were colonised by non-white groups as well (such as China or Japan).

But regardless of who did it, most colonies were based on an "exchange" system between two societies with very different power structures. The colonialists would exchange goods with the native people, and in return, they would get resources or land. When this "trade" happened, it usually went from the colonies to Europe. After all, Europeans had strict laws about what could come into their continent (even food), so there was not much incentive for them to trade with other societies. This imbalance of power led to some major effects on the culture of both areas, which postcolonialism studies today.

Literature has always been an important part of understanding society's history and evolution because it's often very direct about certain issues that are hard to talk about or see clearly otherwise. Because literature can bring us right into another time period without physically transporting us there, it can help us understand the true nature of colonialism much better than any other form of media. While reading postcolonial literature, you get to see what life was like in colonial times through the points of view of both colonisers and colonised people. 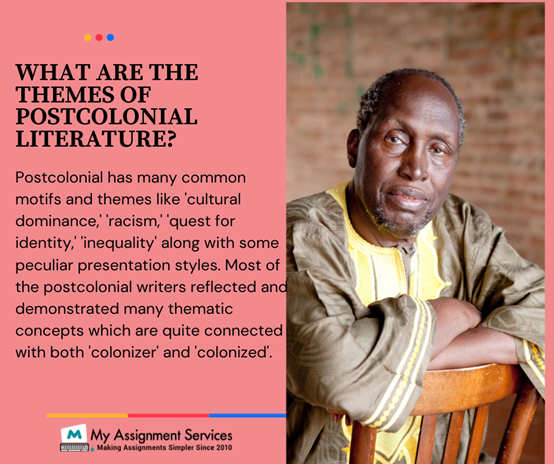 When Did Postcolonialism Begin?

While not every society in history has fit this ideal model exactly, it's generally accepted that 1492 marked when Europeans truly began to think about colonising other parts of the world - starting with Atlantic slave trading. From then on, European countries moved into all areas around the globe for their own gain. Many scholars are still trying to track or estimate how many humans were killed or displaced by colonisation efforts. That number is probably impossible to calculate, but we do know that it's huge and probably above 100 million people. The effects of colonialism also continue to this day, even though most countries no longer have formalised colonial relationships.

Postcolonialism isn't just about history - it's also about criticism. While many critics use the same methods that other scholars use (such as looking at texts or analysing society), they also often take into account how a work says something about a certain culture or moment in time. Because postcolonial literature tries to bring in all sides of a story, there are always lots of different angles from which to look at each piece. And when criticism can give you multiple points of view on one thing, it's often a much stronger and more interesting argument.

How To Read Postcolonial Literature?

Despite what you might think, reading postcolonial literature isn't that different from any other sort of text. There are some major differences in the types of texts you'll deal with when studying this area, but apart from that, it's not much different from your normal book-reading habits. Most people read postcolonial literature because they feel a personal connection to an issue in it, so take advantage of that feeling! The best way to understand how something works is to take hold of all the pieces - history, culture, criticism - and put them together for yourself.

Postcolonialism often deals with imperialism, globalisation, and racism. These three issues are the biggest ways that postcolonial literature brings up ideas of colonisation after it's already happened. The other big theme for this area is home vs. away. This idea comes from colonialism, where Europeans moved into foreign lands but still wanted to think of them as "home." By thinking about how people who live outside their native land deal with being away from it (and how they might come back to it), postcolonial literature can tell us a lot about how these societies have evolved over time..

How Does Postcolonialism Connect To Other Areas Of Study?

Postcolonial literature is closely related to a number of different fields, especially those that deal with history. It's often studied alongside areas such as African-American studies or Latin American studies but can show up as a primary focus in many different departments, including Gender and Women's Studies as well as Ethnic Studies. In fact, postcolonialism is one of the most popular topics for papers and research projects these days because it tries to include so much at once. By being so adaptable, the postcolonial scholarship gives students lots of options when looking at upcoming theories and ideas to write about.

What Are Some Notable Books/Authors From Post colonial Literature?

Most of the academic writing help mentors say that there are too many authors and books to mention here. However, this list includes a few of the most well-known:

Postcolonial literature is one of the most important areas to study these days. It doesn't just ask us to think about people in past times who were affected by imperialism; it also asks us to see how those ideas are playing out today. After all, many parts of the world are still being influenced by our ancestors' decisions hundreds of years ago - and recognising that can help us understand how history works as much as looking back into the past. By connecting to issues like globalisation and race, postcolonial literature also helps us look at the present and make sense of why we do things the way we do.

When you are struggling with your classes and trying to keep up with the workload, it can be helpful to get some academic writing help from academic experts. That's where our experts come in! We can provide you with the resources and assistance you need to understand the material and boost your grades. We allot specific experts to help you with understanding the concepts and ideas for your classes through our guided sessions.

What Is Causing Students To Drop Out of Colleges?

Cursive Writing Made Easy with These Easy Steps!