Ramadan: The Aqeeda In Between The Sunrise and Sunset

In Islam, Ramadan is the ninth month of the Muslim Calendar and the holy month of Sawm. It is also regarded as an auspicious month of kindness and sacrifice. The Sawab for such sacrifice and munificence during this month are enormous. The holy month for Muslims starts and ends with the emergence of the crescent moon. 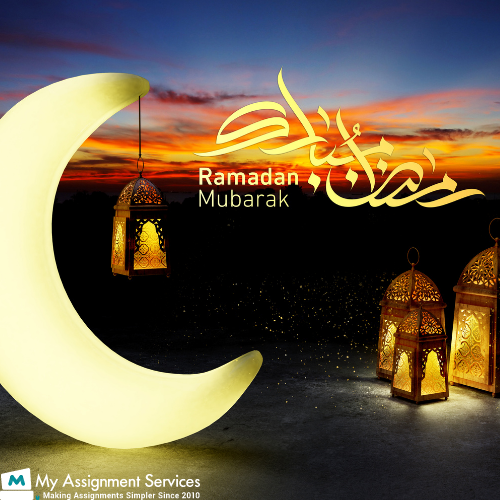 Ramadan is the epoch of introspection, Salat, and also reading the holy book Quran. According to Muslim’s belief, Allah forgives all the past sins of those who follow the month with devotion, fasting and prayers. 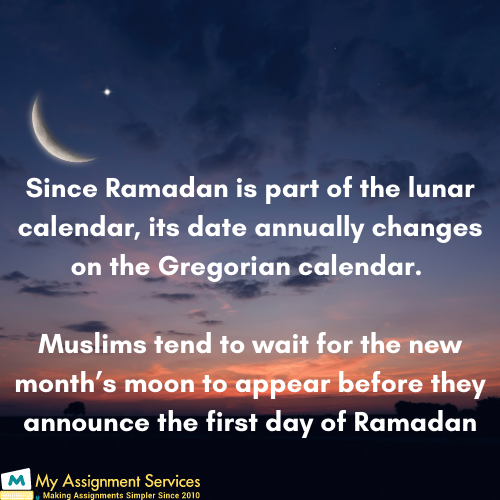 The naming of Ramadan stems from the Arabic word “ar-ramad”, which means scorching heat. Muslims believe that the angel Gabriel revealed the Quran to Prophet Muhammad during Laylat Al-Qadar, the Night of Power. Hence, they follow the month and keep fasting to commemorate the revelation of the Quran, Islam’s sacred text.

Ramadan is a period of practising self-restraint and atonement by keeping Sawm, one of the pillars of Islam. Simply put, Sawm is the obligation to fast, but in a broader sense, it is the obligation to stay away from food, drink, and all form of sinful activities and unclean contemplations. Fasting during Ramadan is one of Islam's five pillars, along with prayer, faith, charity, and a pilgrimage to Mecca.

The Muslims need to take part in Ramadan every year with special consideration to the ill persons, pregnant or menstruating women, young children, elderly persons and even the people who are travelling.

Following Ramadan and keeping Sawm meets various spiritual and social obligations such as it reminds people about the frailty in front of God and also to know how it feels by staying hungry and thirsty at the same time. The feelings compel you to think about the poor and also minimize the privileged circumstances and focus on Allah.

There are certain aspects that are permissible during Sawm, and that will not nullify your fast. You can take a shower, even if you do the same due to thirst or because of overheating. You can also rinse your mouth and nose but with exaggeration. Using the same may make you swallow water, so you need to be careful about the same else, you may lose your fasting practice. 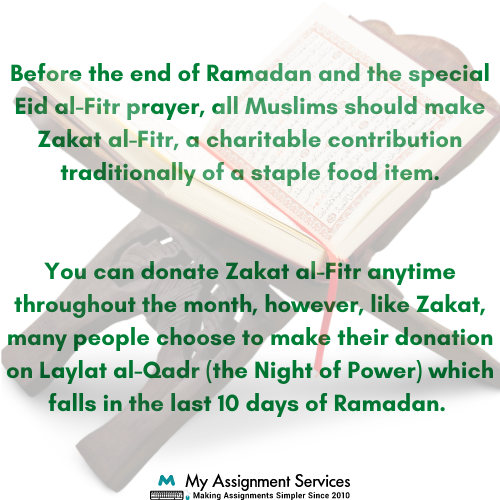 How is Ramadan Commemorated?

During Ramadan, Muslims wake up before dawn to eat their first meal of the day after completing their routines, and that lasts till sunset. They eat and drink as much as possible right up until dawn and go for performing prayer. Some Muslim communities also ring bells during the dawn and remind others about Suhur, the meal before dawn.

Right after the prayer, many people go back to sleep before getting ready for the day. Right after the sunset, Muslims gather in the mosques or even in their homes and break their fasting with iftar and share the same with friends and relatives.

The iftar starts with dates which was the custom of Muhammad, sweetened milk and even apricots. Later they go to the mosque for Tarawih prayers performed by the worshipers. In this prayer, the Muslims recite the entire Quran over the course of the Ramadan month. Quran says eating and drinking are permitted to the Muslims only until the white threads of light becomes noticeable from the dark thread of night at the crack of dawn.

The end of Ramadan is celebrated as Eid-al-Fitr or as the Feast of Fast-Breaking. It is also one of the most crucial religious holidays of the Muslim Calendar, where the other is Eid-al-Adha. The Muslims across the globe pay their respect and gratitude to Allah for imparting them enough strength and endurance to keep fasting for over a month.

Muslims celebrate the day by taking part in prayers and sermon subsequently. They even exchange gifts or money (Eidi) and greetings by saying Eid Mubarak, and the day remains blissful with a widespread food menu embracing finger-licking biryani, nihari, kebabs, Seviyan and even Haleem. On this day, Muslims also practice Zakat, which is all about providing alms to the poor.

The end of Ramadan is known as Eid-Al-Fitr, which lasts two to three days, and its celebration includes the exchange of Eid Mubarak with formal embraces, gifts and special morning prayers. They also prepare many desserts at home for the children as well as for the people in need. During Ramadan and in Eid-Al-Fitr, Muslims follow the hight of forgiveness and also seek the same. However, the practice of such festivals varies from country to country. In some regions across the globe, Muslims celebrate the day elaborately. The children wear new clothes, women wear whites, pray in mosques and also visit the graves of their near and dear ones.

Islam follows the Lunar Calendar or the phases of the moon. So, the Holy month of Ramadan falls ten days earlier every year from the Gregorian Calendar. The Ramadan will start on 12th April 2021 this year with the sighting of the moon over Mecca and will end on 11th May 2021, rightly after 30 days. At the same time, Eid-Al-Fitr will start on Wednesday 12th May 2021 or 13th May 2021. However, this year’s Ramadan may also get hit by the new Coronavirus outbreak like the previous year. Hence it is advisable for everyone out there to follow the basic rules and guidelines to avoid the risks.

Despite the difficulties for a whole month, Muslims look forward to Ramadan as there is something special in this holy month. The Muslims around the world may go through dry mouth, dizzy spells or even hunger cramps; still, they keep Sawm, follow the rules, and show utmost generosity within their capabilities. You must have a Muslim friend around you to experience the faith, cultural practices, iftar, and Suhur. Ramadan features much deeper meanings which you can find with dedication, enthusiasm and a strong will to explore new territory.

A Quick Guide To Solving Statistics Assignments On Confidence Intervals