In the bid to control the spiralling COVID 19 cases in Australia and Canada, the nations announced on Thursday that they will ban all commercial air travel from India and Pakistan for a period of at least 30 days as a result of the severe outbreak of the COVID-19 virus in these two countries.

Transport Minister Omar Alghabra told the reporters that the ban would be effective immediately starting on Thursday. This was the first in a long list of countries suspending air travel to and from Indian and Pakistan in light of the second wave of the Covid 19 virus. On Monday, April 26th, the country recorded more than 3,14,000 new infections in just 24-hours raising concerns over the government’s handling of the pandemic. The government sources were also quoted as telling the reporters that cargo flights from India and Pakistan will continue as usual. 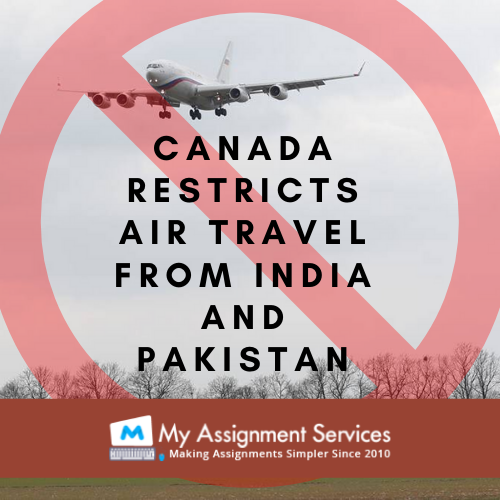 The government had to take this drastic step after the health minister confirmed that half of the total fresh Covid 19 infection cases recorded were coming from travellers entering the country from India. Air traffic from India constitutes for a total of one fifth of the country's air traffic. The health authorities have been reporting that there is a disproportionately high number of infections recorded among people who have travelled on flights from India and Pakistan.

Also, owing to alarms bells raised by the new mutant strain of the virus, it is in the interest of the people at large to pause travel from that region while the scientists and researchers acquire a better understanding of the infection variant. The constant influx of passengers from India and Pakistan is being seen as a snowballing problem in the given circumstances. Both Australia and Canada have more than 20 lakh people who belong of Indian descent. At the same time are 1,00,000 Canadians who have Pakistani ancestry. There are several other countries that are also contributing to the surging cases of infection in Canada.

The government is taking a number of measures to control what many are calling the “third wave” of the COVID 19 infections. The third wave seems to be ravaging certain parts of Canada more than the others. Experts argue that these are areas with a greater concentration of people from Indian and Pakistani origins. Whereas the country is dealing with a fresh surge of infections, it has also stepped up its vaccination efforts to effectively control the situation.

Whereas the country was among the first in the world to start administering vaccines to its citizens, health experts argue that more contagious variants from other parts of the world combined with the failure to take the right measures against the virus have caused the recent wave of covid19 spread in states like Ontario. The leaders of many states such as Ontario and Quebec have also categorically asked the central government to place stringent restrictions for travellers from countries such as India and Pakistan that are dealing with a wide number of infections at present.

Recently the premier of Ontario Doug Ford was quoted saying that he regretted the untimely action of his government in closing down playgrounds and allowing law enforcement to take a stricter course in dealing with people venturing out without any reason. These measures have earned tremendous collective backlash from police forces and other law enforcement authorities. The move was also scorned down by health workers and the public at large,

In his very first public appearance ever since announcing the Covid 19 restrictions, the leader admitted that his government might have moved too swiftly with the measures.

Whereas Ford in his interview to a daily newspaper said that his decision had left a lot of people angry and upset, he was able to salvage the situation just in time. he added that he knew that he had made a mistake and that he was sorry. The tenured statesman who appeared to hold back his tears at a certain point was asked if he would resign to which he stated clearly that he wouldn’t resign despite the widespread protests against his leadership.

In the new list of measures, he has put forth that his government will be providing province-paid sick leave for COVID-19 patients. However, he did not elaborate on the details of the scheme. Many believe that his response to the situation is too late and far too unsatisfactory. The lack of a province-paid sick leave program for COVID-19 caused a number of complaints from workers across the region and this is being touted as one of the biggest reasons for the sudden surge in infection numbers. 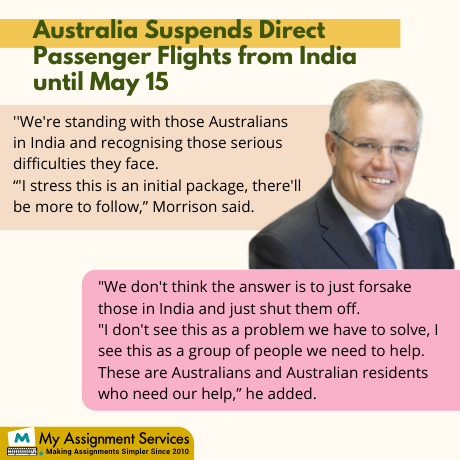 Ford's government promulgated a number of pandemic restrictions earlier this week. The Police departments insisted that it is already within their power to randomly stop pedestrians or motorists. Restaurants, schools, universities and gyms across the region have already been closed thereby ensuring that most nonessential workers are already working from home.

The move barring commercial travel from India and Pakistan is being thought to be an essential step in the direction of controlling the spread of the virus within the country. Mainly due to a large population from the Indian and Pakistani diaspora, the country has recently seen a worrying rise in the Covid 19 cases due to unrestricted travel between the destinations. Owing to the alarming surge in the number of infections, the government had to act quickly and stop all commercial air traffic between Canada, India and Pakistan.