Save The Date! 21st June is the Most Important Day of the Year. Here's Why

If the days of a year were a pack of cards, 21st June will surely find its place amongst the four aces. Such is the importance of this day that each earthling somehow finds a reason to celebrate. 21st of June mostly is the longest day in the calendar due to the Summer Solstice; a day which has been marked with festivities since aeons. It is probably not a coincidence that this year, “Father’s Day”, “World Music Day”, “Hydrography Day” and “International Yoga Day” will be collectively observed on 21st June throughout the world. 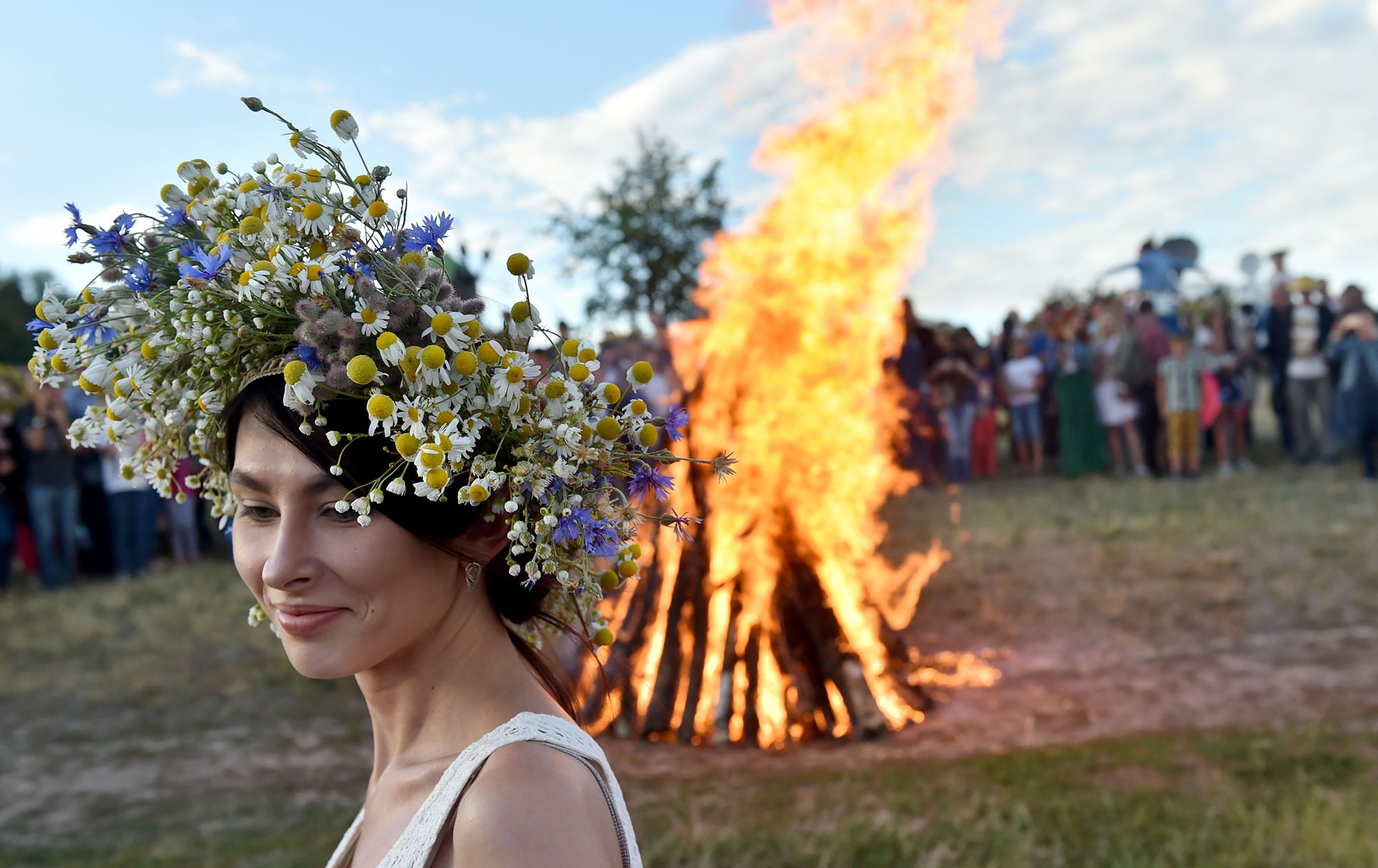 (Paganism which is still prevalent in North European countries such as Scandinavia, Iceland and Slavic regions have a rich heritage of celebrating 21st of June with traditions and huge bonfires. Above image represents the night of Ivan Kupala which is even today celebrated each year on 21st of June. Image | Getty Images) Ancient Pagan Cultures marked this day by representing the symbolic balance between Fire and Water while the glorious Egyptians of yore started their New Year on this day. Right across Roman, Greek, Slavic and early Asian cultures, June 21st has been a marquee day to honour gods and the glory of nature. The cosmic importance of this day is represented by the Northern hemisphere’s axial tilt which is a prime event in the earth and lunar cycles affecting the climate and if you believe astrologers; our fate too.

Why is 21st June an important day?

Father’s Day will be celebrated on 21st June this year.

Enough said! When you choose a day to honour the guiding light of your life, it has to be special. Each father is a single most important person in one’s life who nurtures both your body and mind. A father is undoubtedly every son’s superhero and every daughter’s first love. It is only natural to celebrate the significance of the priceless parental bond on this much-awaited event of the year.

How did the tradition of celebrating Father’s Day started? Let’s find out

Ironically, the person to propose and start a tradition of glorifying fatherhood was a lady called Sonora Smart Dodd. She started it way back in 1910 at YMCA at Spokane, Washington to honour her father; a Civil War Veteran who raised her and her five siblings as a single parent. 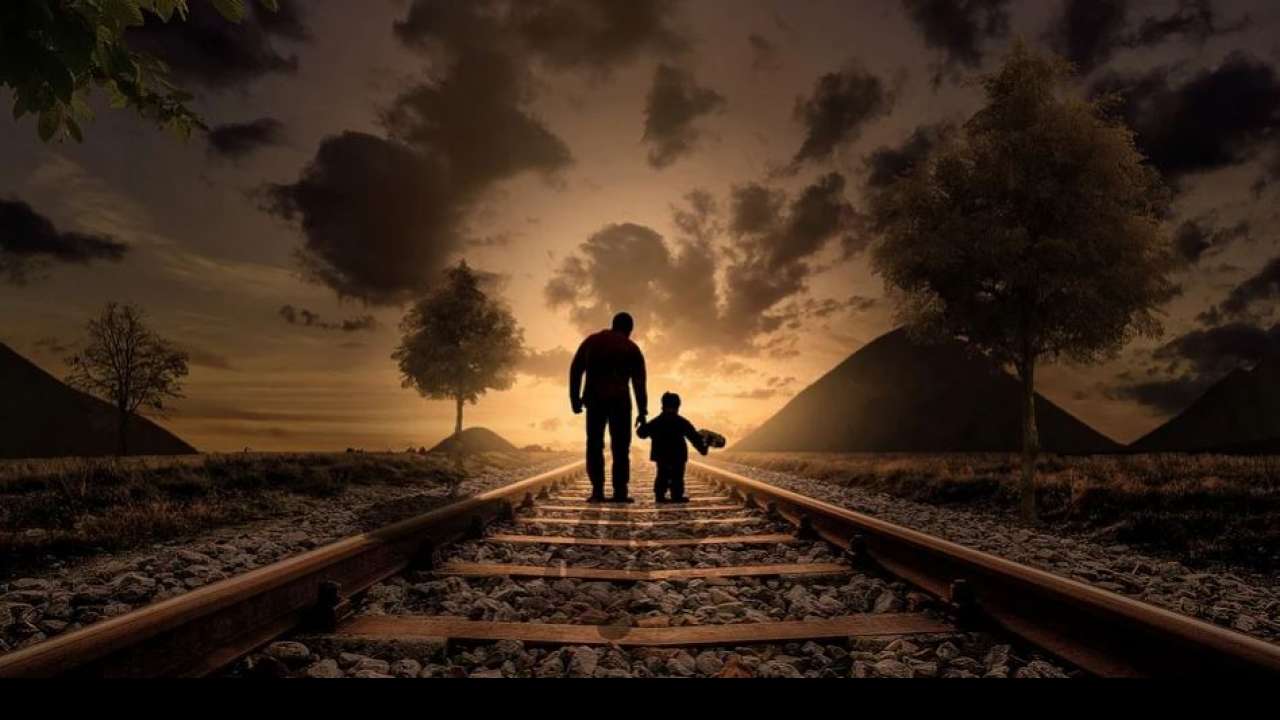 (Did you know that despite YMCA announcing the tradition of celebrating father-hood back in 1910, it wasn’t until 1938 that Father's day was recognized all over America only with the help of strong trade bodies who thought that it was a good way of marketing their men's product range. Image|Getty Images) The idea took some time to catch up and Sonora herself stopped celebrating it in 1920 owing to her studies and other engagements. It was in 1930 that she restarted the tradition and got backing from trade unions who thought that observing such a day will be a good idea for promoting men-centric consumables such as tobacco pipes, pocket watches and other commonly used items by fathers. By 1938 she managed to form a Father’s Day Council and the day achieved national recognition in the USA and gradually across the world. Officially it is celebrated on the third Sunday of June, every year and this year, the date is 21st June. We agree that just one day in a year is not enough to honour the doting fathers around the world, but we recommend that you make the most of it.

21st June is International Yoga Day in honour of the Sun God and the Vedic Knowledge.

Yogis are truly mystical; the associated allure, their potent aura is not derived from fiction but from a way of life that goes back to a few thousand years. Today even Modern Science Lobby admits the health benefits of Yoga and to commemorate this ancient form of physical exercise, International Yoga Day is observed since 2015 on 21st June each year. The importance and benefits of yoga “Asanas” on World Yoga Day are highlighted through outdoor yoga sessions being planned across the world and available for the general public to join. The Times Square Yoga Routine in New York is one of the most popular and telecasted events of the International Yoga Day. 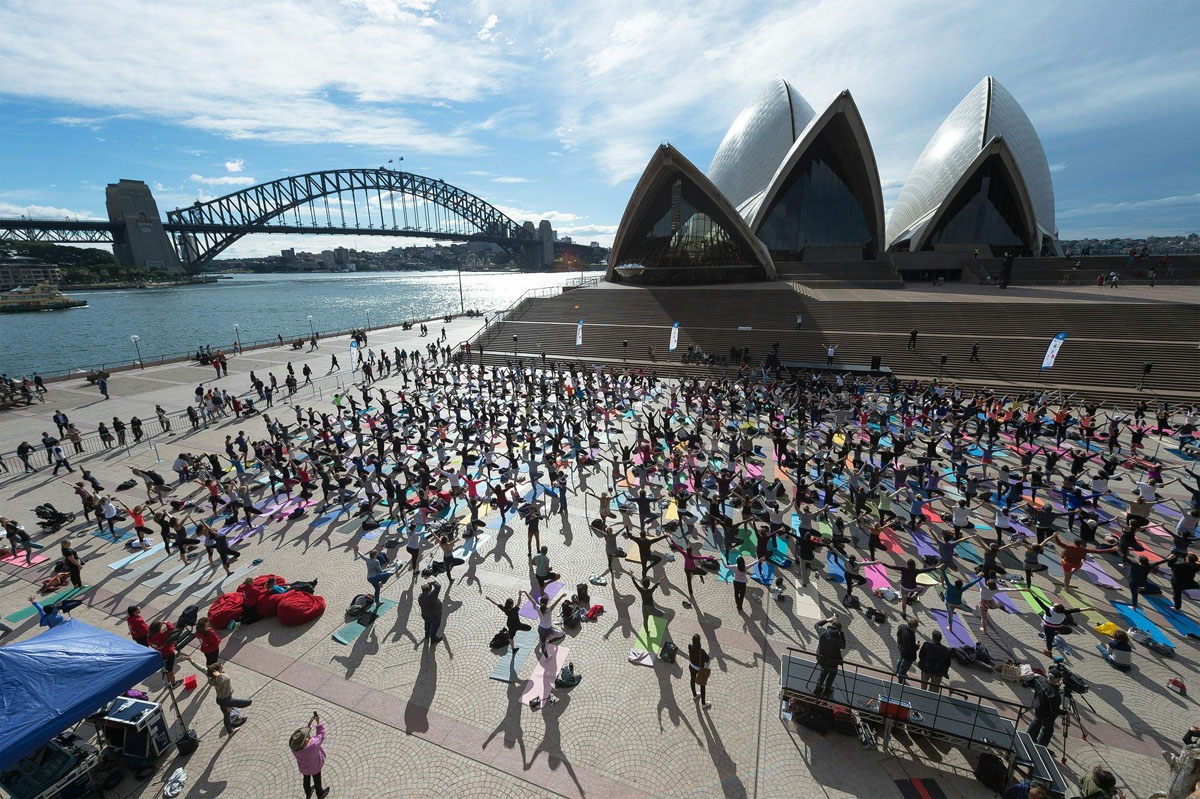 (Australians have increasingly accepted Yoga due to health benefits. Each year International Yoga Day is marked with a famed outdoor session with the exotic backdrop of Sydney Harbour. ( Image | Baltimore Sun)

World Yoga Day is being celebrated internationally since 2006

The idea to mark an International Awareness Day for Yoga was proposed by the current Prime Minister of India, Mr Narender Modi. From the podium of the UN General Assembly in 2014, Mr Modi suggested that WHO should add the World Yoga Day to their list of Awareness Days, so the entire world can harness both physical and medical benefits of the ancient Yoga art form. The COVID Pandemic has a visible impact on yoga sessions this year as social distancing is a norm now but Yoga enthusiasts all over the world are planning digital yoga classes to observe this day with usual excitement and vigour.

It doesn’t get better than this: The playful revelry under the bright sun, the Vedic vibes and good old’ music. World Music day too is observed on 21st June. A French tradition; also known as “Fete de la Musique” (French) is decades old and today it is also popularly known as Make Music Day and English music Day. 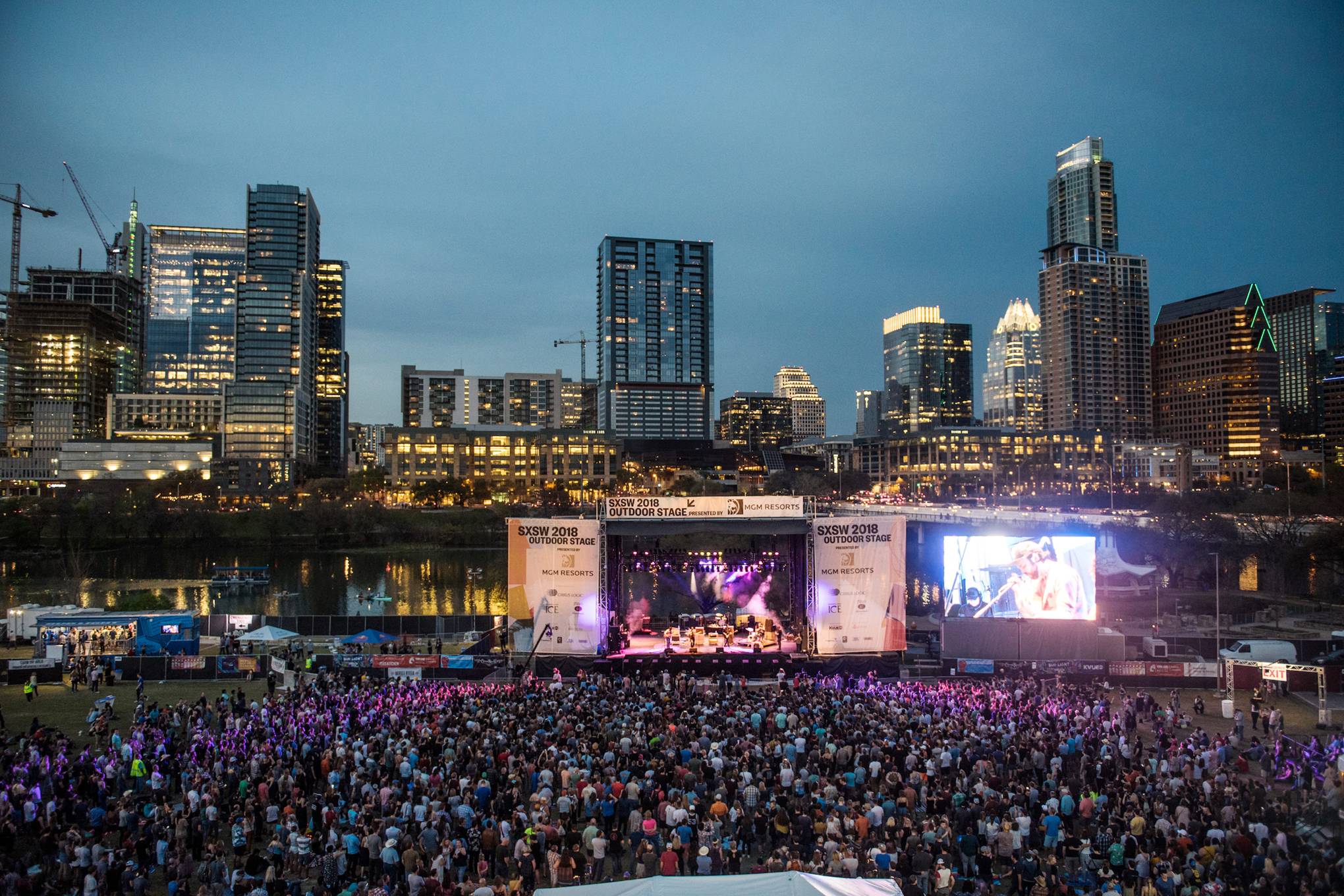 Today, World Music Day also is known as Make Music Day is not only confined to France from where it originated. Almost every major city in the world will observe this day with free to attend music events and playful revelry. Image | HT If you’ve been to Paris, you must have seen the zest for playing music in public places amongst the locals. Around every famous monument from Louvre to Triumph de Arc and even at subway stations, it is common to see musicians performing to the delight of their onlookers. This is how deeply the music is woven into the culture and most European countries are the same in this manner. World Music Day has been observed since 1981 when it was founded by two novel souls; Maurice Fleuret and Jack Lang. Fleuret who was the then Director of Music and Dance at the French Ministry of culture was highly impressed with Lang’s research titled,” Music Everywhere and Concert Nowhere”. The study highlighted that over half of the young French population at that time played at least 1 musical instrument and the culture to play music in public places, through free concerts must be encouraged by the state. Thus the melody took over the streets of Paris adding further to the city’s reputation as the most romantic city on earth. Want to indulge in the festivities of Music Day. Visit the Feta de la Musique official website to see how and where you can join the festivities. It is an international festival of modern times and major cities in Asia, South America, USA, and Europe will witness digital music events.

As the name suggests, it is mapping the vast water expanse on our planet to enable sage navigation across oceans and deep seas. Similar to tourists carrying maps while travelling, through the science of Hydrography, we can map the water bodies for ease of navigation. The International Hydrography Bureau (IHB), since 1921 has been up to the job of providing safe travels through oceans and in 1960, the organization was renamed as International Hydrography Organisation (IHO). It was not until 2005 when a unanimous resolution was cleared in the United Nations General Assembly to observe World Hydrography day every year on 21st June and since 2006, the day has been used to accentuate the scientific advances and to increase global collaboration to empower safe voyages and conservation of the marine ecosystem. 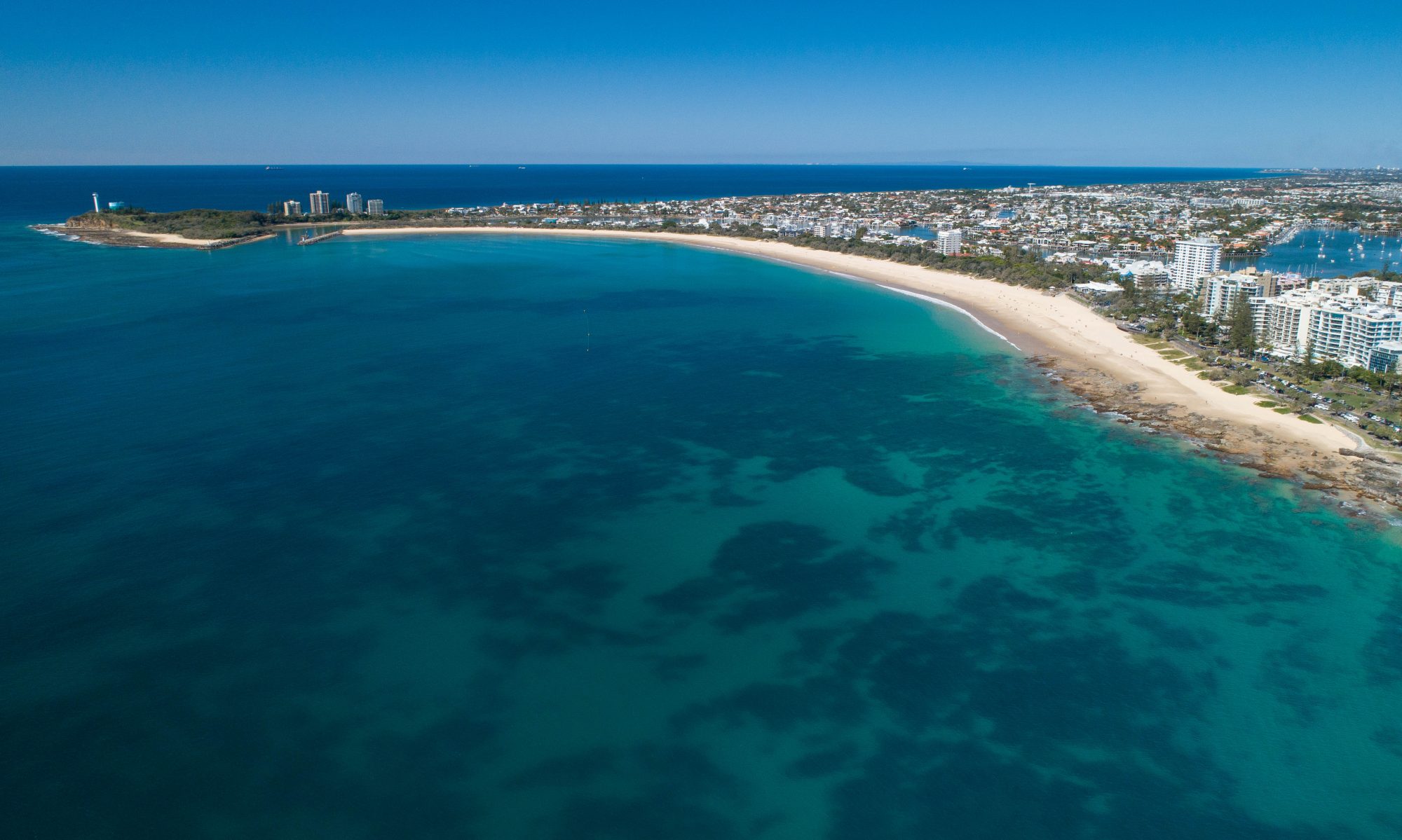 (World Hydrography Day is celebrated since 2006 and this year has a unique theme; Hydrography – Enabling Autonomous Technologies. Image | SDBAY.ORG)

This year’s theme is “Hydrography – Enabling Autonomous Technologies”. In a progressive attempt to deploy robotics and artificial intelligence in Hydrography, IHO has taken a massive technological leap to gouge out the ocean routes with precision and to address the extended concerns revolving around the health of marine life. Hydrography is the reason that we don’t get lost in seas and is an assurance that with effective science we will be successful in preserving our precious oceans. Click here to visit the official website of International Hydrography Organization and stay up to date with the latest developments and events. Don’t miss out the extended excitement of celebrating 21st of June this year. There are enough reasons to rejoice and fight back to the gloom of the pandemic, the historically important date of 21st June. So long and have a good time.

Here’s How to Write Your Academic Communication Assignment Answer