The Seven Major Alphabetic Systems from Around the World

Alphabets or alphabetic systems are writing systems in which signs representing individual spoken sounds (as opposed to ideograms) are combined to transcribe complete ideas. The word alphabet is derived from alpha and beta, the first two symbols of the Greek alphabet.

Writing systems differ from other types of symbolic communication systems in that they are always linked to at least one spoken language. Visual representations, such as drawings and paintings, as well as non-verbal features on maps, such as contour lines, are not tied to language. Some information sign symbols, such as the male and female symbols, may be independent of any particular language. Other symbols, such as numerals and the ampersand, are not directly tied to any language, but they are frequently employed in writing and must therefore be regarded as part of writing systems. 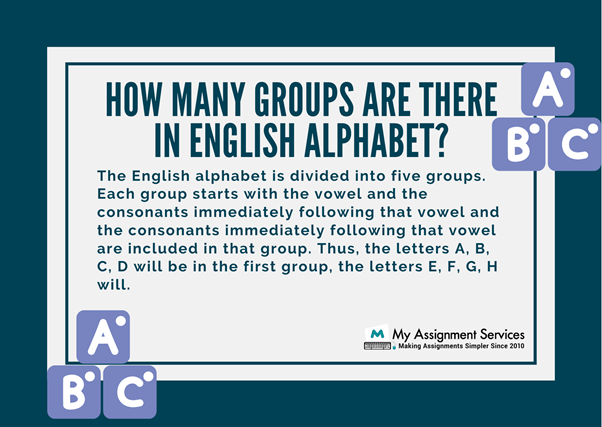 This system contains symbols that represent sounds or concepts rather than letters or words (as used in modern languages). It was logographic in nature and also contained an extensive pictorial element. The earliest known inscriptions date to around 3300 BC.

The Phoenician script was a direct adaptation of the Egyptian hieratic script for use in writing on papyrus with the reed stylus. It remained largely static - its shapes would have remained recognisable to an observer 4000 years ago, but most of them would look rather different today because many letterforms have changed their shape due to scribal innovation or erosion. A few letters retained their ancient forms, such as 'א ', 'ה ', 'שׁ '(shin) and occasionally even some half-consonants like 'ד '. Despite this, the Aramaic alphabet had fewer ambiguities than were inherent in human writing systems generally and thus was highly valued as a precise instrument for compiling detailed legal texts. The Aramaic alphabet also became associated in Jewish tradition with the Tetragrammaton, or four-letter name of God in Judaism, whose Hebrew pronunciation is unknown.

This script probably derived from the "proto-Sinaitic" script described above but was much reduced to save space on papyrus when used for writing with reed stylus on wet clay by Semitic scribes in Byblos (modern Lebanon). A later form known as "Paleo-Hebrew" retained many pictographic elements, which can be seen in surviving inscriptions, showing the gradual development of this style into an alphabet over at least a millennium after its origin.

The earliest inscriptions from the Greek world are written in what is recognisably an alphabet dating to the late 8th century BC, notably the so-called "graffiti" at Pylos recording names for pottery items. A new form, still clearly recognisable as Greek, became dominant c. 450 BCE and was used until Roman times (ca 300CE). It has 24 letters representing consonants - including semivowels like ' ι ', ' υ ' ('y') and aspirated stops like ' θ ' ('th'), but only 5 vowels represented by the signs for ' α ', ' η ', ' ι ', ' υ ' and ' ω '. C.400 BCE, the Etruscans adopted a modified Greek alphabet for writing their own language, perhaps also influenced by the Greek of Southern Italy, but kept many local letter names.

This system of writing is again essentially Semitic in style, having been adapted from Phoenician to write various dialects of Aramaic in Mesopotamia and Syria. Aramaic gradually took over from locally-written Phoenicians around 800 BCE as the main written form within Assyria and Babylonia, including use to record royal inscriptions on buildings such as king Sennacherib's 704 BC inscriptions at Nineveh or Esarhaddon's 671 BC inscriptions at Nimrud. In time Aramaic became the literary language throughout most of Mesopotamia.

The Phoenician system probably had a letter representing the "voiceless pharyngeal fricative" ('ח' or perhaps more accurately a cluster of multiple such), but this did not survive in the Aramaic and Hebrew alphabets which both substituted simple "H". It is uncertain when exactly this substitution took place, but it has been suggested that by Roman times this sound was being obscured further by other phonetic changes in some dialects of Hebrew. In modern Israeli orthography, there is no sign for this sound, but some Orthodox Jews still write the "taf"-"tsadi"-"resh" group as טו - צא - רׁ instead of the usual "תו - צא - רא". Instead of 'בּ ', modern Hebrew writers usually substitute silent "ב" or write 'ב׳ ", which is pronounced like a gargled semi-vowel.

This script derives from Aramaic around 200BCE, but by becoming first the language of scripture for all Muslims, and then spreading with Islam to become first the dominant cultural language in southwest Asia, it has contributed greatly to global cultural diversity. Most letters have shapes that are more similar to their original Aramaic ones than to those inherited from Phoenicians.

Though many languages of the world have adopted new alphabets and modified their own over time, they all owe their current forms to one or more of three ancient prototypes. They are not independent inventions in isolation from each other but are related modifications. At different times in history, these scripts have partially overlapped each other in various places. Phoenician letters were borrowed along with many languages to write inscriptions at Byblos in Lebanon, for instance, in around 700 BCE.

The Semitic family is clearly a very important branch of our global cultural heritage - though its relevance may not always be apparent when reading about science and mathematics in modern books, as most authors will write using our standard alphabet. It could be considered especially interesting how much of the Phoenician/Aramaic side has survived, as this is very different from its original ancestor Proto-Sinaitic. The Arabic branch doesn't seem as obviously related to the others as it has fewer letters in common and uses seven modified Aramaic letters not found in Phoenician.

What is Reverse Outlining and Why Should You Care?