It’s that time of year when you ought to take out all your greens and get dressed up to celebrate St. Patrick’s day! The day is observed every year on 17th March. During this time, it is quite common to see a lot of parades and good luck charms around you. Eventually, St. Patrick’s day began as a religious holiday, but with time, it is seen as an important event to pay tribute to the glorifying culture of Ireland.

The first celebration of St. Patrick’s day dates back to march 17, 1631. It is the death anniversary of St. Patrick in the fifth century. The bishop and patron saint of Ireland is known for bringing Christianity to Ireland. Also, St. Patrick is credited and held responsible for the Christianization of the Picts and the Anglo-Saxons.

He is also known for two of his reputed works, which are a spiritual biography known as the ‘Confessio’ and a doctrine on the brutalities of the British on the Irish Christians known as the ‘Letter to Coroticus’. 17th March, every year has become an occasion to celebrate for the Irish people with a wide variety of food items, music, drinking, dancing, and green. In this blog, we will deal with St. Patrick’s Day to let you know the salient features of this event in Ireland. Let us begin.

You would be surprised to know that St. Patrick has been himself an atheist throughout the time when he was a child. However, this mindset changed because of one incident that took place in his life. When he was able to escape from the hands of his kidnappers, he understood that God is there to protect him and deliver him safely to his home.

Since then, he believed in God and this is when he got interested in bringing Christianity to Ireland.

Who was St. Patrick? Hear It From Our Experts! 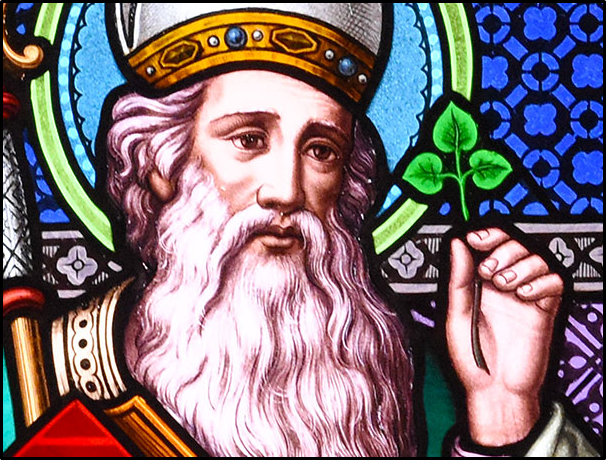 He is the national apostle of Ireland. Interestingly, he was not born here; St. Patrick lived during the fifth century and was born in Roman Britain. When he was just 16 years old, he had been kidnapped and brought to Ireland as a slave. Although he was able to escape, later on, he came back to Ireland again and brought Christianity to Ireland.

After he died, several mythologies centering his life came to the surface and ingrained in the culture of the Irish people. One of the most intriguing ones includes the explanation of the Holy Trinity (Father, Son, and holy spirit) with the help of Shamrock which is a kind of Irish clover.

When Did It All Begin?

All over the world, the event attracts enormous attention. Therefore, it becomes imperative to know the actual time when St. Patrick was first observed. It was during the ninth or the tenth century that the Irish people celebrated this Roman Catholic feast day on 17th March.

Interestingly, the first parade of this event has not been recorded in Ireland but in America. It has been observed that there was a parade held in St. Augustine, Florida on 17th March 1601. After a century, those home-sick soldiers who were serving the English military evaded to New York on March 17, 1722, in respect of the great patron saint of Ireland, St. Patrick. From here on, St. Patrick Day is celebrated every year on this date.

Do You Know How St. Patrick’s Day Grew All Across The World?

With the march of the soldiers to New York, the event got recognition in different parts of the world, other than Ireland as well. Within the next 35 years, Irish patriotism grew even in the minds of American Immigrants. As a result, several “Irish Aid” societies grew up. Some of these were:

With the spread of such societies all across the globe, St. Patrick’s took its course and became an important historic event in Irish history. 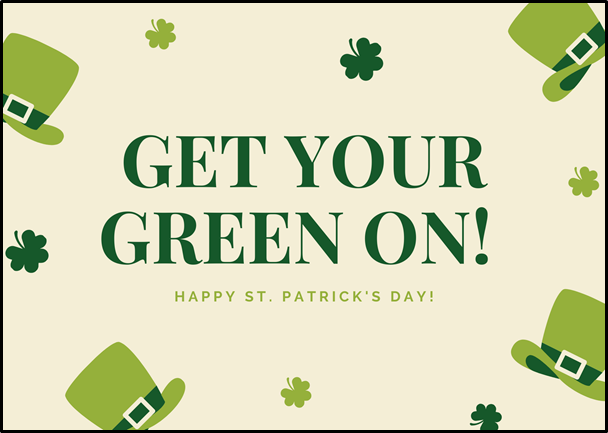 How Do People Celebrate St Patrick’s Day All Around The World?

From Ireland, it took no time for this event to reach almost every household in Canada, Australia, United States as well. Although North America celebrates it largely, it would be no exaggeration to say that this day is celebrated all over the world. Even the people in distant regions from Ireland like Russia, Japan, and Singapore celebrate this day.

Here are some of the salient features of St. Patrick’s Day:

What Is The Relationship Between A Shamrock And St. Patrick’s Day?

This is the reason, you will be able to see Shamrock everywhere around the time of St. Patrick’s day.

Interesting, isn’t it? There are several other facets to this event, knowing which you will be taken aback! To know more about this important day, you can simply talk to our assignment help experts via live one-on-one sessions. For the last ten years, we have never let any of the queries of students go unanswered from our end.

Book Reference Assignment Solutions From Us And Celebrate St. Patrick’s Day With Even More Happiness!

Who doesn’t want to celebrate the festivals and important events in their full fervor? Are assignments acting as hurdles in your path? Fret not, as our assignment writers are fully geared towards making St. Patrick’s Day, even more, merrier for you!

With our instant academic guidance, each of the assignments that you have will get solved within no time. Just like shamrock symbolizes luck, our reference assignment solutions are no less than that for students in all over the world. Not only they give you a glimpse of the underlying concepts involved in the assignments, but they also help you know the most important questions in different subject areas, great isn’t it?

Additionally, you also get a wide range of perks from us.

Having curated unique reference assignment solutions for students worldwide, our professional assignment help experts have become used to the nuances of writing every assignment with ease.

My Assignment Services is a one-stop destination for students all over the world for the answers to all their assignment-related queries. When you place an assignment order with us, these are the benefits that you get from us.

There’s a lot more to grab from us. For now, simply get in touch with us to provide us with all the assessment requirements. While we work upon your assignments, in the meantime, you can enjoy the green day, geared up in the best greens possible!