With characters like Wolverine, Captain America, Thor, and Iron Man, Stan Lee gave the people a virtual world that the people would give anything to live in.

Did you know that he challenged the Comics Code Authority, a body which allowed the publishers of comic books to self-regulate the content of the comics in the US, back in the 1970s and made them update their policies and guidelines?

Moreover, Marvel Comics was the first major publisher to abandon the CCA in 2001.

Remembering this great person, My Assignment Services brings to you a quick read on how Stan Lee impacted the lives of everyone. Also, as a small tribute to the man, we will share some tips that you can use from Marvel in your assignments.

Do you know what did Stan Lee did first when he entered the world of comic book writing? No, he did not create a superhero on the first day of his job. Stan Lee used to make sure that the inkwell for the artists was full, he brought them lunch, proofread their comics and erased pencil marks from the pages. Yes, he did all that.

You know what they say about heroes. Heroes are not born, they are built. Stan Lee was not born for comics, he built himself for the comics.

He gave the world some amazing tricks and ways to tell a story that many people have tried to duplicate. For more than 75 years, Marvel Comics and Marvel Studios have set the bars of the storytelling quite high. Who doesn’t love the good ol’ debate of Batman vs Iron Man, eh? 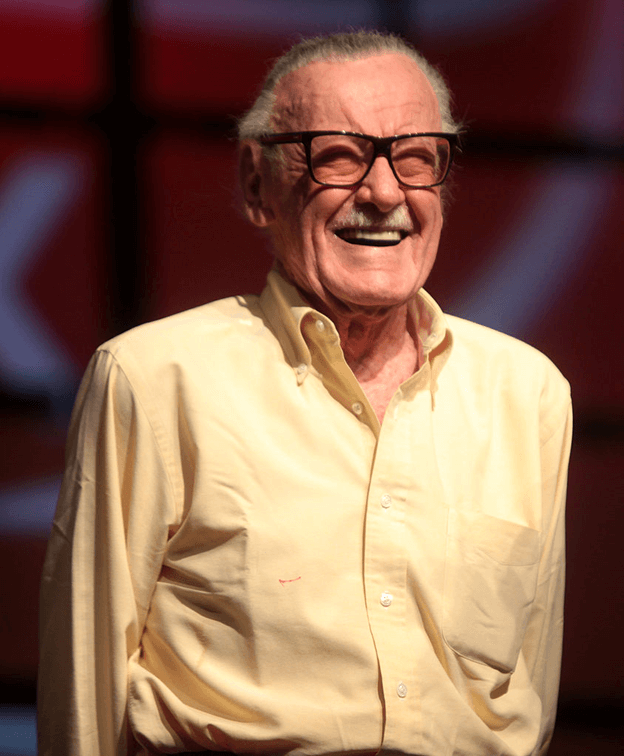 Are you ready to unravel the lessons the Stan Lee told us all in the movies that will make your assignments really look cool like? Are you ready to see that the assignment written by you are as sharp as the aim of Hawkeye?

Lesson 1 – Nothing Is Perfect

That’s a bit too harsh, isn’t it? Though the superheroes created by this man had flaws which resonated with the flaws of the humans, you can’t expect your assignments to flawed. Hence, you should always look for the guidance of an assignment help through guided sessions provider whenever you are stuck in an assignment.

When you are writing the reports, essays and the research paper, always make sure that it is as strong as the determination of Ultron to destroy the world.

Lesson 2 – Get Inside People’s Head

Have you wondered why people discuss Marvel’s movies months before its release and months after its release? It is because the movies get inside your head. You start living that and feel it as real as it can get. You need to do exactly this when you are writing assignments, especially the reflection and journals.

Lesson 3 – Its Okay To Be Different’

There are characters in Marvel universe who, if existed for real, would be an outcast. Hulk looks really fun and cool on screen but will the arch enemy of the human race if he were to become a reality. Then you will realise that General Ross was right.

So, always make sure that you are not doing what everyone is doing. Of course, you shouldn’t deviate from the standards. But, you should make remember that the answer you are writing has been presented over and over again. Be different, use some new information or approach the topic from a new perspective.

You should, however, always consult with your professor before going all creative on the assignment. We don’t want you coming back to us saying “You said to be different and creative in your assignment!”

See, how different of a superhero Deadpool is.

This is exactly the same as what you do in your critical analysis assignments. You see the positives and the negatives of the given task and then present them both, in a balanced manner.

Would Iron Man be as good as it was without Pepper, Captain America without Bucky Barnes and Deadpool without Dopinder? Definitely not. Stan Lee and Marvel told us that the secondary characters are equally important in a story as the lead characters.

In your assignments, you should never undermine the importance of the secondary arguments. These arguments are the ones that form the base of the entire idea and the theory that you are discussing. The primary idea is only as good as the trailer of a movie. The actual thing that matters is the supporting facts and arguments, the Pepper to your Tony Stark.

Lesson 6 – Choose A Time Period And Stay True To It

Captain America: The First Avenger was set during the time period of World War II. The directors obviously learned everything they could about that time and then built their story around the same. This is essential because you cannot write a comic set in the real world where Hitler won. No.

This shows the importance of research. Your assignments are also as good as they are only till the time you conduct a thorough research of the same and stay honest to the theme.

Well, folks, these were some quick and essential tips that Marvel movies have taught us. Though Stan Lee has left this world, the characters born out of his ink will forever stay as a part of our lives. For any assignment help through guided sessions query, our assignment writing experts are always within the reach of a click here or at help@myassignmentservices.com. Excelsior!