This news jolted their fans and transformed the heroes into a villain overnight. The same hearts that prayed, cried and celebrated for the cricketers, are now in deep anguish. The image of Cricket Australia has been marred by this scandal, beyond repair. This isn't the first time someone has tampered with the ball, even legends like Sachin Tendulkar have come under scrutiny., but the punishments meted out to them were mild as compared to the present one.

Is the Ban Too Much or Too Less?

Smith and Warner were handed out one-year ban from all international and domestic cricket, while Cameron Bancroft got a 9-month injunction. Moreover, they'll each have to do 100 hours of voluntary service in community cricket. 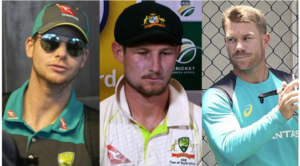 Australia has been a shining name in the game of cricket since the days of Don Bradman. It has played the sport in its competitive with full commitment. Australian cricket has always tried to push the limits, be it with Trevor Chappell’s underarm ball or Hayden’s Mongoose bat. But, they always respected the rules and the code of sportsmanship.

Let’s us have a look at the golden tradition of Australian Cricket that has been tainted by this scandal. 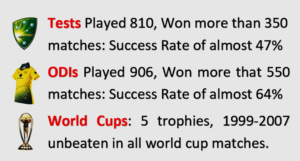 What Are the Repercussions?

Such a long ban can impact the careers of these cricketers, which has already started with their removal from Indian Premier League (IPL) – Warner from Sunrisers Hyderabad and Smith from Rajasthan Royals.

Not being able to play any competitive cricket for nearly a year, all three will be short of match practices and eventually have to make comeback into the team by playing first-class cricket, which also seems unlikely.

Lastly, the fall from grace can never be regained. A hero has lost and there is minimal chance of its coming back to life again. 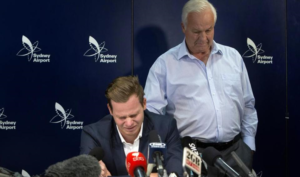 Assignment of the Week – Financial Accounting

Assignments Are a Threat to Creativity: Education Minister