Impact of Tourism in Pacific Asia

The way Tourism impacts a country is phenomenal. While it contributes to a nation’s overall growth in many areas such as, employment, economics, and environmental, it may also bring in negativities that could create problems for the entire country. In this context, the blog will focus on Tourism in Pacific Asia, specifically Australia, and enlightening you over the positive and negative impacts brought about by Tourism. We will also discuss how the positive sociocultural, environmental, and economic benefits far outweigh any negative impacts.

Impact of Tourism in Australia

Australia is considered to have a huge travel industry. With its diverse and unique culture, it has been able to attract an increasing number of tourists from around the world. Job creation is certainly one of the biggest benefits brought in by Tourism. According to a survey, this industry generates two out of 10 jobs in the nation. A well planned and sustainable tourism has placed Australia in the spotlight for the past decade, which is why it ranks at no. 10 in the International Tourism Ranking 2018. Economic benefits include generation of wealth, development of local and backward economies, proper allocation of renewable and non-renewable resources, and improvement of the infrastructure. Environmental benefits consist of promotion and maintenance of healthy and clean environment, which ultimately leads to a much favourable and friendly surroundings. Also, it has encouraged tourists towards the conservation of the environment. On the other hand, all of this comes at a cost. Hundreds of trees and plantations were destroyed to make room for new buildings and connectivity such as roadways and metro trains. A growth in the number of tourists has also led to a huge increase in generation of waste. This has further created waste management problems in the entire country. Thus, it is clear how disturbed the natural environment has become over the past years. Now coming to the positive impacts on socio-culture, Australia has seen a boost in its international profile, which has also helped in building the goodwill of the nation. This improved the cross-cultural relations between Australia and other countries. Negative impacts, however, were only limited to a small extent such as infringements in customs and disturbances in language and culture. But, these situations became worse when there was an increase in crimes such as drugs, theft and sexual offenses. While there are negative impacts, there also has been certain measures taken to reduce their impact on the nation. Education, proper training of staff, and building cultural-interests in the tourists are a few of them.

Get More Information for your Tourism Assignments 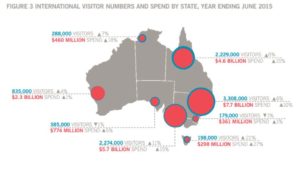 There have been many assignments and reports related to Tourism in Pacific Asia. And, a vast majority of students have faced issues in writing them on time. My Assignment Services provides full-fledged documents on these topics for students who are unable to complete their work due to lack of knowledge and research materials. Our team of experts will write a detailed and flawless assignment for you, which will be delivered right on time. We also ensure that your work is 100% plagiarism-free and which lets your score high-grades in your academics.