What are the Geographical Issues in Australia?

Geographical issues encompass many of the major problems of Australia, which the government faces regularly. Some geographical issues in Australia have been around for centuries, and no matter what action is taken to solve them, they continue to persist. For example, Australia's size is massive, causing massive transportation issues that lead to other geographical issues such as isolation. Another important geographical problem was that of water supply. This started back in 1788 when colonization began, but it still remains an issue today due to droughts caused by climate change. The last main issue with geographic factors is its huge coastline which leads to fishing disputes with neighbours. All these problems cause national security problems making it very important for all Australians, especially politicians, to know what they are and how to solve them.

Isolation is a big problem in Australia because it is so far away from the rest of the world. The country occupies a huge area of nearly 7,741,220 square kilometres and has over 22 million people, and about 10% of those live outside major cities. This means that 90% of the population lives in the main cities, but this is not very surprising as most Australians do not want to leave their homes due to isolation. In fact, many Australians have lived on the same block for generations which makes for difficult transportation between cities. There are also problems with growing food due to climate change making food more expensive, leading to higher prices which leave families unable or unwilling to travel long distances to get necessities. This has all led to the increase of city slums which are becoming common among lower-class families meaning certain geographical problems have become social issues. 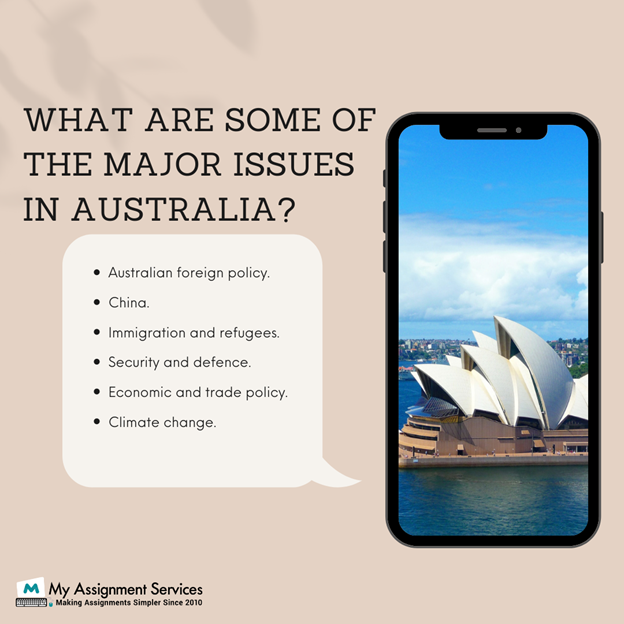 What are the Environmental Hazards in Australia?

Another geographical problem in Australia is that the environment is constantly being affected by its geographical factors, which leads to many environmental hazards due to climate change and pollution. One major problem with Australia's landscape is that it can't support large cities because most places don't get enough rain for farming or industry. Many people think this is the reason why Australia's cities grew so fast after colonization. Still, these areas quickly became unfit for habitation when settlers found out they were living on marginal agricultural land.

There was no way of shipping goods into their tiny coastal towns. Due to this discovery, many people were forced to leave their homes and move into the nearest city, often overcrowded, lacking living space and proper facilities. In recent years Australia has been faced with droughts due to climate change making it very difficult for farmers to grow food on their land, which led the government to invest in more irrigation systems but even they have been affected by climate change and caused not only environmental problems but social issues as well.

Pertaining Issues With the Coastline

Australia’s coastlines cause major fishing disputes with foreign neighbours because there is so much fish that Australians cannot harvest fast enough or selling them all leads to lower prices before they can be exported everywhere else, so they are left in their own country, and no one else can get them. Many foreign neighbours see this as unfair.

They often complain to Australian leaders who have tried to solve the problem by taking traditional fishing rights away from the locals and putting quotas on what type of fish can be caught, but it has had little success. These problems cause environmental issues and lead to economic ones because Australia has such a vast coastline that it is almost impossible for them to control, which leads to security problems when other countries try invading with different techniques leading to many social issues that need addressing quickly. 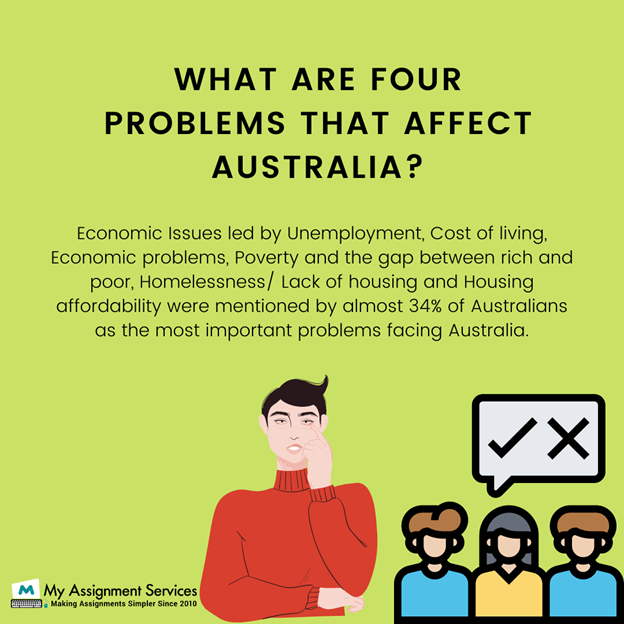 What About the Wildfires that Occur Due to Climate Change?

The biggest problem with climate change is that it leads to wildfires because the land is dry enough that the entire thing can burn down, which often happens in Australia. Not only are wildfires harmful to native flora and fauna, but they also ruin local ecosystems by killing off many species while leaving the soil barren after it burns everything to a crisp.

This makes farming almost impossible while also destroying natural habitats for other wildlife, forcing them out of their homes, or killing them outright, which has led to large debates between environmentalists and farmers on what needs to be done about this issue before climate change effects hit full force. Climate Change is even worse near coastlines because the sea level rises quickly when it's hot, making floods more likely while also heating it, causing the water to evaporate faster, which causes more rain and less snow near coastlines because it gets hot enough that snow does not fall.

This causes many issues for farmers and cities living nearby because they have no place to grow crops or catch fish anymore while also saying goodbye to their hometowns forever.

How Can We Save Australia?

The best course of action for these geographical problems Australia to fix the local economy by cutting back on environmental restoration efforts, like spending money on repairing beaches and other natural areas and putting those funds into improving infrastructure and creating new buildings in big cities so people can move there since they will be needed now that work is scarce everywhere else due to climate change.

Australia will need these social investments now more than ever because climate change is killing more people than anything else while also making it harder to live off the land, causing more food shortages that will lead to riots everywhere if not fixed. If Australia wishes to be saved, they need to cut back on restoration efforts right now and use those funds for social programs, which will help them in the long run instead of what helped them before, which was environmental efforts.

The idea of Australia being saved by environmental efforts is not just a myth. It’s an outdated notion that needs to be put on the back burner while tackling climate change head-on with social investments. If they do, then food shortages will decrease, and riots won’t happen in one of the most sought-after places on earth. But it all starts with investing in their people instead of restoring what was already there before because more people are dying from climate change than anything else right now, which means it’s time for them to make some changes if they want to survive this global crisis without too many casualties or losses.

Through our Science assignment help and guided sessions, you can achieve the best learning outcomes. At My Assignment Services, you can get 1:1 sessions for all the complexities you are facing with geography assignments. We collaborate with the leading geography experts who have a decade of experience in guiding students through live sessions. Hurry up; book your session now by filling the form.

How To Do Bank Reconciliation In Myob