What are Poetic Devices To Be Used in a Poem?

Do you want to add some spice to your writing? Poetic devices are the best seasoning you can use (and, if you're really into them, saffron and caraway) of writing; when used properly, they bring flavour and texture to your writing.

What Exactly Is A Poetic Device, Though? Is It True That They Only Work In Poetry?

We'll go over what they are when you can utilise them and better understand how they work in any literary style in this blog! A literary device, at its most basic level, is the intentional use of sounds,phrases, and words, and also used to communicate meaning. That seems so wide that it may apply to any kind of written communication, yet poetic devices are typically utilised to enhance the literal understanding of words by taking form, sound, and purpose into account. 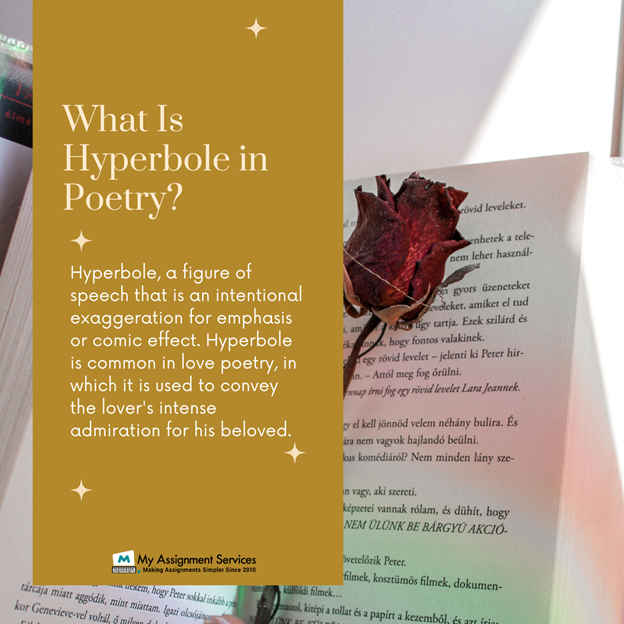 What Are Some Examples of Poetic Devices To Remember?

There are so many poetic methods that listing them all would be practically impossible. But, to help you get started, we've put up a list of some of the most popular poetry terminology, as well as a few of the more unusual ones!

The repeating of a sound or letter at the start of a sequence of words is known as alliteration. For example, “a humble-house,” “potential power play.”

A narrative, lyric, or other written work which can be understood to have a hidden or secondary meaning is known as an allegory—for example, Animal Farm by George Orwell.

It is referred to as an indirect reference to something, and the reader would understand the same. For example, the guy is scrappy and hungry.

Assonance occurs when diphthong or vowel sounds are repeated in one or more words that are close together. For example, “the light of the fire.…”

This is a poetic device in which we use an exclamation to address a person or thing who is not present. For example, “Twinkle, twinkle.. what you are.”

It is in close proximity the repetition of certain sounds of consonants. For example, “traffic figures on July fourth..”

Blank verse is a type of poetry that is written with no rhyme, particularly if it is written in iambic pentameter—for example, The Play Arden of Faversham.

This is referred to as the extended metaphor. For example, “A broken heart is like a damaged clock.”

The Choice of words in poetry and prose is referred to as diction. Poets frequently use specific words over synonyms for their sound, imagery, or extra meanings. For example, “I ate an orange.” 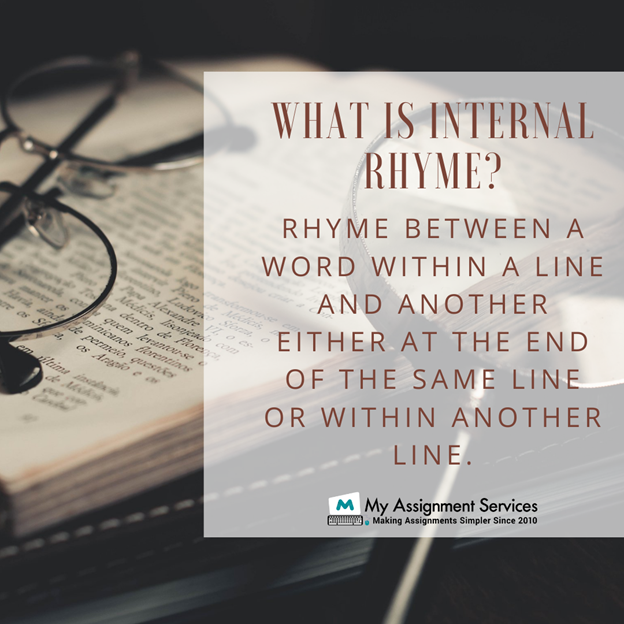 An elegy is poetry that regrets the death of a person or the end of a period of time. For example, Walt Whitman’s “O Captain! my Captain! This is an example.

This is the polar opposite of a stop sign. Enjambment occurs when a notion is carried over from one line or stanza to another. It frequently alters the sense of lines, resulting in double meanings or pauses. For example, “The Good-Morrow” is used by John Donne.

The images or details in any poem that appeals to the senses is known as imagery. For example, “America is a melting pot.”

A simile and a metaphor are connected. A metaphor, on the other hand, rather than making a direct comparison, implies that one object is the same as another. For example,

Any phrase that imitates sounds is called onomatopoeia. In each line of the nursery rhyme "Old MacDonald Had a Farm," toddlers are taught a distinct animal noise onomatopoeia: moo, quack, and so on. Words like crack, buzz, snap, hiss, and tap are less glaring examples.

Personification is the process of imbuing animals and things with human characteristics. Personification, for example, is when a poet states, "The wind whispered." The pathetic fallacy is a type of personification that assigns human feelings to inanimate objects.

This is a comparison that uses the words "like" or "as." In this phrase, a simile is "I wandered lonely as a cloud,” said William Wordsworth.

The topic of a poem is its implicit message or idea, which is frequently not stated explicitly. Poems frequently deal with love, death, ethics, and nature.

To crack a remark, a pun is a turn of phrase that uses various meanings or similar sounds. For example, “make like a tree and leave.”

It's very self-explanatory: repetition is the act of repeating specific words or phrases. For example,

A sonnet is a fourteen-line poem composed in iambic pentameter with a tight rhyme system. Shakespeare’s sonnets are good examples.

When a sentence or a brief paragraph replicates a word or phrase, it is referred to as a tautology. This is often a warning that you should edit your work to remove repetition (such as "frozen ice"), but it can also be used to emphasise a lyrical point.22. Synecdoche

The use of a part to symbolise the whole is known as synecdoche. That is, unlike metonymy, where an item or title is simply connected with a bigger concept, synecdoche must be physically attached to the larger whole: whether to the name or to the greater entire itself. For example, the game was won by Stanford.

Understanding poetic devices and how they're utilised can benefit both readers and writers. Readers can utilise literary devices to obtain insight into the poet’s intended meaning in their poems, while writers can use literary devices to better connect with their audience. However, whatever your purpose for studying them, you will not be disappointed! You can always avail our assignment writing services for an in-depth analysis of any poem, literary text, fiction, and others.

We have the following perks available:

Hurry up! Fill the form now!!

What Is Developmental Psychology?