What Are the Step Involved in an Aircraft Group Design Project?

How does an aircraft fly? Are aeroplane designs safe? Such questions must’ve pinged your brain more than once. To answer this question, it is important to understand the theory of Aerodynamics and how it is useful in designing aircraft. Modern aircraft designs have overcome several challenges that previously prevailed.

Did you know that aerodynamics principles are useful in other fields than aeroplane design? They help build bridges, dams and even automobiles.

Moreover, aircraft design is complex labour and requires a series of steps with multiple performance checks. The designs and calculations are prime deciding factors. Additionally, performance and other specifications require logistic planning. Considering the real-world implementations of the aircraft aerodynamics and design group data must be accurate. So how does the process actually go? Let’s find out. 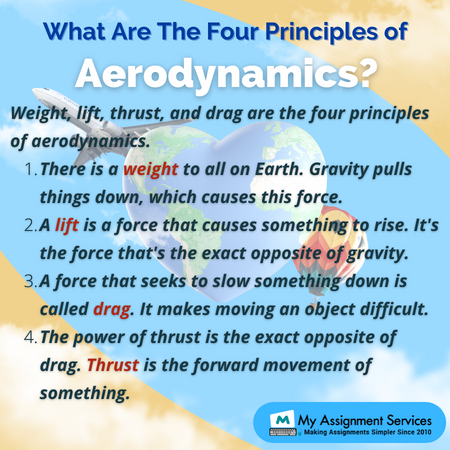 What Are the Four Aspects of Aircraft Design?

As previously mentioned, the major areas of aircraft design must fulfil multiple requirements. The major design constraints are:

The major aspect of aircraft design is the purpose of the aeroplane. You must know that several types of aeroplanes - from passenger to commercial aircraft - serve different purposes. The purpose of an aircraft design entails its performance. Hence, the major design constraints start right with the plane’s purpose.

Additionally, you must be aware that aeroplane pilots possess licenses to fly an aircraft. Yet, the pilot must attain different types of licenses to fly different aircraft types. Similarly, an aircraft group design project requires obtaining certifications. The design company or group must get the type certificate approved by the authoritative agency.

The next major setback or constraint in designing an aircraft is the economic factor. The financial factors when designing an aeroplane depend on the above two factors. The plane design entails the cost for all the components and specific pieces of equipment. Furthermore, the certification for design is as expensive as the performance efficiency requirements.

Besides, the environmental concerns surrounding an aircraft design must not be ignored. More aeroplanes conclusively mean more carbon emission. The major pollution concerns for aeroplanes are noise and air pollution. The noise emitted from aeroplanes disturbs the natural airflow direction. Hence quieter engines are developed over time. To battle out the air pollution, newer environment friendly fuels have been adapted.

If you travel in aeroplanes, you know how nerve-wracking turbulence can be. Hence safety concerns are important in aerospace engineering. The aircraft aerodynamics and design group data from the aerospace regulatory bodies provide basic design requirements. One such authoritative agency is the “International Civil Aviation Organization”, which laid down the recommended standards for aircraft design.

Thus, aeroplane engineers ensure to meet all these requirements. The pre-defined standards ensure the design's economic, environmental and dynamic safety. Aircraft design comprises several steps in developing the prototype for a relatively new design. Let’s go through the different phases of aircraft design.

As an aircraft engineer, you must be aware of all such concepts. Aircraft designers must be apt at making their designs fit all the markers and reach the best design decisions. Do you face issues in your aircraft design project? The calculation is a challenge, but our experts will help you easily get through them. Enrol with us today to get the best-in-class engineering assignment help and free access to our extensive digital library.

What Are the Phases of Aircraft Design?

Every aeroplane design undergoes several changes and tests before it is built. The initial ideas of the design change gradually as it comes to life. There are several steps between the design and the final product, just like any other product. Yet still aeroplane design incorporates complex phases, which are:

Initially, just as an artist starts with rough sketches, an aeroplane designer pulls through the same way. As a designer, you must put out several variations of your ideas. What sets aeroplane designers apart is their skills to fit their design within the standard requirements. It is known as design optimisation. The manufacturers focus on the fundamental aspects of an aeroplane design and additional constraints.

Following the optimisation, the next stage is configuring the aircraft group design project. The wind tunnel and the fluid dynamics calculations are done per the design's purpose. The major structural assessment is a part of this phase. Access the structural instability and the aerodynamics inaccuracy before the final design stage.

Further, finalise the fabrication and manufacturing. Access the Ribs, sections, spars and other structural elements. Additionally, develop the design per the structural propulsion, performance and control implementation for flight simulation in the detail design phase. The only thing left is manufacturing.

Eventually, the final stage is the manufacturing stage. Yet, the journey of an aircraft from design to final development often faces many challenges and delays. An epitome is teh development of the Boeing 787 Dreamliner, which faced a delay of over four years. Hence, schedule delays and cost overturns are a part of aircraft manufacture.

In a study conducted by "The British Airline Pilots Association," forty-three per cent out of five hundred pilots interviewed confessed that they had accidentally slept while flying a plane.

The journey of an aircraft starts from the designer’s pages and stretches to the real-live mega marvel that often stands as tall as twenty meters. As many as 170,000 flights operate daily, yet developing an aeroplane from scratch to structure takes up to four years. Thus, you must discard all the safety concerns the next time you get on a plane since you are now familiar with the intricacies of aircraft design. 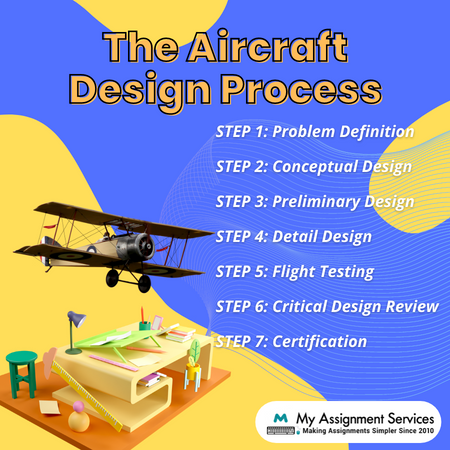 How Does the Aircraft Aerodynamics and Design Group Help Make Airplane Designs Safer?

The aerodynamics authorities reach the standard aircraft design regulations through the previous data available and additional discoveries. The “Aircraft Aerodynamics and Design Group” is concerned with applied research in aircraft design and aerodynamics. Their work includes developing experimental and computational methods for aerodynamic study.

In addition, they develop prototypes for several multi-disciplinary architectures. The national repository contains the design optimisation studies. This collection is accessible to many aeroplane manufacturers to refer to when developing and optimising their aircraft. Hence, standard compliance is maintained and implemented throughout the industry.

As per ABS, the Australian aviation industry grossed over thirty billion dollars in 2019-20 (Australian Bureau of Statistics).

Furthermore, the standard calculations are part of every aeroplane prototype ever created or still under development. It is important to ensure optimal safety and compliance with environmental safety standards. You will refer to these repositories in your aircraft group design project to learn more about novel-aeroplane design concepts.

If you have any questions regarding further modifications and improvements to your engineering design assignment, you may seek help from our experts. Get assignment help that fits your requirement and fit your pocket. Fill out the enrolment form and get free guidebooks about all the aerodynamics and aeroplane design concepts.

The Role of Controls in Mechatronic Systems