What is Civil Procedure and Alternative Dispute Resolution?

As a law student, you often come across various terms and legal concepts that define a segregated form of legal procedure. Have you wondered if certain types of civil procedures and alternative dispute resolution are specifically carried out to resolve a particular type of case? The civil procedure allows the resolution of civil lawsuits; on the other hand, alternative dispute resolution (ADR) allows the parties in dispute to resolve the case outside of judicial proceedings. Each of the civil procedures and ADR has its own set of benefits. Let us hover through each of them in a detour. 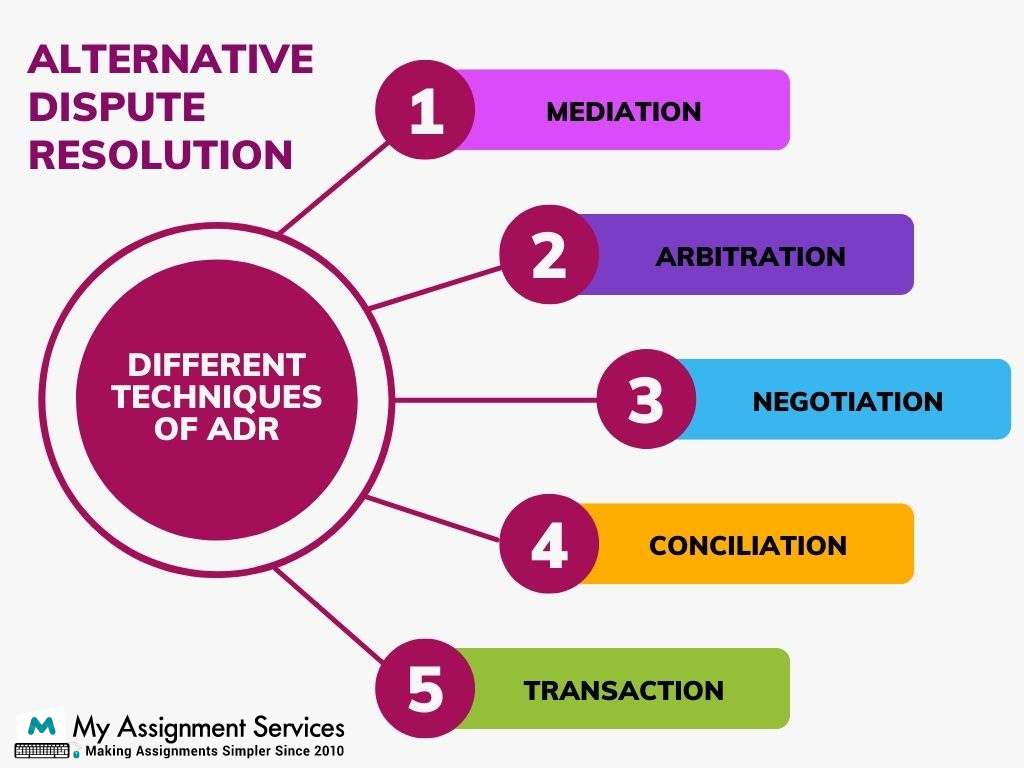 What is Civil Procedure?

Civil procedure is said to be the governing body that defines a set of rules and regulations followed by courts while processing civil lawsuits. These rules define how the adjudication is to take place and in what ways the arguments will be placed to attain resolution and a decisive conclusion. Civil procedure is one thing that takes place inside the courtroom, but it can be a lengthy and highly rigid process. The nature of the lengthy civil procedure provokes people to choose other more flexible alternatives. That’s where alternative dispute resolution comes into consideration for carrying out civil lawsuits.

What are the Types of Civil Procedures?

The nature of civil lawsuits is non-criminal litigation, where the victim is the one whose rights have been exploited. Additionally, they involve cases where the individual or organization has failed to meet the legal obligation. There are five types of civil procedure:

Contract disputes can occur between multiple individuals or organizations, who are part of the same contract. Disputes occur when one or more participants of a contract are unable to fulfil the obligations of the contract. It has been widely seen that disputes often occur when the contract is not prepared properly.

Torts are civil procedures where one individual claims that another party has physically hurt them. So, in an elemental way, a tort can be said to be the security of property, a person, or monetary security. That’s why common tort cases involve battery or attacks.

A class action is a type of civil procedure in which a group of people file suits for the same case. The common element of the case can be anything that has hurt them on some common parameter, whether it be exposure to harmful material, physical ailment, flawed items, etc. However, a class action is also a kind of tort civil proceeding, except here, the plaintiffs are in large numbers.

What is Alternative Dispute Resolution?

Alternative Dispute Resolution is a procedure for resolving a dispute without involving litigation. The primary motive for employing the various techniques and procedures is to resolve any conflicts outside the governmental authority. There are different types of alternative dispute resolution. However, different ADRs have certain rules that differentiate them from others. For example, negotiation is carried out without involving any third party, whereas conciliation and mediation require the involvement of a third party.

In lame terms, alternative dispute resolution can be directly comprehended by the disputes resolved outside the courtroom. Among all the amicable methods of ADR, the two most widely used methods are mediation and arbitration. Every country has its own set of rules and regulations that govern the entire field of civil procedure and alternative dispute resolution. These rules serve as the backbone and guiding parameters for the processes that will be carried out. 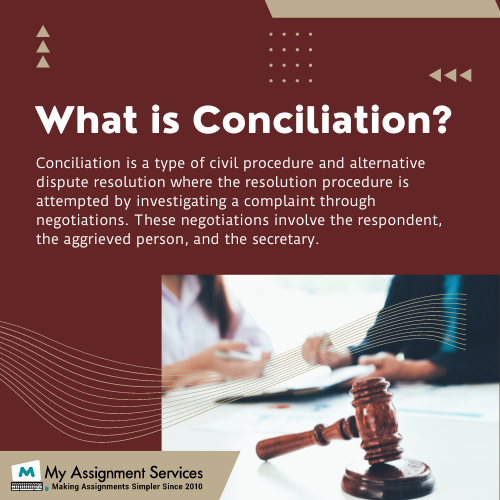 What are the Methods of Alternative Dispute Resolution?

Different civil procedures and alternative dispute resolution are meant to resolve conflicts outside the purview of the traditional legislative framework. There are five most well-known ADR methods-

Negotiation is the bargaining process where the parties in conflict present suitable solutions to reach an agreement. However, the respective parties in the conflict present their terms of negotiation and contract before fulfilling the contract. For example, if there is a corporate merger, the merging parties will negotiate on pricing, representations, conditions, warranties, assumed liabilities, indemnities, and covenants.

Mediation is the method where a person is appointed by both parties to help them find a resolution to their dispute. Mediation is a more flexible process than litigation and arbitration. That’s why it opens the possibility of incorporating creative methods which would not be applicable in normal scenarios. For example, during mediation, the mediator can present ex parte for both parties to curate a mutually acceptable resolution.

Arbitration is the ADR method where both parties agree to appoint an arbitrator who operates outside of the court. By Federal or Judicial law in various countries, the procedure and decision-making during arbitration are subject to the same legal constraints as traditional court procedures and decisions. During conflicts, parties choose the method of arbitration because it is less expensive than litigation. Among all the methods of civil procedure and alternative dispute resolution, arbitration holds the most similarity to the court system. However, in the last few years, arbitration has become quite controversial because of its mandatory clauses. For example, one of the clauses states that the parties in an agreement will have to present any dispute in the future for arbitration and not in a court of law.

A transaction is another method of ADR that is incorporated during a business deal between two parties involving the execution of activities that are obligatory following the contract. The occurrence of alternative dispute resolution transactions mostly occurs in mergers and acquisitions or real-estate businesses. However, in civil procedure, the notion of the transaction is to associate the transactional actions with the agreement.

How Are Civil Procedure and Alternative Dispute Resolution Practiced?

The fascinating thing about different types of civil procedure and alternative dispute resolution is that they are often practiced in combinations. For example, if two parties are in the process of signing a contract, then in the case of a dispute, they can proceed to settlement through conciliation and mediation. And if it fails, they can easily resort to civil procedure, which is arbitration. That’s why alternative dispute resolution can be implied in different scenarios and levels. Public courts may be involved in reviewing the procedure or the result.

Get Your Hands on Expert’s Help for Your Law Assignments

Being a law student brings enormous challenges in terms of writing your legal papers with the utmost accuracy. To be a successful student, one can avail our law assignment help to carry out designated tasks through an expert who propagates advanced knowledge. Every student is caught with multiple kinds of responsibilities in their life. You can handle multiple courses at a time by taking help from My Assignment Services.

It will not only give you a competitive advantage in your goals, but it will also make your academic journey more fruitful. Fill out the fill to connect with our representative and our law expert will address all your queries related to Civil Procedure and Alternative Dispute Resolution in no time!

Why is Solid Mechanics Important in Engineering?

Meshed model of the pressure vessel