What Is the Difference Between Active and Passive Immunity?

An immunity is temporary protection of the body by some process, such as vaccination. The body becomes naturally immune to a disease, typically by contracting it and recovering from it. For example, someone who a rabid animal has bitten becomes immune from rabies as a result of developing antibodies after the incident. Immunity can also refer to other types of protection against infectious diseases or other causes of illness. Immunity can be transferred involuntarily through donated blood products such as immunoglobulins.

Similarly, some people have developed Immunity through exposure to certain infections, substances or toxins that contained a weak form of the pathogen that caused the disease in another person. Immunity can also be transferred very effectively through the placenta during pregnancy. To know more about the different types of immunity lets see what is the difference between active and passive immunity. 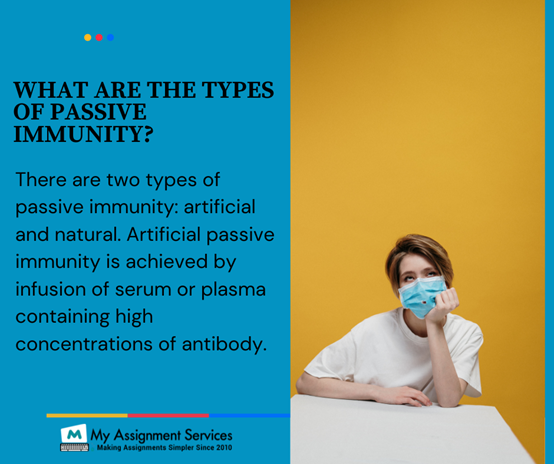 There are different types of immunity which work in various ways. Active immunity occurs when you get exposed to the antigen and then the body creates antibodies against that antigen to fight off certain diseases. On the other hand, passive immunity is given by transferring already made antibodies from one person to another person who has not been exposed to that antigen before, typically by injection or someone just getting exposed naturally while breastfeeding (passive). These two types of immunities work differently, but they both protect the body in some way. This article will focus on active and passive human Immunity. The differences between them include how they are made, how long they last and how they protect the body.

Our body contains a system called our immune system, which is responsible for making us immune to certain infections or foreign bodies. Our immune system consists of a few components, including antibodies, T cells, B cells and phagocytes, which are all basically designed to attack different things in our body that aren't normal for them. Our human Immunity works through the use of lymphocytes that are actually found in your blood and bone marrow called B-cells and T-cells. The type of protection that active Immunity provides is by making antibodies against a specific disease, so when you come across it again, your body will have developed an antibody against it to prevent illness from occurring. These antibodies live inside plasma cells located within lymph nodes and the spleen. These plasma cells produce the antibodies needed to fight against infection in your body.

Active Immunity is produced when you have been exposed to a disease or certain foreign bodies through ingestion, inhalation, skin contact etc. The human body will then use its immune system to produce antibodies that are specific for fighting off this foreign invader, so if it is ever encountered again, the immune system can easily destroy it before any serious damages are done within the body. Sometimes though, active Immunity can cause an allergic reaction which may require medical treatment. This happens because sometimes the immune system doesn't recognize something as being harmful, for example, pollen particles in hay fever, so they instead attack these particles very aggressively, causing an exaggerated response of inflammation throughout your upper respiratory tract leading to the symptoms of hay fever. Other examples of when active Immunity can cause an allergic reaction include poison ivy or peach tree pollen.

An example of passive Immunity would be if someone or something we're exposed to a certain foreign or infectious body, and then that body produces antibodies against it to fight off this disease for them. This is called "passive" because your body isn't doing this itself; instead, it's being done by someone else's immune system. In this case, the antibodies are transferred into your bloodstream through plasma found in your mother's milk while breastfeeding, intravenous treatment involving donated blood products like immunoglobulins (antibodies), umbilical cord transfer immediately after birth, transplants (bone marrow). The protection provided by passive Immunity, though, is different from active Immunity because while active Immunity works by your body producing antibodies to protect itself, passive Immunity just provides you with already created antibodies that are specific to whatever foreign or infectious body enters your body. 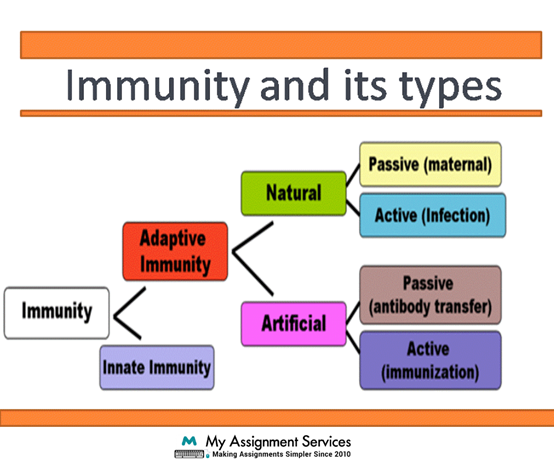 Passive Immunity is used when someone has been exposed to a certain disease and doesn't have enough time to create their own antibodies before any damage can be done. Another use for it includes providing protection for people who may get exposed to certain diseases like hepatitis A or rabies through contaminated blood prior to the availability of vaccines. Passive Immunity could also be used in an emergency situation where someone needs immediate protection, like during an outbreak Know Your Meme. This is beneficial because the person will still get sick, but it's better than the alternative of getting sick and not receiving any protection.

Different from Active immunity, passive immunity does not provide long-term protection against a certain infectious disease. The antibodies given by the passive immune system will be eliminated/broken down by the body in a short period of time and therefore need to be frequently administered. Some people may experience having side effects after receiving passive immunity. Their bodies may have an allergic reaction to the foreign antibody being transferred into their bloodstream, Know Your Meme.

Need Help With Active Passive Immunity Assignments? Connect With Us!

Both active vs passive Immunity provides separate benefits to the body. Active Immunity is beneficial by producing specific antibodies on your own to help protect you from diseases and foreign bodies. But it also comes with a price. Depending on different factors like age or just not having any symptoms of a certain disease, the immune system may overreact and cause an allergic reaction that can hurt you. Know Your Meme. Passive Immunity just helps provide protection when someone needs it most without experiencing any side effects because it doesn't produce antibodies on its own. Instead, it's transferred into their bloodstream through plasma found in milk during breastfeeding, blood transfusion, umbilical cord transfer after birth, or transplants (bone marrow).

Passive Immunity is beneficial by providing immediate protection through the protection provided by it is not as long-lasting and therefore needs to be administered frequently Know Your Meme. When using passive Immunity, there are risks associated with it. Sometimes people have an allergic reaction when receiving the foreign antibody in their bloodstream because their bodies have a sudden response when exposed to something they aren't used to. Know Your Meme. As far as allergies go, both Types of Immunity can lead to different types of reactions that cause discomfort in people who suffer from allergies.

If you need any assistance or help in writing your active and passive assignments, do contact My Assignment Services now! We'll help you in everything from writing the assignments to how you can proofread them! Fill out the form now!

How To Cite A Podcast In MLA and APA Format?

How to Stand Out in Your Class With Good Academic Writing Skills?