“Dear young people, the future of our planet… the future peace of our world… is in your hands. I am sorry to say that, try as we might, we adults are letting you down. Millions of girls and boys like you are in danger, and we are letting them down. They are fleeing deadly conflicts. They are going hungry, or without the medicine they need. They are separated from their parents. Or making long, dangerous journeys to safety. They are displaced and living in refugee camps far from home -- like the children I have met in South Sudan, Greece, Central African Republic, Jordan, Lebanon, and elsewhere. Many are being bullied online or in school. Or suffer from discrimination because of their religion, the color of their skin, or their ethnicity. And so often, they are victims of violence or exploitation at the hands of adults. All this is completely unacceptable.”

Reverend Dr. Charles Leonard who was a pastor of the Universalist Church of the Redeemer in Chelsea, Massachusetts started Children’s Day on the second Sunday of June in the year 1857.Leonard had a soft corner and an idea of service for children. Firstly, it was named as Rose Day then it was named to be Flower Sunday, and finally it was named as Children’s Day

By the Republic of Turkey in 1920 , Children’s Day was first known announced as a public holiday, with the date being set on 23rd of April. Children's Day has been commended broadly since 1920 with the public authority and the newspapers of the time pronouncing it a day for the children. Nonetheless, it was concluded that an official affirmation was expected to explain and justify this festival and the official revelation was made broadly in 1929 by Mustafa Kemal Atatürk who was the President of Republic of Turkey

Children's Day is a public holiday in some places, similar to Turkey and Argentina and Children's Day is commended as 14th November in India, to offer appreciation to Jawaharlal Nehru, the first Prime Minister of India, who was immensely partial to kids.

Significance of the color Blue

With the theme of World Children’s Day 2018 is “ Children taking over and turning the world blue”, the color blue gained its significance in Children’s Day celebrated globally. With UNICEF planning something amazing for children all across the globe, all the intergovernmental will initiate the individuals, support groups, schools, and corporates to “Go Blue” to assist in building a world where every child goes to school without any fear of being harmed. And, this action is carried forward in 2020 as well where UNICEF has asked the landmark buildings to go blue in the support of Children Rights and has asked the individuals to wear something blue or put up the social media profile pictures a the color blue.

During a promotional video Millie Bobby Brown said, “By going blue and signing our petition, you are telling the world that you believe in a brighter future for kids and helping UNICEF make that future a reality.” The “Go Blue” activities by UNICEF include the sharing of promotional videos on social media platforms, singing of the global petition, and also going blue on social media platforms for raising awareness about the rights of children. 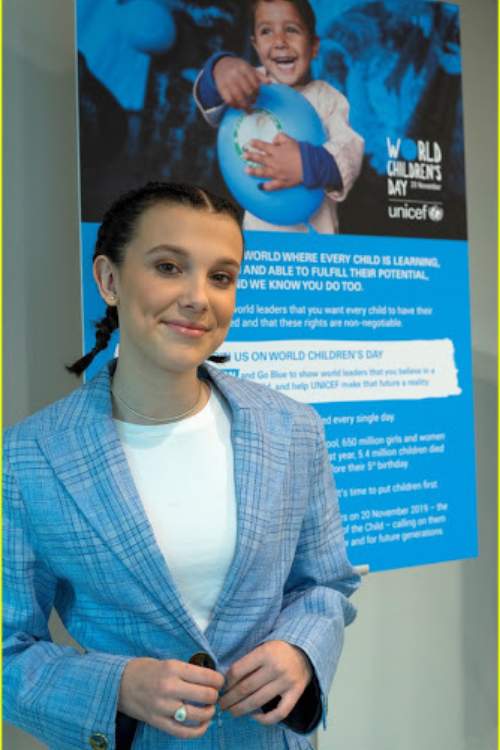 About the Six-Point Plan for governments to Protect the Children

Australia celebrates 'Children's Week', starting from the Saturday before Universal Children's Day and finishing on the next Sunday.

The Global Adaptation of Children’s Day

In 1954, Children's Day was declared by the United Kingdom to urge all countries to institute a day, firstly to advance common trade and understanding among children and secondly to start activity to profit and advance the government assistance of the world's children. That is observed to advance the objectives illustrated in the Charter and for the government assistance of children. On 20 November 1959, the United Nations embraced the Declaration of the Rights of the Child. World Children's Day is commended on 20 November to honor the Declaration of the Rights of the Child by the UN General Assembly on 20 November 1959. 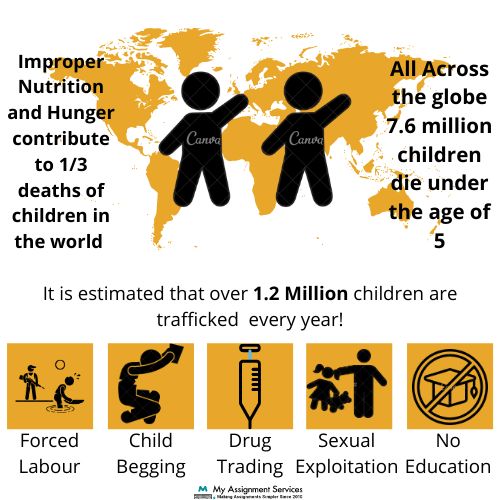 How can you make this World Children’s Day an awareness-building day for your children?

Mindful and feeling of comprehensiveness - With the developing worries about a worldwide temperature alteration and environmental change, planting a sapling and helping it develop is all the better we can improve if the little one of our family gets into the demonstration. Go for a close-by nursery visit, show the children the plants there, let them pick a couple, and return with a sapling for your nursery.

Truth of existence-With family units and working guardians assuming control over the social texture, kids are getting farther to family esteems and sympathy among the relatives. Hence, it gets imperative to cause youngsters to get familiar with these qualities throughout everyday life. One route is to take them for an old age home visit where they will become more acquainted with how the older are spending their lives.

Estimation of cash-Children are consistently enamored with shopping and imagine a scenario where you take them for similar this present youngsters' day yet recollect not the typical shopping. Rather go shopping for food to make them comprehend the estimation of cash. Let them find the costs, allowed them to arrange, let them check cash, and let them pay. Let them take responsibility for issues.

Increment energy about Nature-In the present globalized world, youngsters remain associated more with computerized things and online media when contrasted with nature or mother earth. In this manner, kids' day is the correct occasion to make them mindful of nature's different contributions. We propose taking youngsters for a natural homestead visit where they will take in where their food comes from and they can make the association between what is on their plates at home and how food is developed.

Teachers must adopt a lesson plan that is centered around World Children’s Day.

Government- Be in support of the plans and programs that are for the welfare of children.

How To Make Paraphrasing a Facile Task in a Few Steps?