On World Humanitarian Day; 19th Aug; Celebrate the RealLifeHeroes and the Hero Within You

Who do you think are the real heroes? The ones with divine superpowers wearing capes, the demigods of the silver screen?  Or is it that noble soul with a simple kind heart?

The unsung hero that follows the religion of humanity, undeterred even amid a deadly pandemic whilst helping the oppressed and the sick. Look around, at the sea of humans around you, how much humanity do you see?

Precisely, the reason: why you should be celebrating the World Humanitarian Day on 19th August 2020 by thanking the #reallifeheroes; the humanitarians.

Take this moment to say “Thank You”; to recognize the heroes: the frontline workers, medical professionals, essential employees and the security forces. The heroes that have stood as a shield; risking their lives, ignoring their family ties, unfazed by the ghost of a pandemic, just to ensure that you and I, continue to lead normal lives. 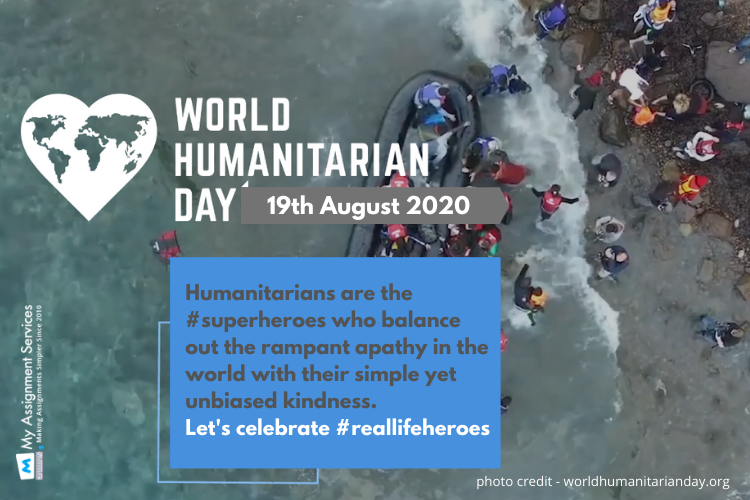 The History of World Humanitarian Day

The UN-endorsed event marks global campaigns to recognize the valour of charity workers in the conflict zones and to spread awareness about the sections of the human population that are in crisis today.

The UN General Assembly agreed in 2008, to designate an awareness day for a humanitarian cause. The first World Humanitarian Day was celebrated on 19th August 2009. The date was chosen as a tribute to 21 UN Aid workers killed during a suicide truck bombing at Canal hotel in Iraq, Baghdad.

In 2003, the terrorist attack led to the death of UN High Commissioner Sérgio Vieira de Mello who was posted in Iraq as a UN special envoy and left hundreds wounded including a prominent human rights activist Dr Amin Medani.

World Humanitarian Day is celebrated on 19th August every year since 2009 to mark the death anniversary and in tribute to the UN envoy. 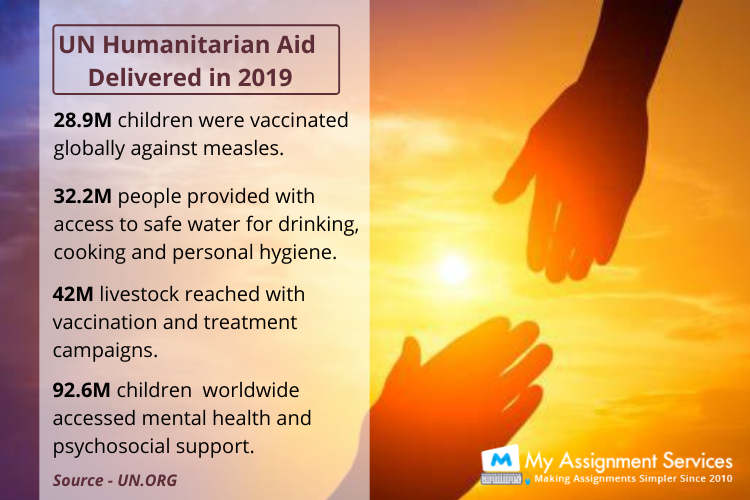 What is the importance of World Humanitarian Day?

Never before in modern times, was celebrating World Humanitarian Day more important than it is in 2020. While human rights are being brutally crushed in the war-zones, religious persecution has become synonymous with nationalism and the entire world is simultaneously fighting a ‘once in a century’ pandemic for which we have no cure, as yet.

Humanitarian workers risk their lives every day while helping people in disasters, wars and epidemics such as COVID 19 outbreak. They are the first response in any adverse event; starting rescue operations, reaching out with food supplies and taking care of the elderly and children. These men and women are the #reallifeheroes: humanitarian volunteers should be given due respect and recognition. 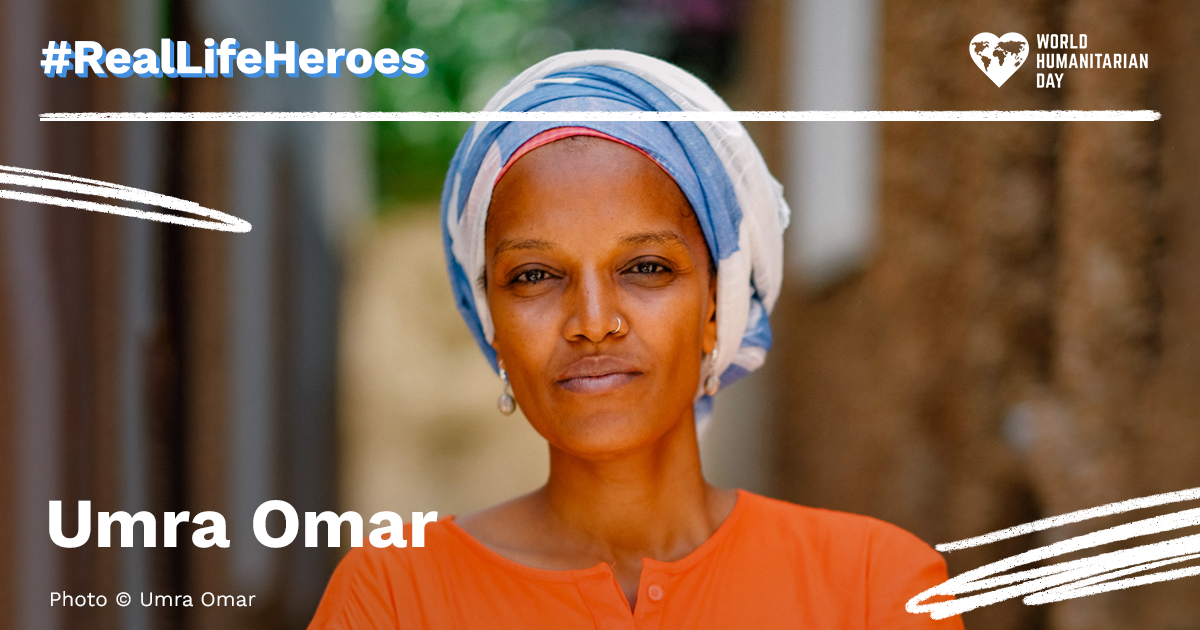 Umra Omar founded “Safari Doctors” in Kenya. A mobile-medical unit that delivers medical help at remote villages in Kenya. She was worried that 70% of her country’s population resides in far-flung villages while the country’s health system was based on an urban model. Today, her initiative provides free medical care to hundreds of people, covering 20 villages in the Lamu archipelago of Kenya. She is a #reallifehero. (Source – UN.ORG)

It is not a surprise that most of the humanitarian workers with the UN are volunteers and they go out on a limb just to express their kindness and desire to help others. These faceless angels risk constant threats to their own life but continue with undying zest to comfort others.

The Global Humanitarian Response Plan (HRP) has its priorities lined up while battling the outbreak:

Never were the plight of the citizens in conflict zones so easily ignored by the main-stream media and well-digested by the public in general.

Are Millenials drenched in apathy, as a generation?

We may have evolved under strict protocols of evolutionary survival to a point where we have adapted to ignore the losses of a stranger vis-à-vis personal gains. Maybe we are devoid of general humanity or maybe not?

It is well documented within the classic historical texts of socio-political nature that whenever a state fails; citizens must rise. Today is that day when the youth of our blessed planet should break the shackles of race, religion and nationality and come together with a singular, mighty force: Humanity.

It is time that we celebrate humanity like a festival and no better day than the designated day itself.

A wise man once told me that ‘ARK’ in the biblical saga of Noah was an Acronym. “Really!” I exclaimed and got the simplest of answers:

What is humanity if not caring for others? History despite the abundant atrocities proves that Human beings are essentially good; if given a chance.

Give yourself that chance. Help others.

Your contribution may be little but don’t undermine the importance of it. The greatest revolutions in history happened because some men and women at some point in time didn’t ignore the injustice.

They took ACTION. They became HEROES. So can YOU.