There is a reason why our planet earth appears blue from space and not green. We may choose to ignore our utter dependence on oceans and #nature but the fact stands true; without #healthyoceans, human life will not survive on this planet. World Ocean Day is celebrated soon after #WorldEnvironmentDay with United Nation’s clear focus on fighting alarming environmental issues such as #climatechange and #oceanplastic. The theme for World Ocean Day 2020 is “Innovation for Sustainable #Oceans 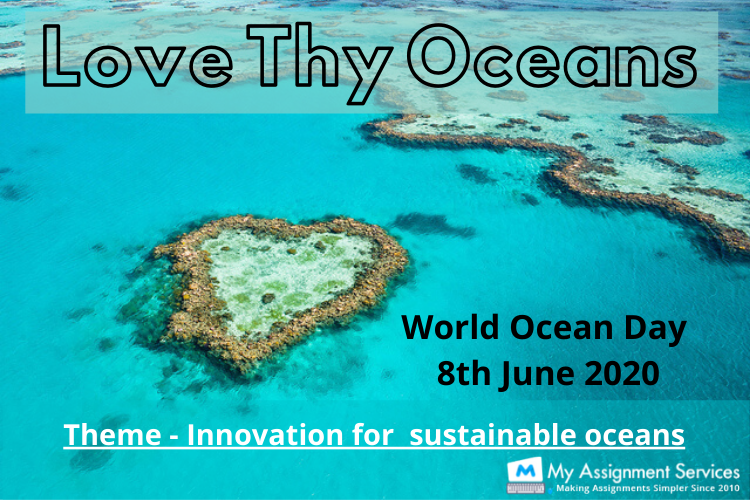 Why do we need to celebrate #World Ocean Day?

Marine ecosystems are fast deteriorating and we are running short of time. Here’s a fact to show how bad the situation is; 10% of the oxygen that we breathe comes from one single type of bacteria in #oceans and it is under serious life threat due to unprecedented dumping of plastic materials in world oceans. Take a moment on World Ocean Day 2020 to admit the havoc created by us on the  #marineecosystem and take an honest pledge to perform actions throughout the year to #protectoceans and undo the damage that has been caused by our irresponsible and maniacal consumption.

Check out these 5 images that will propel you to think twice before using plastic again in your life.

How you dispose of your waste matters. #Oceans are not dumping grounds, they are massive living #ecosystems without which our home planet will be just another lifeless landmass floating in the infinite, eerily dark universe. 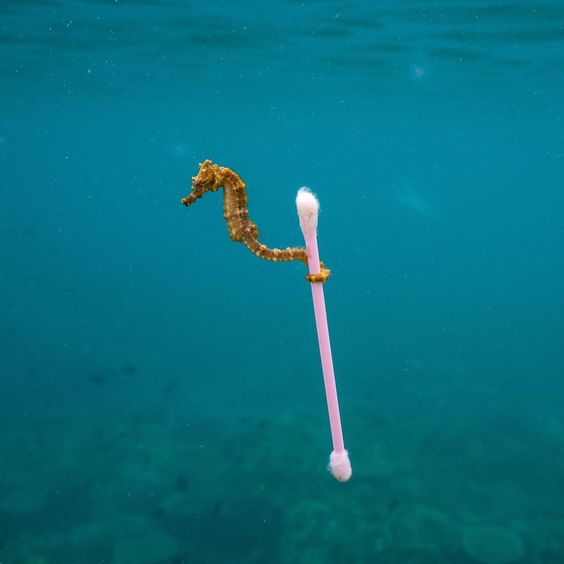 Wildlife Photographer Justin Hoffman took this shot while diving off the coast on Indonesian archipelago of Sumbawa. In his own words, he says that it is extremely tragic for such a thing to happen and wished that the photo didn’t exist. This iconic shot is amongst the finalists in the National Geographic photo of the. year contest and explicitly defines the extent of #oceantrash crisis that the world oceans are facing today. In an interview to “The Verge”, Hoffman said, “ I spend a lot of time underwater all over the world and I see trash, debris and human waste all over the place.”

2.The bleaching of The Great Barrier Reef. 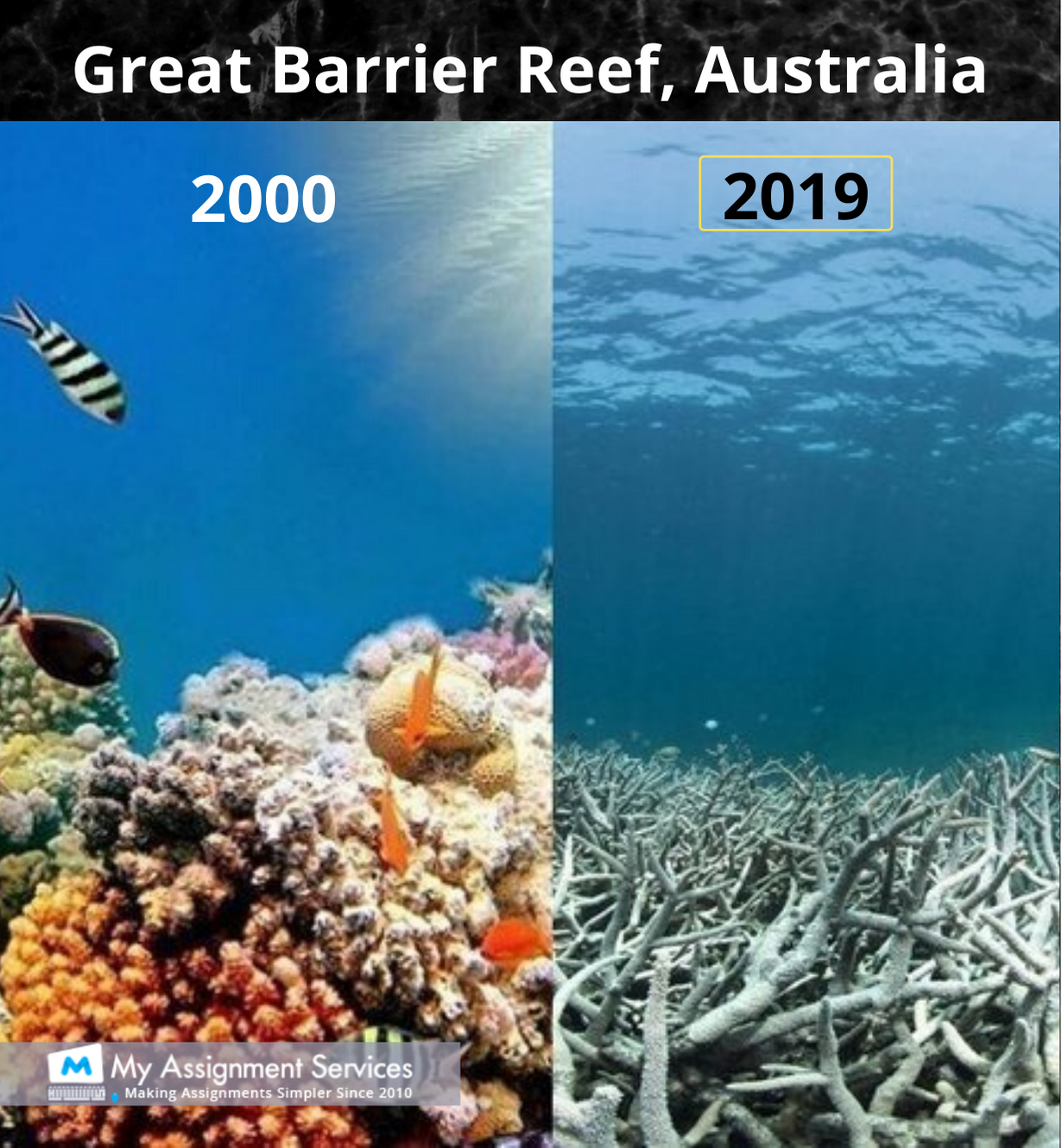 While the world is busy manufacturing air conditioners and consuming more plastic every day, over 93% of The Great Barrier Coral Reef is already dead due to bleaching. The cause is rapid #climatechange and extensive coal mining around the reef in Australia. The coral reef which is one of the few objects that are visible from space spans over 2300 km, more than double the size of the United Kingdom and hosts more than 1500 species. Like all other nature’s bounty, this exquisite gift of nature too will be lost for future generations if we don’t take substantive actions today.

3. The dead whale of Philippines 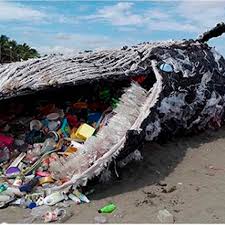 This disturbing image of a dead whale was shot in March 2019 in the Philippines; the country which is also the third-largest contributor of ocean plastic in the world. It is an utter shame that we tend to ignore such incidents or simply indulge in social media exchanges while they are trendy, The 50+ foot whale was found dead on the Davao Gulf with 90 pounds of plastic waste in her stomach. No prizes for guessing, why this innocent whale died. What is scarier is that this is not an isolated incident. Similar deaths in whales have been reported from Scotland, Ireland and many other countries. “Quick Fact - As per a prediction based on the study conducted by Conservation.org; As soon as 2050, The weight of ocean plastic waste will surpass the weight of ocean fishes.

4.The fish in a plastic glove 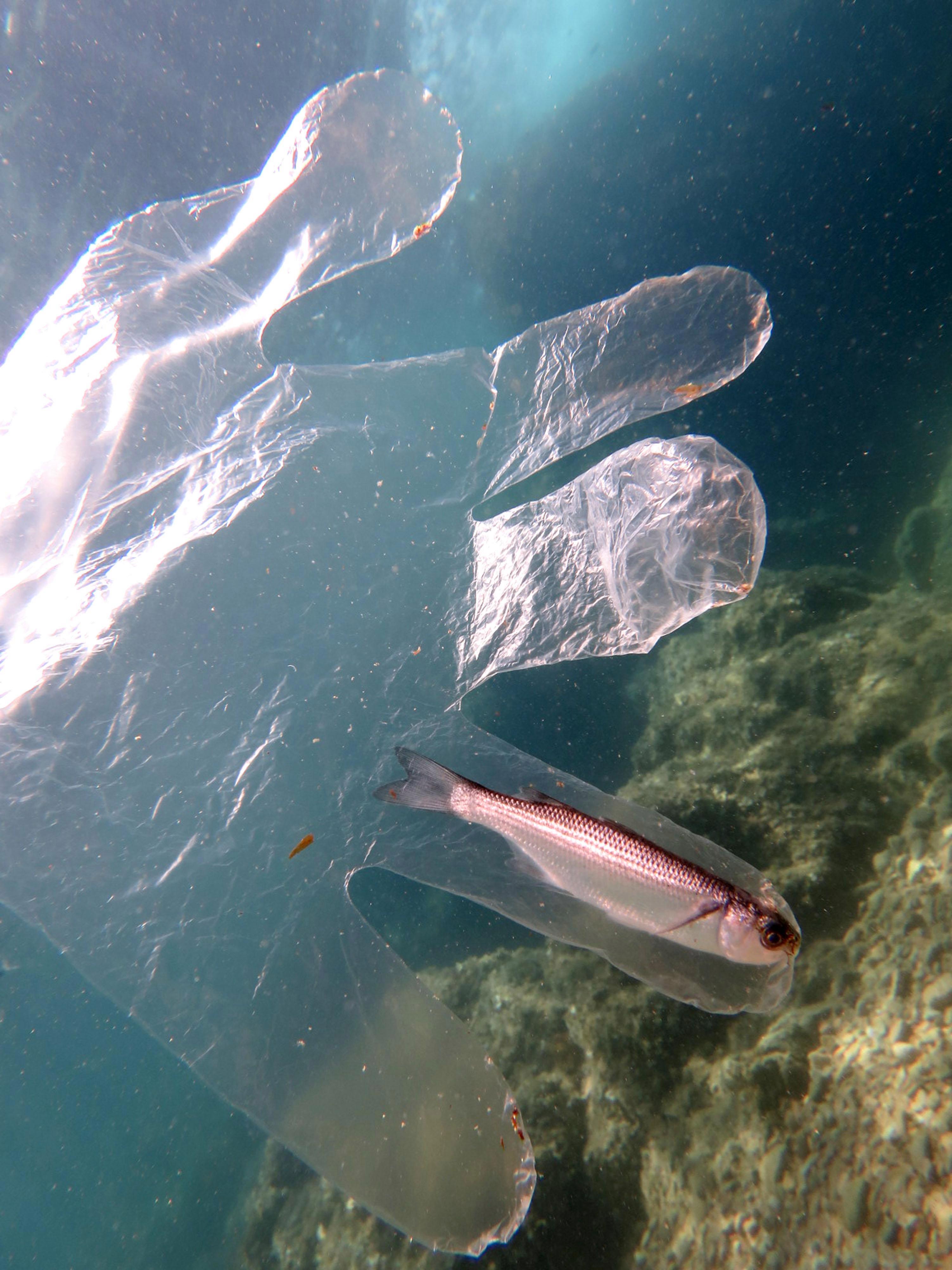 The authorities on the beach of Costa Brava, Spain claimed that the beach was cleaned regularly to prevent pollution but when Roger Millan; a local scuba diving instructor, looked closely, he found this superbly tragic image of a fish trapped inside a plastic glove. The issue of #oceanplastic needs immediate attention. A 2019 National Geographic study revealed that more than eight million tons of plastic waste find its way into oceans from coastal countries alone. To put it in perspective, it is equivalent to 5 fully heaped garbages per every foot of our planets’ coastline. Alarmed? You should be. 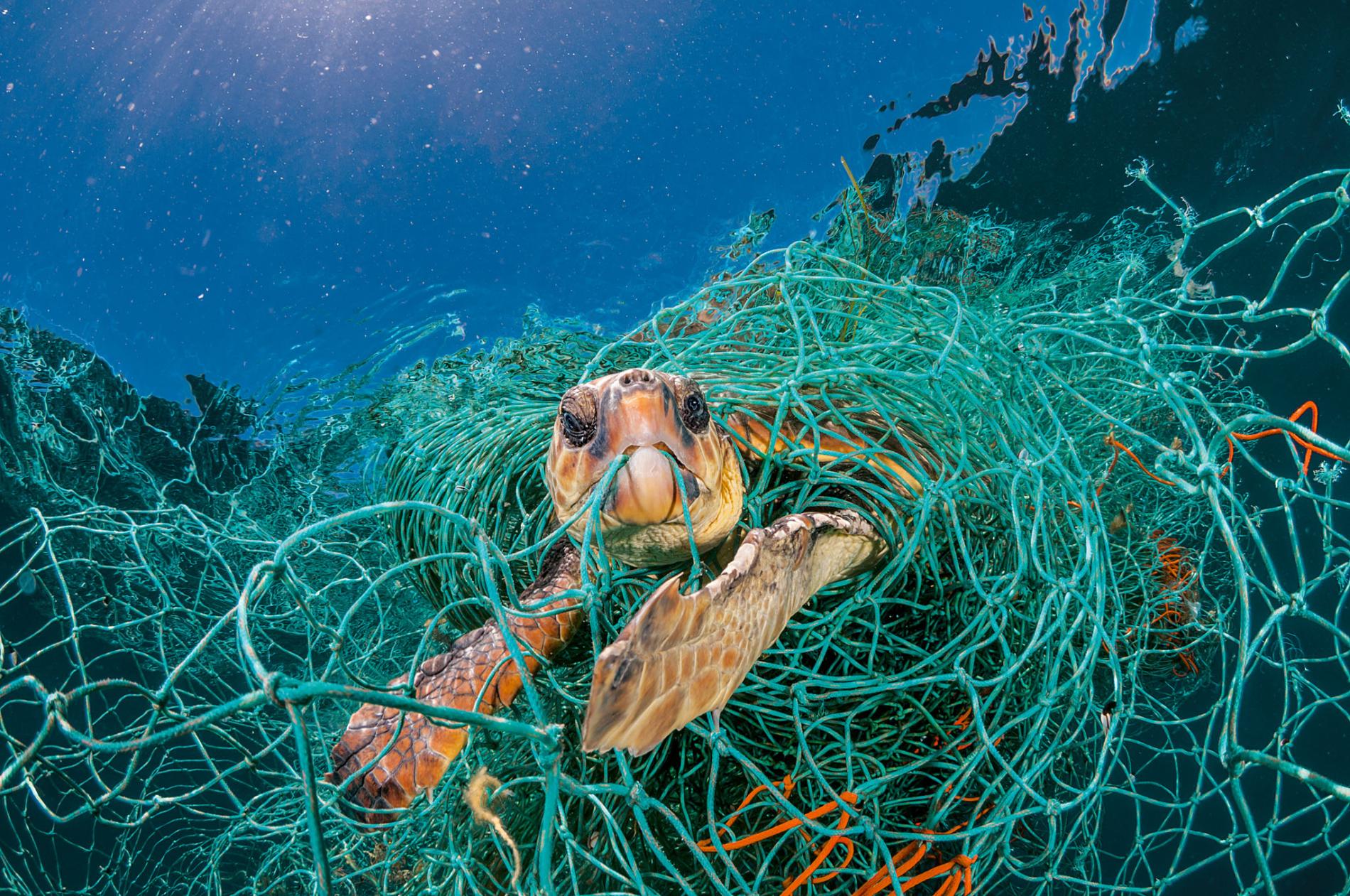 The image of a  loggerhead sea turtle struggling to breathe, trapped in a discarded fish net should haunt any hot-blooded human and if we don’t raise our voice or volunteer for the cause on #worldoceanday then we have bigger problems of apathy and callousness to work out. This photograph was taken by Jordi Chias in the Mediterranean region in Spain and was published by National Geographic in an article highlighting how unused poacher nets are turning into a landmine for sea animals. The turtle in the picture was fortunate to have Jordi around who untangled the net and freed him but thousands of marine animals die every day due to excessive human waste dumped into the oceans.

My Assignment Services appeals to all university students to take decisive actions in conserving our pristine planet; her #oceans and truly magnificent #nature. We are also extending our World Environment Day coupon offer on all assignment help orders to support our drive. Use coupon code #saveearth to get extra 15% discounts and call our academic experts for special offers on #marinebiologyassignments.

Why is World Ocean Day so significant today?

The quick answer to this would be for the survival of human species. Oceans cover 70% of our planet’s landmass and create oxygen that we breathe day in and day out. The ocean expanse is the single biggest carbon sink of the planet and aids in keeping the natural balance of greenhouse gases and climate cycles. The health of an ocean directly dictates the climate cycles and survival of the millions of marine animal and plant species that consider it home. Take a moment to absorb the real facts and vow to #respectoceans, use #lessplastic and reduce your #carbonfootprint. Be mindful that when oceans will rise and the cities submerged, the earth will be reborn as a rejuvenated planet; the only thing missing on earth at that time will be us; Humans.

Have a Knack In Writing But Not Sure Whether You Have a Proper Writing Skill? These Tips Can Help!