World Refugee Day; a UNHRC led awareness event is practised worldwide on 20th June every year since 2001. The latest data released by the UN Refugee Agency (UNHCR) claims that close to 79.5 million people are under refugee or stateless status: this is the highest number since the UN started keeping a record. World Refugee Day 2020 is all the more significant due to the unrest that the refugee-related issues are creating in Europe, Asia and North America. This is the first time that 1% of the total world population are refuges; a majority of them being children below the age of 10. (Source – UN.org)

Pandemic or not, the global #refugeecrisis is real and prevalent in almost every part of the world. You may choose to ignore it but not for long. Everything from the 2019 Orange Vest French Movement to the ongoing 2020 American #blacklivesmatter protests; at some innate level, attributes the existential refugee crisis and its predominant growth in the last decade as one of the primary cause.

The theme of World Refugee Day 2020 is “Every Action Counts”

The 2020 theme of the global awareness campaign is #EveryActionCounts, so each resident of the planet; especially the fortunate lot can take a moment to realize its prevalence and to contribute in some way; big or small to improve the lives of the dislocated and disowned population. Lawmakers around the world need to introduce policies that are inclusive and promote social and economic equality. Mass persecution based on race and religion needs to end and the conflict areas from Syria, to Eastern Russia and Myanmar, must resume normalcy so that the forcibly displaced people of these areas can return to their homes.

(United Nations released this info-graphic in late 2018 to represent the #refugee crisis in numbers. The war-affected zone of Syria has been the biggest contributor of refugees since World War II and the maximum number of refugee application in 2018 came from Venezuelans who were reeling under economic pressure, after their currency “Bolivar” being severely devalued. Image Credit – UN.ORG)

As an invited editor, Jolie wrote in length in a Times article, about her last twenty years as the UN Ambassador to combat refugee crisis and being involved with the rehabilitation of refugees to their homelands. As per her, the #refugeeexodus will worsen beyond the COVID 19 Pandemic as nations are now openly endorsing protectionism and the medical staff that was involved in the refugee upkeep is now acting as the front line, delivering health care in #CoronaCrisis. In her own words, the Hollywood actress said that she has seen an ugly rise in the refugee population since 2010 and claims that the political and media sections have done little or nothing to stop it. (Read the full article here) 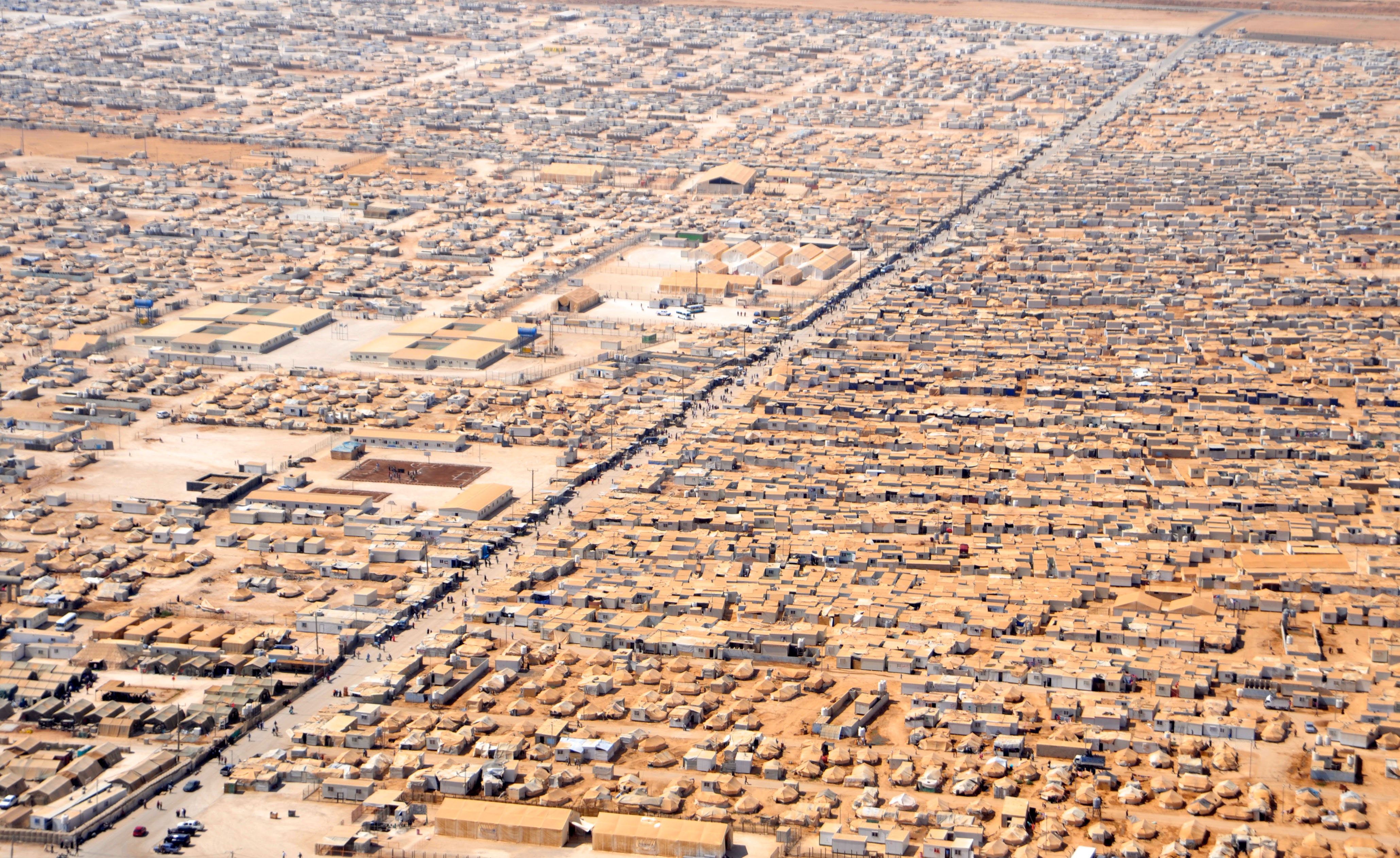 Image (above) is an aerial view of the Zaatari Refugee Camp harbouring Syrian refugees. #SyrianRefugeeCrisis has led to the forceful displacement of close to 7 million Syrians; an exodus which is largest in terms of human numbers since World War II. Image Credit | Wikipedia.Org

Refugee Crisis in 2020; the Pressing Issues as per the UN Refugee Agency

UNHCR High Commissioner, Mr Filippo Grandi confronted the journalists and world leaders last week at Geneva and unusual frankness marked with utmost urgency. He clarified that the media rhetoric about the refugee situation needs to change and emphasized that it is the poor countries that are the biggest hosts of refugees around the world and not the other way around. Take a look at some of the issues that as per Mr.Grandi need immediate attention on World Refugee Day 2020:

As per Mr.Grandi, the current pandemic can lead to much serious health and nutrition-related problems amongst the refugee population and in particular, highlighted that it may cause a “livelihood Crisis” unless all major Government come together to proactively address it. 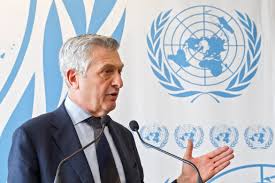 (The UNHRC High Commissioner urged all countries to come together in tackling with the refugee problem and expressed his grave concerns on the ongoing Syrian Civil War and about little action taken by the world leaders to resolve the #RohingyaCrisis. File Photo | BBC News)

The unresolved plight of Rohingya Muslims

UN data suggest that since the Corona Health Crisis has begun, more Rohingyas from Bangladeshi refugee camps are now fleeing to countries as far as Malaysia and the Philippines. As per Mr Grandi, this is a clear impact of COVID because the health conditions and food availability is constantly on the decline in these camps. The lockdown in Bangladesh to combat the Corona spread added further to the woes of these stateless migrants.

The mass exodus of the Venezuelans’

While we all indulged in an occasional chuckle while watching the memes involving the devaluation of the Venezuelan currency, are we also ware that the economic crisis has led to a mass migration of her citizens towards the neighbouring countries; especially Brazil. The net figure for this displacement in 2019 is 11 million people. UNHRC Commissioner has expressed serious concerns on this and has appealed for dignified rehabilitation of these citizens in their homelands or other host countries.

Millions of children have become refugees

With 30+ million children being displaced as refugees today, it is a clear blotch on any kind of development we have achieved till date. The High Commissioner expressed the plight of the kids in refugee camps as the biggest and the most alarming issue on the World Refugee Day 2020. We, at My Assignment Services, are concerned and will be initiating various online petitions for the betterment of refugees around the world. In our opinion, the first thing to address is their safety and rehabilitation in a foreign land. Unlike you and us, most refugees are not given a choice. They fled their countries and homes to safeguard themselves and their families. It is almost ironic to be discussing this in 2020 as it reflects a medieval perspective to power and expansionism which is the primary reason why refugees are created in the first place. No matter whatever our historical and political differences may be; dignity for adult life and innocence of childhood must be preserved at all costs.

Looking for Assignment Help through guided sessions? Get it done TodayOrder Now

A Key to Successful Essay Writing