Can you believe that the idea of saving money was an elite concept back in the 18th century?

During the famed Age of Enlightenment, it was the wealthy, genteel society and the woke clergy that understood the importance of saving money and took it upon themselves to pass on the knowledge of thrift; especially to the lower classes. Since then saving money has evolved from hiding it in books to a full-blown retail banking industry which is popular even today despite the interest rates being in a free-fall in all major economies for some years now.

31st October, World Saving Day or World Thrift day is now a major event in every savings bank calendar. The options to save money have evolved too. With our popular Finance Assignment Help services, we deal with assessments related to savings from exposure to capital markets and digital currencies to investments in Forex and Debt Bonds and even financial prudence in terms of Sovereign debt. Saving Money has surely come a long way since the Great Depression. 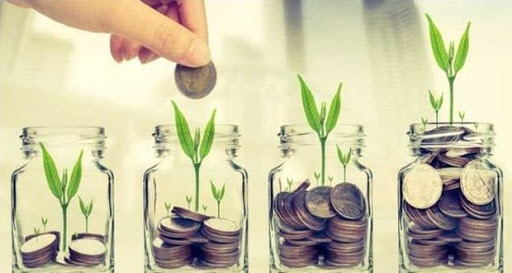 The theme for World Thrift day 2020: When you save a bit; big things follow.

World Savings Day | How it started and how it changed banking forever.

The idea of savings has since caught up as it also ensured a better lifestyle and by the 19th Century it was propagated widely enough to take a commercial form of sorts. It was in Milan, Italy, when the International Savings Bank Congress resolved on its last day to observe 31st October as World Savings Day led by Italian Academic Filippo Ravizza. The World Society of Savings Banks or the Thrift Congress was supported by 29 countries in the first year and hence the Global Savings Day was marked with the active collaboration of saving banks with schools, cultural and sports societies, the clergy and even popular women associations. Filippo is also credited with giving the first thrift slogan, “ Live the Thrift ideal, Make Every Day a Thrift Day”

was at the peak of its popularity; so much so that

the mascot for the day in Austria ‘Sparefroh’ or ‘Happy Saver’

has a street named after it

and the magazine by the same name

sold a little less than half a million copies in 1970s Austria,

that was almost 10% of the country population back then

The 1924 event in Milan was the first Thrift Congress where the (ISBI) International Savings Bank Institute was conceived. The initiative was widely accepted and delegates from thousands of savings banks from 29 countries participated in it.

How and why the Thrift caught on…

World Savings Day was partly created out of desperation which was synonymous with the ravaged economic state in the early 19th century, prevalent across Europe and even the United States.

Spain started observing the day in 1921 and Germany adopted it aggressively in 1924 after the massive public wealth losses due to the monetary reforms. To date, World Savings Day in Germany is celebrated on the last working day of October as 31st October is a public holiday in some parts of the country and the idea behind the event is for the banks to stay open on this day.

Did you know that even in the 21st century, in most of the developing world,

the number of savings bank accounts does not exceed 10% of the population?

In 1928 Soviet Union, the head of savings bank distributed hundreds of thousands of money boxes around the country in shapes of small barrels, trunks and some even made to look like book calendars, just to raise the public awareness. The country also appointed a Savings Inspector in each Government department whose job was to encourage Government employees to live thriftily and to spread the idea at root levels; in villages, schools and other public institutions. 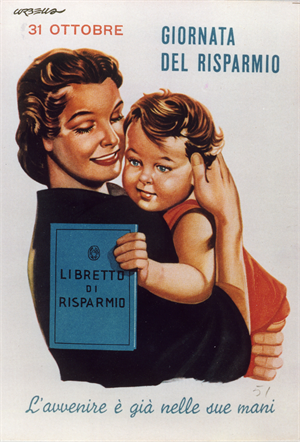 Early campaigns to popularize World Thrift Day in Europe featured women and children at the heart of their message. This was an attempt to integrate savings with family welfare and to enable the idea at the grass-root level. (image - wsbi-esbg.org)

In Belgium, savings passbooks were distributed in elementary schools during 1927 and close to 6000 schools actively taught the Belgian young minds to be thrifty. (Source: wsbi-esbg.org)

Spanish lawmakers on 31st October 1927 ran a countrywide initiative to open savings pass-books across the country and created a new product called ‘Worker Savings’ through which they collaborated with employers to enable a direct deposit from people's wages to go into a savings bank account. This was arguably the precedent for Provident Fund Savings which is very relevant in many countries today.

One of the biggest scale-ups in this direction was done by Indian Government between 2014-16 through their Jan Dhan Yojna. More than 250 million bank accounts were opened for unprivileged who were earlier completely out of the organized banking sector. The Government is now using these accounts to transfer direct subsidies to people involved in agrarian sectors and for state welfare schemes aimed at uplifting the economic conditions of people living below the poverty line in India. The availability of a savings bank account where the poor don’t have to maintain a minimum balance or pay a service-fee is encouraging the large population to use it for actual savings too.

Just like the natural balance of things, a bit of good came from the dire economic times of the early 19th century. It was to be exact in 1924 whilst colonialism was on its way out and capitalism for showing green offshoots. Turbulent times indeed; as we all know which led to the Great Depression but also along with the acute dearth of money; modern economic systems added a fresh new chapter; the ‘Importance of  Saving Money’. Thus on 31st October 1924; for the first time in our world, International Thrift Day or the World Savings Day was observed with a novel aim of encouraging everyone irrespective of their gender, creed, race or financial status to save money and the idea is now a multibillion-dollar industry led by Retail Banking behemoths and by the Capital Market Products.

So what’s your thrift on World Savings Day 2020. Here how students can save some money…

Cook at Home – You will be surprised at the amount of money you will save if you cut down on your regular take away orders and cooking is life-skill that you will always cherish.

Ditch your Gym and start working out the free-ways. Running and Free-weight Cardio is the best way to increase your muscle mass and immunity.

Make Saving a Habit no matter how little you can save each month. Remember, “Small Savings make way for Big Things”. This is incidentally, also the theme for World Thrift day 2020.

Book or avail online assignment help at My Assignment Services. You can save a crazy amount of money in your regular assignment costs and with our referral assignment program, you get paid 20$ every time your friend books an assignment help order with us.

Consider this as our gift on World Savings Day.

Read this Before You Pay an Expert to Write Your Essay

Importance of Epidemiology in Times of Covid 19