Whether you are a full-stack programmer, a systems architect student or pursuing Computer Science, distributed Java Programming with RMI and CORBA makes an integral part of the curriculum and makes you highly employable once you score well in the field. Experts at My Assignment Services, are all well versed with the nuances of the discipline and can provide you with the required Distributed Java Programming with RMI and CORBA help.

Here, at My Assignment Services, we connect you to professionals that invest themselves in cutting edge research in their field and hold PhD degrees. These professionals can write your assignment for you and even provide consultation to help you with it. But if you are here to learn the concepts of the Java Architecture for distributed Applications or even something about CORBA distributed Architecture, keep reading to find the important concepts that our experts believe would help. 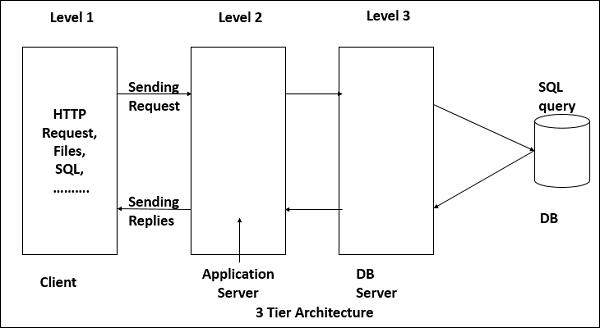 A typical distributed application is distributedly built upon several layers. At the bottom-most level, there is a network that connects a group of host systems together and enables them to communicate with each other. The protocols like TCP/IP network protocols let these computer systems send and receive data from each other over the network. All the systems connected to the network are enabled with the ability to package and address the data for delivery to any other system connected to the network. On top of the network protocol, higher-level services such as directory and security protocols can be defined. In the end, the distributed program runs on the top of these layers while using the mid-level services and the agreed network protocols as well as different operating systems to carry out organized activities around the network.

In other words, distributed applications can be imagined as highly coordinated groups of programs and systems working towards achieving a single goal. All of these isolated agents could be seen as distributed across multiple processes on distant hosts. These agents or resources could also belong to multiple instances of applications at once. One may develop an ATM machine application, with the help of distributed systems that may consist of a database server and a system to distribute customer requests across the network to handle requests. The two agents within the ATM would be then the account server agent along with the customer request agents. Instances of these agents might also be present in the main server of the organization or the bank.

So now that we have explained What are Java Distributed Architecture for Distributed applications our experts that provide Distributed Java Programming with RMI and CORBA Assignment Help explains other important aspects of the system. CORBA distributed architecture and RMI with Java are important to know as well. 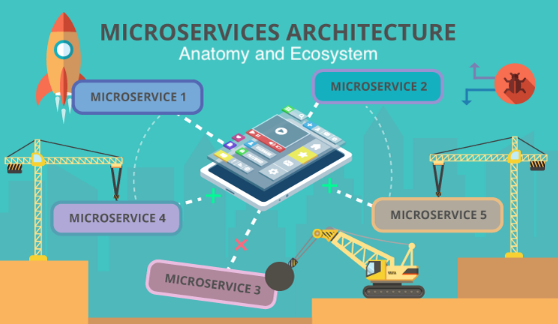 Several processes can be run on a typical computer system at once. A process can be defined as a sequence of commands and steps in a programming language that compiles the program into an executable format. Thus, eventually enabling it to run and execute in the operating system. While a process runs in the operating system it utilises system resources like system memory, CPU, GPU and ALU along with I/O devices. A process can exclusively belong to a particular application or could even be shared within the applications that use singular processes to complete tasks.

The thread of execution forms the smallest sequence unit of the programmed instructions. These threads are managed and executed independently by a scheduler which is generally a part of the operating system itself. Every process requires a thread of control. Some operating systems even support the creation of multiple threads within the single process. Many operating systems allow the development of multiple control threads within a single operation. Every thread in a cycle may operate independently of the other threads, but some coordination is normally between them. For example, one thread might track input from a socket link, while another could listen and wait for user events (keystrokes, mouse movements, etc.) and provide user feedback from output devices (monitors, speakers, etc.). Data from the input stream can, at some point, require user feedback. At this stage, the two threads would have to manage the input data flow according to the attention of the recipient.

Programs that are written in Object-oriented languages are made up of multiple objects that act together inside singular classes. Objects are typically known as instances of classes. In layman’s language, objects can be defined as a group of related data. Objects have methods available that allow them to query data or even alter the stored data in them.

Let’s proceed further and understand CORBA distributed architecture in the later sections. Our experts at My Assignment Services have explained the concepts of CORBA and RMI in a simple and understandable fashion.

The acronym RMI stands for Java Remote Method Invocation and CORBA stands for Common Object Request Broker Architecture. These two are imperative and widely used mechanisms for distributed object systems. Each of them has their own unique features along with their own shortcomings. But, both are industry standard and are used in applications like e-commerce, health care, banking and fintech etc. 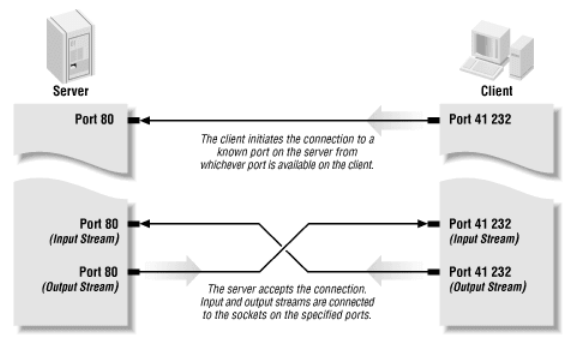 The client/server paradigm is a type of distributed computing, where one program (the client) communicates with another program (the server) for knowledge-sharing purposes. Under this process, both client and server typically speak the same language — a protocol that is known by both client and server — thus, in the end, they are able to communicate effectively. Although the client/server architecture can be applied in several ways, low-level sockets are usually used for this. Using sockets to build client/server networks implies we need to create a protocol that would be a series of commands. These series of commands can be settled upon by the client and server through which they can communicate through. For example, the HTTP protocol that provides a method called GET must be enforced by all web servers and must be used by web clients (browsers) to retrieve documents. 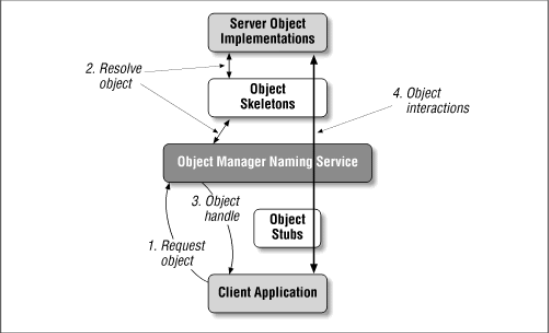 A distributed object-based framework is a set of artefacts that isolates the service requestors (clients) from the service providers (servers) via a well-defined encapsulating mechanism. In other words, clients are segregated as executable code from the execution of the services. This marks a major difference between object-based models from the client/server model. A client sends a message to an object in the distributed object-based paradigm, which in turn interprets the message to determine the operation to run. Selection of this function or process may be achieved either by the entity or by a broker. Examples of this pattern are the Java Remote Method Invocation (RMI), and Standard Object Request Broker Architecture (CORBA).

Corba distribution architecture is an important concept that should be covered by a student. To provide the appropriate Distributed Java Programming with RMI and CORBA Assignment Help, our experts have covered this topic in brief.

The Common Object Request Broker Architecture (CORBA) is a standard that the Object Management Group (OMG) is developing. CORBA defines a communications system by which objects that are spread over a network are enabled to communicate with each other irrespective of the medium and language used for the creation of such objects. Thus, they are highly platform-independent. Corba brings together the different prices of a program written in different languages to work with each other in a single software. More simply, CORBA is a program framework for normalizing the semantics of the method-call between application objects that are located either within the same address space (application) or remote address spaces.

CORBA specification specifies that an object access broker (ORB) must be implemented to help a program communicate with other objects. The program essentially initializes the ORB in operation and accesses an internal object adapter that manages items such as reference counts, entity (and reference) instantiation policies, and lifetime entity policies.

Get Your Coding Assignment Done by Experts Now!

You must have understood the concepts of the architecture of distributed application by now. However, coding and making assignments for the subject isn’t an easy task at all. We understand the frustration and thus provide you with the appropriate Distributed Java Programming with RMI and CORBA Assignment Help. Making a solution to distributed Java architecture is a task for professionals. We will connect you with the experts that would do your assignment for you at nominal prices.

Our perks and services:

What are you waiting for? Call us now and get a solution that would score you stellar grades.