Dunnarts – The Endangered Ones of The Kangaroo Island Assignment Sample

A discussion session was held at the Charles Darwin University in its Sydney campus on the recent environmental collapse in Australia. The moderator, ecologist Dr Rosemary Hohnen started off the discussion by giving real inputs on the current environmental crisis that the country has been facing for a while. She cited the instance of the Kangaroo Island dunnart, a mouse-sized carnivore is about to get extinct due to the recent bushfires caused due to lightning burning half of the island. The conservationist found only 500 of the clan remaining while a few days back there were no such concerns about the existence of such species. Through her discussion Dr Hohnen has rightly pointed out the ecological crisis that the Australian society has been undergoing. She is very concerned as the ecological wrath would soon have its implications in the lives of the common people and it is the time to act soon. Please refer to http://www.nespthreatenedspecies.edu.au/people/rosemary-hohnen 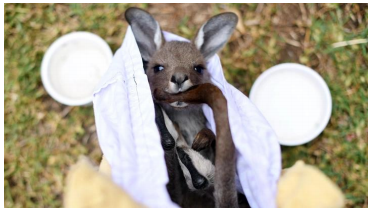 Sarah Legge, the ecologist at the Australian National University supported the claims of Dr Hohnen stating that 90% of the habitat of the dunnarts were completely blazed. She mentioned that Kangaroo Island was the only spot in South Australia where dunnarts could be found in plenty. According to her the species were an endangered one and the Australian wildfire had merely accelerated the process. Reports suggest that the Commonwealth administration had listed dunnart as one of the species under threat in the post-bushfire scenario. She is very apprehensive as the damage of their habitats had wiped away their hunting ground and without food, they are most likely to perish. So there is an immediate need to recover them and provide measures to protect them from the whims of nature. Please refer to https://researchers.anu.edu.au/researchers/legge-sm 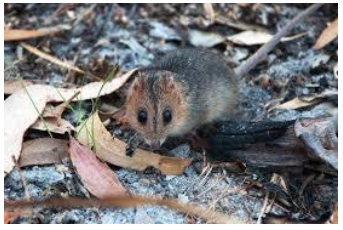 Figure 2: 90% of the Dunnart habitat gone

Pickrell (2020), in his article at the Guardian has raised a concern that the smoke emitting from the Australian bushfires are far dangerous than the fire itself. It is because the animals might escape the fire but the smoke emitting off it is decreasing the air quality, it is very harmful for the animals. But on a positive note, certain environmental organisations along with private bodies are coming forward to lead a helping hand in this regard (Environment.sa.gov.au, 2020). The Australian Wildlife Conservancy partnered with the Kangaroo Island Land for Wildlife to initiate a recovery plan for the endangered dunnarts and strived to engage the communities in this exercise. Accordingly, a social awareness had been staged using the social media platform of Facebook for seeking monetary and community assistance.

The sorts of discussion at the university campuses, especially the one at the Charles Darwin University in Sydney led to a mass awareness on the serious condition of the dunnarts in the Kangaroo Island. The financial assistance would be used to provide rehabilitation to those species, recover them from the affected areas of Kangaroo Island and use helicopter and drone services to locate and treat those animals (Pickrell, 2020). The effort would be fruitful if the private bodies collaborate with the local administration of Kangaroo Island to recover and rehabilitate those species at once. It is a fact that there are other species like koala which has suffered a lot during this debacle but if the dunnarts are not rehabilitated, they would extinct from the world. So it is the time to act at once and have effective outcome to save the endangered dunnarts.