The Malaysian economy is facing downtime which is worse than the Asian Financial Crisis of year 1998. The number of subsequent events, starting from political jitters, followed by the outbreak of deadly coronavirus disease and then the crash of oil prices have led to slowdown in the economy. However, there are many fiscal and monetary measures taken by the government and reserve bank of Australia to combat recession in the economy.

The newspaper article, “Malaysia macro update – It’s downtime” will help to analyse the fiscal measures by the government of Malaysia on the aggregate demand and aggregate supply of the economy. The monetary measured introduced by Bank Negara Malaysia (BNM), the central bank, will help us to analyse its impact on the economy.

We will use the AD-AS model to analyse the impacts of monetary and fiscal policy of the country. These models give a clear picture of the consequences of these measures on the output (Real GDP), inflation and unemployment of the economy.

Impact of Covid-19 on the Economy

Fiscal policy can be defined as the government spending and taxation policies to control the economy. In order to stop the economy to enter recession, the government of Malaysia has taken sizable measures equivalent to about 17% of the GDP. The government introduced bank guarantees, loan moratoriums and other measures that were mainly directed to ease the supply of credits by providing monetary support. However, these were not ral spending by the government. It was estimated that the real spending accounted of only 3.3% of GDP.

The fiscal policy by the government was to boost the economy and increase the consumer confidence in the economy. This can lead to increase in the spending by the consumers, investments by the businesses, which will further lead to growth in the GDP of the country. 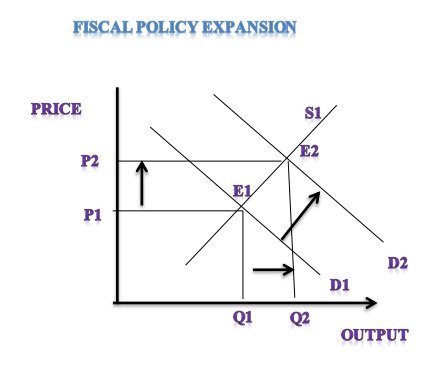