In order to find equilibrium point:

In order to find the equilibrium price:

To determine where the demand curve will cut the Y axis, Qd = 0

To determine where the demand curve will cut the X axis, P = 0

To determine where the supply curve will cut the Y axis, Qs= 0

To determine where the supply curve will cut the X axis, P=0 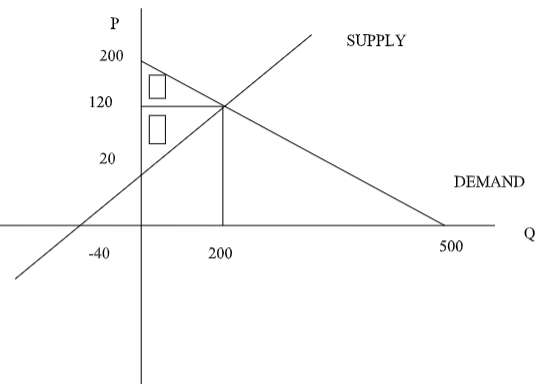 Consumer Surplus: The part above the equilibrium price level and below the demand curve is consumer surplus.

Derivation with respect to P

Price Elasticity of Demand = % change in quantity demanded/%change in price

Therefore, it can be evaluated through the above computation that the quantity demanded will change by 6%.

ii) Total Revenue will decrease as with the increase in the price by 10% the quantity demanded of apricots will reduce which will eventually reduce the overall total revenue. 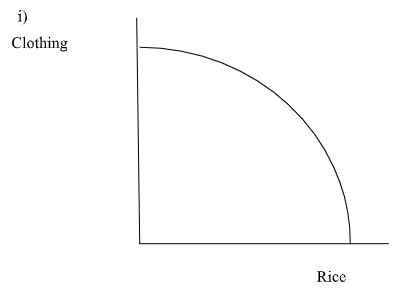 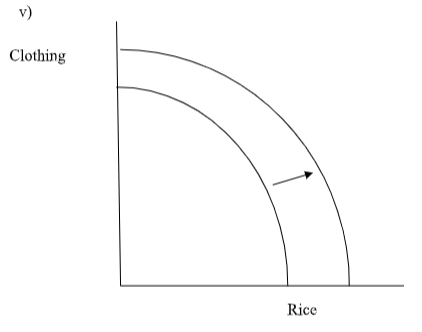 With the up gradation in the technology there will be an outward shift in the production possibility frontier. The up gradation in the technology helps the economy is producing more capital and consumption goods with the same level of available resources with the economy. Therefore, the outward shift in the PPF is due to the increased growth in the economy with the adoption of high level of technology in the production processes (Fei & Lin, 2016). The upgraded level of technology helps in reducing the cost of production of rice and increasing the rice yield thereby increasing economic growth of China.

d) In the short run the coffee chains due to increased competition in the market the average total cost of the product to the seller is greater than the market price which will lead to loss of the seller in the short run. Thus, the inefficient ones will have to leave the market. However, if government decides to give subsidy then the sellers may be able to survive the short run thus making difficult to make economic profit in the long run.